Base attacks:
- Casual hit: Damages a core.
- Frustration dance: A bit panicked by the enemy's size, picks random stuff and throws at them. Damage scattered over some cores.
- Focused hit: Aims at a single core and destroys it.
Special skills:
- Steal life: Gains 1 HP for every HP of caused damage.
- ??

Special skills:
- Regeneration: Creates a random number of new cores. Gain 1 HP per core created.
- Resurrection: After defeated has a chance to resurrect itself.
- ??

Our hero was wandering out in the wild when a strange creature suddenly approached him. It looked like it was lost and didn’t look dangerous so he decided to take it with him as a companion.
As time passed, though, he noticed that had never seen that beast feeding itself and even if it was obviously just a cub, its growing rate was abnormally high, withouth a doubt. Also, whenever he felt more tired than usual its body was strangely glowing.
He eventually made an horrible discovery! That monster kept feeding on his time, on his life!
It was time to remove that presence from his life but the creature showed no sign of wanting to part from its main income of food. There’s only one choice left for our hero, that is to

malabagaa
malabagaa drew his weapons but didn't know yet how to defeat the enemy. Only thing he knew was that he had to act fast, because the more time they spent together, the more it would have grown! After some random swing, he decided to aim his sword at one of those glimmering cores, perhaps where the creature stored all the energy it had stolen from him. The monster at first most probably thought that he was playing but when he finally destroyed one of its cores, a loud scream filled the air and the beast showed its fangs.

malabagaa
What now?? The monster freezes for a moment, then starts to shimmer. Looks like it cannot store any shred of stolen energy inside its body anymore. Our hero, though, doesn't even have time to get relieved by this because the monster get engulfed by its own dazzling light, ending in a flare. When the visibility falls back to normal, an offspring of the monster appears!

malabagaa
Some blows have already been exchanged but were not documented. Sorry for the trouble.
Whoops, with an unpredictable move, the monster let some steam out of its body. After a while, that cloud disappears and in its place there's a smaller monster, obviously there to help its master fighting the hero. Doesn't look very strong but it'll be a pain to fight two monster at once.

At some point the ground starts shaking, initially it was almost imperceptible but it grew in intensity as time passed. The hero can feel it clearly now, it has some kind of rhythm in it.. a familiar one.. sounds like… steps!
Crap! it’s another monster, a huge one! With a quick glance, malabagaa estimates that its size is 7-10 times bigger than his ex-companion. They are also quite similar, maybe this is its mother, arrived here after its child’s scream, to protect it.
This is a problem; luckily, this new foe appears to stand mostly in the back and move slowly and even thought its attacks looks powerful, is enough to gives our adventurer a bit of hope of leaving this place alive.

The fight started before the creation of this journal so there are no detailed records of it up to now.
Roughly, the fight started 1vs1, then the minion got summoned. Later the mother arrived and not to long ago, the monster created its first offspring.
Updates will appear as replies to this comment.

The monsters pause from the fight to take a selfie and our hero take advantage of this to shoot an arrow to the giant one in the back. HIT! Another hit to the giant monster!

Monsters are growing a bit too fast and our hero tries to stop ‘em. With a quick move he first breaks one of Staglok’s cores and one of its offspring’s right after. Cores #54 and #117 destroyed! 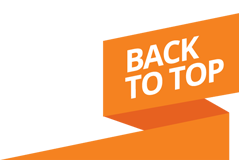 Well, looks like you reached the end (for now..)