Busy month on Steam and I could clear quite a few games. If you’ve seen any of my earlier posts, you’ll know I’m not one to chase 100%. In fact, if it’s a game I’m not keen on I’ll keep it on easy difficulty to clear the main story and knock it off the backlog. So, a lot of ‘beaten’ and very few ‘completed’ is the norm.

Removed Games
So, let’s start with the removal of Red Orchestra: Ostfront 41-45. A pretty dated game, but could still be fun so I attempted to play it and looked into the multiplayer servers a little. It’s a multiplayer only game and all the achievements require 15+ real players, so no way to use bots to activate them. Unfortunately, the servers are pretty dead. There is one Polish group that holds regular online events every week called ‘Red Orchestra All Nations Group’ but the time difference means I can’t get involved in this. The regular ‘FightNights’ are on Fridays 20:00 CET, which is 3am for me, so not really practical. Also, the regular events are not on an achievement server and so the chance to get the achievements are even rarer. I also got the community made mods of Darkest Hour: Europe ‘44-‘45 and Mare Nostrum in the pack that I bought back in 2012, so I’ve removed those too.

None! I added a few demos during the Steam event, but no new games. I’ve resisted the sale so far too, as I want to see what’s in the Humble Choice bundle before I get anything.

After trying and removing Ostfront after finding empty servers, I moved onto RO:2. I'd put a fair bit of time into the multiplayer version of the game, but hadn't really tried the single player game. It holds up very well for an old game (released in 2011) and was a lot of fun. I really like WWII and WWI based shooters. You play as the Nazis first and work through 8 campaigns, then switch over to the Soviet side and do the 8 campaigns from the opposing side. Pretty interesting idea and although the levels had the same layout, the different style of mission for each side kept it interesting. I played on the lowest difficulty and still had a lot of problems with some levels. I found the defending levels the hardest, and the Rail yard level on the Soviet side in particular. I don't know how many times I tried, but I think it was just luck in the end that got me through. There were a couple more Soviet defending levels that were tough and needed a few replays, but nothing that bad. Maybe it's to do with my play style. I wasn't very good at the commander role ordering people around and calling in air strikes, I preferred to just go alone. The game is beaten, but I can't do it on higher difficulties so no chance to get 'complete'. Pretty happy with the 89% completion for this one though.

Pretty fun game, a kind of retro GTA with lots of references to old movies, TV shows and games. One example is the main bad guy is called 'Buttnick'. There are lots more though and it's fun to find them as you play through. I completed the main story and got a fair few achievements too.

Well, that was pretty disturbing! I didn't know much about the game aside from the critical praise. I think I picked it up in 2019, but hadn't played it at all. Interesting, but that last section and the inconclusive ending was very weird. Didn't like that at all! I used a guide after finishing it to get all the achievements and see the alternative ending, so it's a rare 'completed' game.

Tough game, but I managed to get through it. The visual style reminded me of Downwell. Very enjoyable and I'd recommend it to anyone into platformers. It was just the right level of difficulty for me, there were parts that I had to try multiple times, but I felt I was getting closer and could eventually do it without getting too frustrated. I wouldn't be able to do it without picking up health packs (one of the achievements), so I'll be leaving this at 'beaten' rather than going back to try again.

I'd got pretty far in this before, just over halfway. Picked the game up in 2014, so I imagine the last time I played was around 2015-6. I had to relearn the controls, but once I had the hang of them it wasn't too tough. There were a few stages with a ton of demons (especially those charging bull type ones) that were tough and I had to retry a lot, but got through them eventually. The final boss was much easier in comparison. It was okay, as far as FPS go, but nothing outstanding. I didn't play the original, but the 'humour' in this 2013 version reminded me of the original Duke Nukem a little.

I'm very bad at fighting games, so I'm not sure why I picked this up! I have Skullgirls to work through as well. The online element of this game is dead, which is most of the achievements. I've beaten the single player game (although not with all characters!), and I found a sneaky way to get some of the other more difficult achievements through some handy guides (basically keep accessing the menu mid-game and changing character options instead of grinding through the game for hours). No way I can complete this, so it's 'beaten' with a very low completion rate and onto the next game.

Got this back in 2013, from one of the old Humble Bundles. Pretty good game. I completed the single player campaign. There's an achievement for completing Act 1 and Act 2, but actually there are two other sets of levels, 'Origins' and 'Fin'. I guess they were added at a later date and no extra achievements were added. Like Hitman last month, this is another game where I'd try to do things sneakily and get caught so just ended up running through to find the exit!

Fairly well known tower defence game that visually looks a lot like Dungeon Defenders. It was okay, not a great game for me though. I guess I got this before I realised I wasn't a fan of tower defence games. I'd got through about half the levels, and so this month just continued and finished the story. I did the lowest difficult level for a lot of them just to get through it and didn't try multiplayer. Had a quick go on endless to get one extra achievement, but the remaining achievements need grinding or multiplayer, so it's staying at a pretty disappointing 25% and goes into the 'beaten' pile.

This was a very old Steamgifts win, from a group I was in. I won this in 2013 and played 1-2 hours, but found it very difficult to control. I got past that this time by using my controller, but there were other problems. The game is linked to a client called Yuplay but either the servers for this game have been closed or the service has been stopped entirely. This means you can't access multiplayer and even launching from Steam doesn't always work. I was able to find help in the Steam forums and got the game running, but it only registered one achievement from the first mission, even though I finished the single player game. It does seem to register playtime. I've tried syncing local files, restarting the game etc. but can't get the achievements to register. So, here's a screenshot of my score for the final mission. 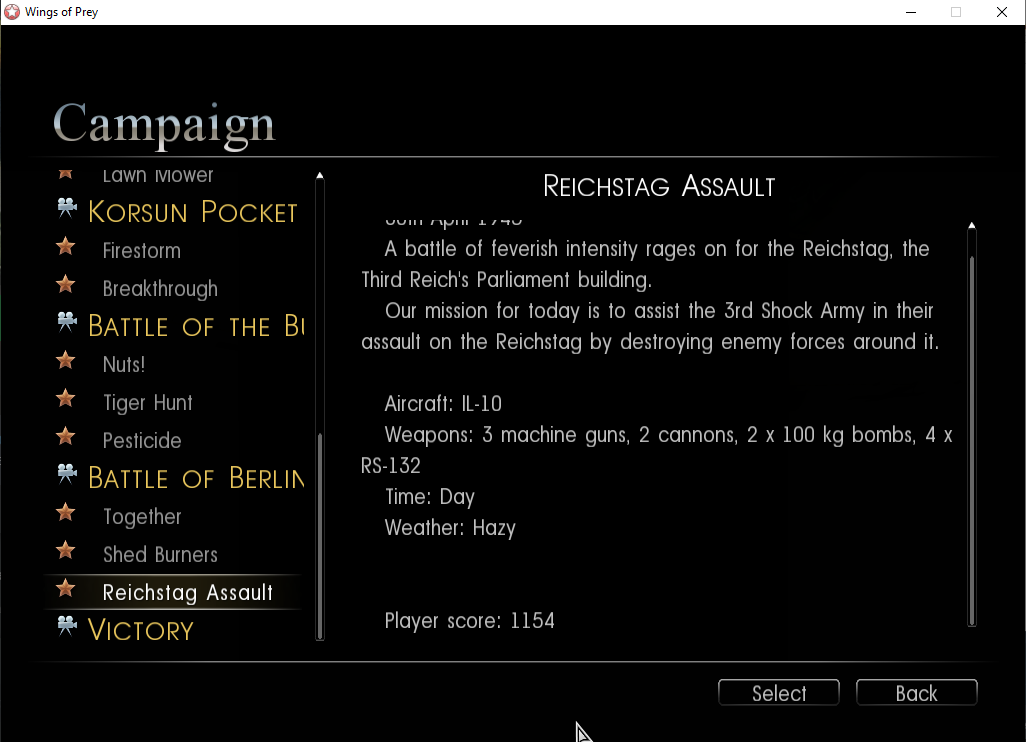 I thought an SG user had given me this randomly, but after checking I realised it was a giveaway. Terrible memory! There's a lot of love for this game. I understand why. It was interesting and I enjoyed it, but wasn't crazy about it. I'd played a few hours before, and picked up from that point. Didn't remember the start of the story that well, but remembered bits as I went along (that bad memory again!). I didn't do the specialist runthroughs - killing nobody or killing everybody and won't complete it again, but as there are no Steam achievements it doesn't matter. A rare 'completed' and another game off the backlog. Here's a screenshot of one of the last scenes in the game. 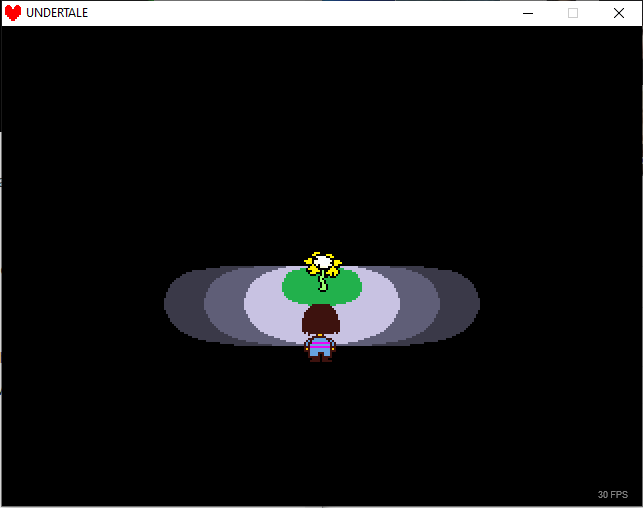