January was a great start for what I hope will be a successful year fighting against my backlog. During this month I beat 11 games, 4 of which were sgwins.

Ori and the Blind Forest: Definitive Edition - What a great game. Wonderful artstyle, beautiful story, great characters, very good gameplay, and a great experience overall. You play as Ori, a light being that is witnessing the death of the valley he lives in. He sets out to explore, discover what has happened and try to fix it. It is a metroidvania game with somewhat floaty character controls but that compensates by not being too demanding on precision, combos or tight landings and by the fact that you can save almost everywhere. Totally recommended.

Mind Spheres - A simple puzzle game in which you have to guide a ball to a designated goal by adjusting some platforms and obstacles. It is a fairly short game that can be 100% without too much trouble. The game is fairly easy and forgettable.

KAMUI - A nice shoot-em up game from the late 90s. It is, as you expect from the genre, a frenetic bullet hell with a lot going on at the same time on the screen. It is very competent in what it does and I enjoyed the fact that you have to use a secondary weapon to hit enemies on the ground or at a lower level than you are. As with every game of this type, it can be beaten in less than 1h and the lasting appeal is to break your highscore. Recommended for fans of the genre.

140 - This game was a wonderful surprise. Half platformer, half rhythm game with a minimalistic artstyle, stroboscopic animations, and loud electronic music. It is really well done and I enjoyed it very much. Totally recommended.

Jotun: Valhalla Edition - ABC challenge (finally back on track). You play as a female Viking warrior that dies and has prove her worth to the gods in order to enter Valhalla. It is boss rush game with a great artstyle and a nice setting. Before you beat each boss you have to explore a couple of areas and solve some fairly easy puzzles. Each level has some twist to it but the games feels slow and the world empty (it is the afterworld so I can’t really blame it for it). I enjoyed my time with it but, to be honest, I found it quite average, apart from the artstyle. 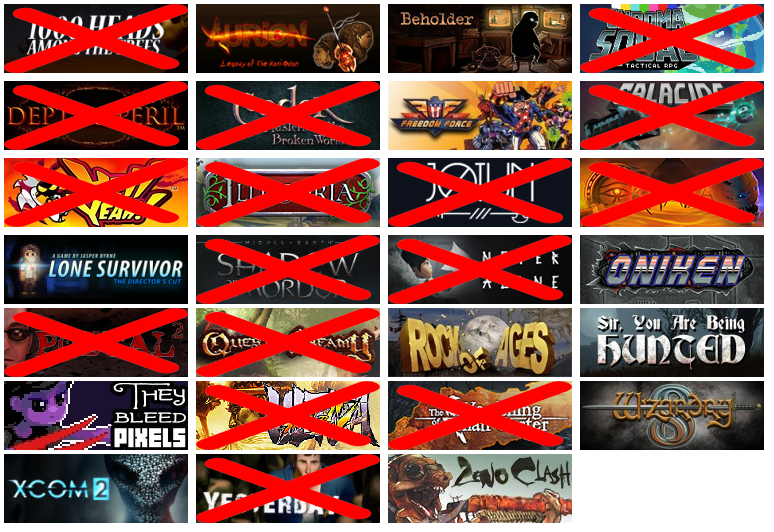 See you next week and happy backlog assassination :)