Some wins, some plays, and some abandoned. 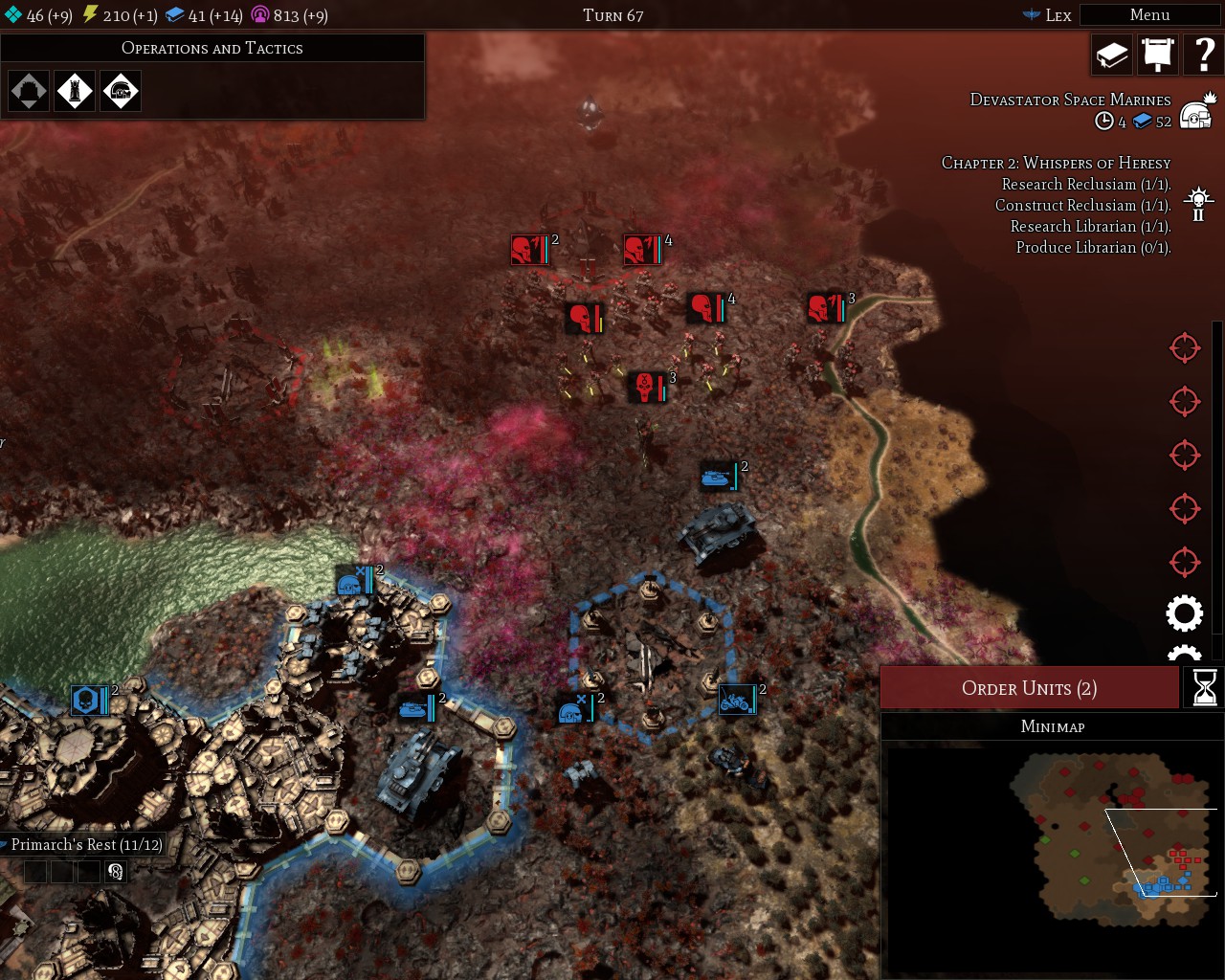 The mechanical artefacts believe themselves superior to our armies forged of flesh. We will educate them on their folly.

Civilization but in the Warhammer 40k universe and much worse. It’s ultimately just worse than Civ.

Why I like it: All the factions behave very differently and have their own tech trees, their own unique units, and the strategy changes significantly for each. The Warhammer 40k theme comes across strong which is good. Lots of ways to configure the scenario and difficulty, and there are new factions in DLC being published years later! They’ve recently added mod support too!

Why I don’t like it: It’s combat-only, and you never know how important all the politics is in Civ until you don’t have it anymore. All enemies attack on sight, you can walk through anyone’s city, and there are no alliances. Warhammer 40k Civ sounds intriguing, but the lack of any politics is a core issue for me. There’s also no voice lines for anything, although a mod seeks to remedy this glaring issue. Even Warhammer 40k: Regicide has fun voice lines for each unit. The map is very ugly. 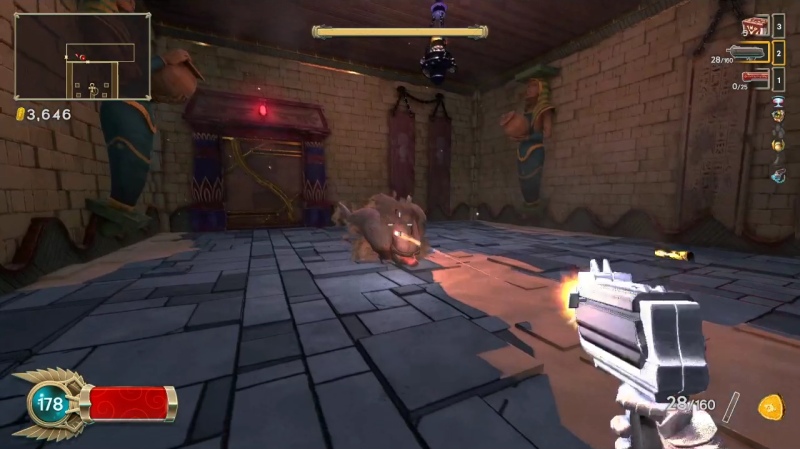 Guns, enemies, and whole lot more of the same.

Roguelike FPS with all the upgrading goodness and artificial weakness that entails. You blast through rooms while traversing a pyramid and collecting coins, weapons, and upgrade scrolls as you go.

Why I like it: Each room is another test to see if you can survive and acquire more loot. Lots of weapons with unique behavior. Enemies are varied and always fair. There’s fun puzzle rooms to mix up the gameplay. Unique bosses to challenge you. Favors, medallions, and upgrades to unlock. It’s easy to just open up the game and start playing.

Why I don’t like it: Too repetitive. I beat the first pyramid and now I’m back to being weak as heck as I start the second. Most of the difficulty in the game stems from the fact you’re underpowered as heck while grinding upgrades. It makes it feel like I’m wasting my time working getting upgrades when if I’d just had the upgrades I could get so much further in the game. It’s like if Mario had no access to mushrooms or flower or tanuki and you had to repeat the same levels again and again to finally unlock them so you can advance further. Eventually it just feels unfair.

Also, the curse scrolls. Sometimes you pick up an upgrade scroll to find out it’s a curse scroll and now you can’t change weapons, or now you only have one weapon. They basically end your run. Not fair, not fun. 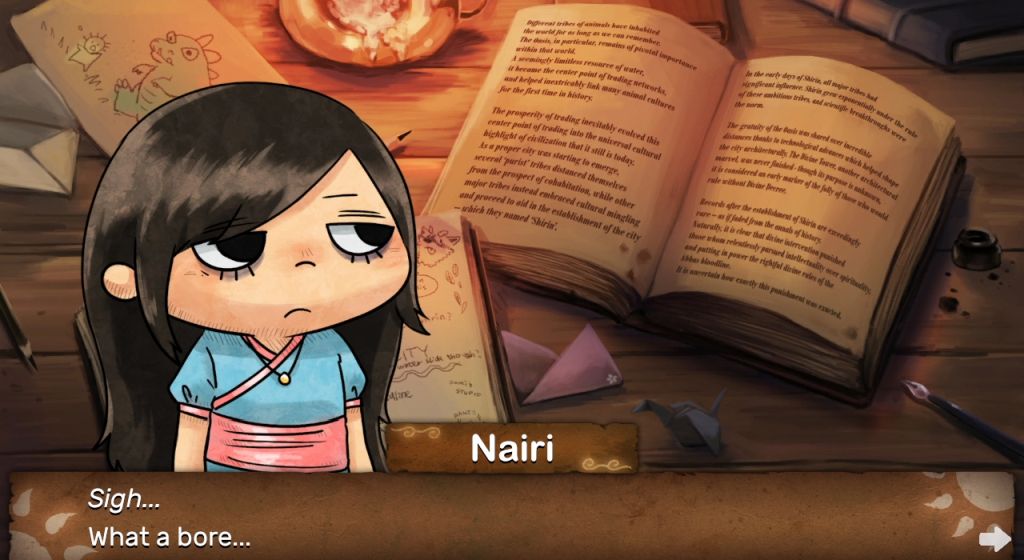 Basically a visual novel with a tiny bit of gameplay. Not for me. Not sure who it would appeal to. It’s all very childish but I can’t imagine kids enjoying something so bland with so much dialogue.

Why I like it: Cute animation and art style. Interesting setting.

Why I don’t like it: Bland story. Nothing to pull you in. Puzzles aren’t puzzling just drag and drop stuff to get through. Way too much dialogue and overuse of “…”. 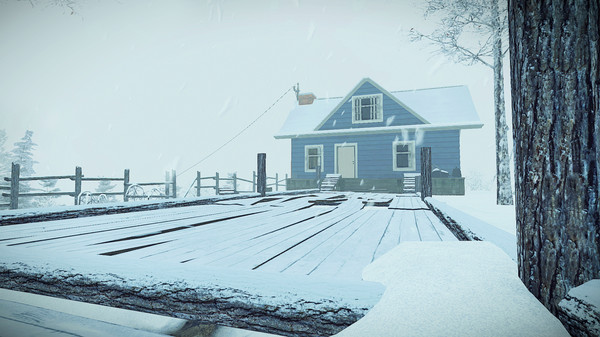 Another house to wave my mouse around blinking dots and listen to voice-overs. No thanks.

Walking simulator of the boring variety. Prepare to spend hours with little to no stimulation.

Why I don’t like it: It’s unbearably boring. Navigating inventory is excessively difficult. Doors and drawers get stuck on your constantly. It’s hard to always see into them.

I couldn’t complete the first tower yet on Immortal Redneck but I was expecting I will have all my upgrades for the second one, now I don’t know if it is worth the time.

You keep your upgrades; the enemies are just way more powerful. As for worth the time, it’s not worth it for me. I’m moving on to other games and I’ve already uninstalled it. I enjoyed the time I spent beating the first pyramid, but I’m not interested in grinding every last ounce out of a game unless it’s one I absolutely love. At some point my time with a game will come to a close, and I’d rather leave them on a high note than feel like I’m just grinding to get the end screen.