I’ve only played Ame no Marginal for 2 hours according to Steam -likely closer to 3-, and I finished it. o_o
I guess it’s time to do an update.

This one will be a lot shorter than my World End one simply because I honestly don’t have much to say. The story was super interesting and I finished it all in one sitting (I actually had plans I pushed back because I wanted to see the end of the story, haha). I was a little disappointed at first because I thought the way the path worked, each set of 2 options was a choice. But the way it actually is, where they are both separate parts of the story, actually worked out really well.

A few comments on the story: 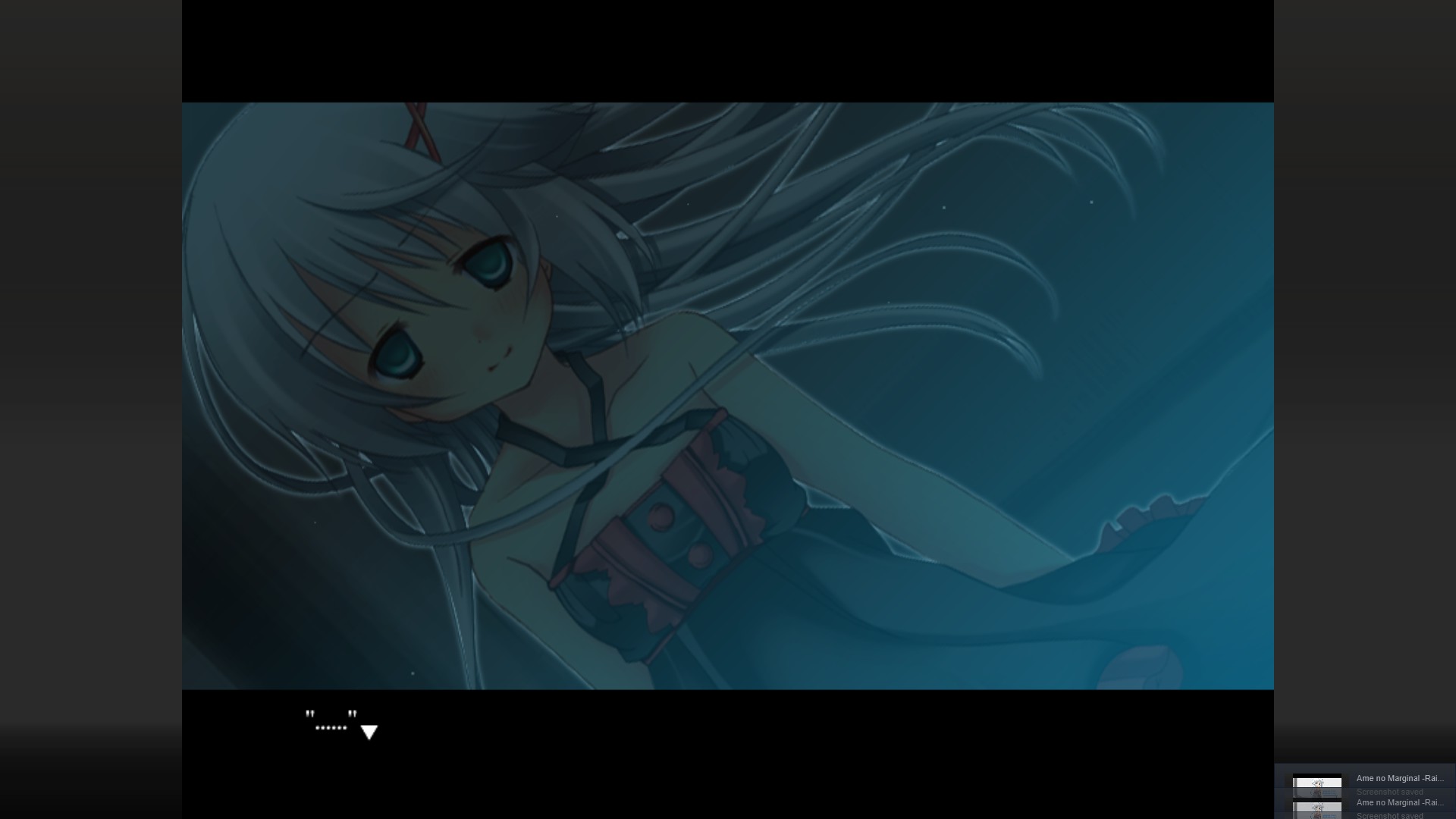 I don’t know why, but this picture’s a bit eerie to me. 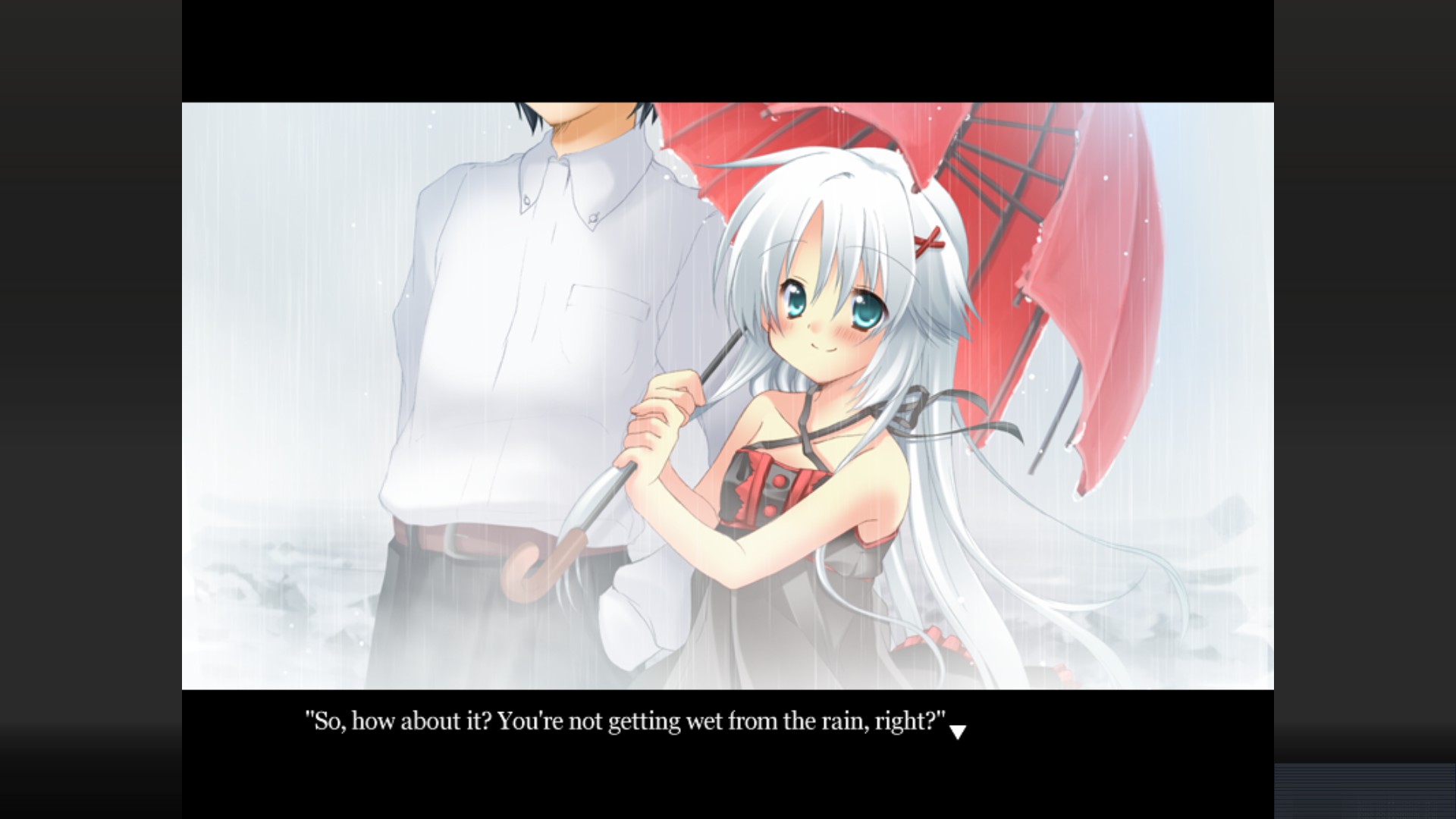 When I first looked at the backlog, the ‘heroine’ was talking and I assumed that was the protagonist, so I was quite surprised when I found out the MC is a guy. 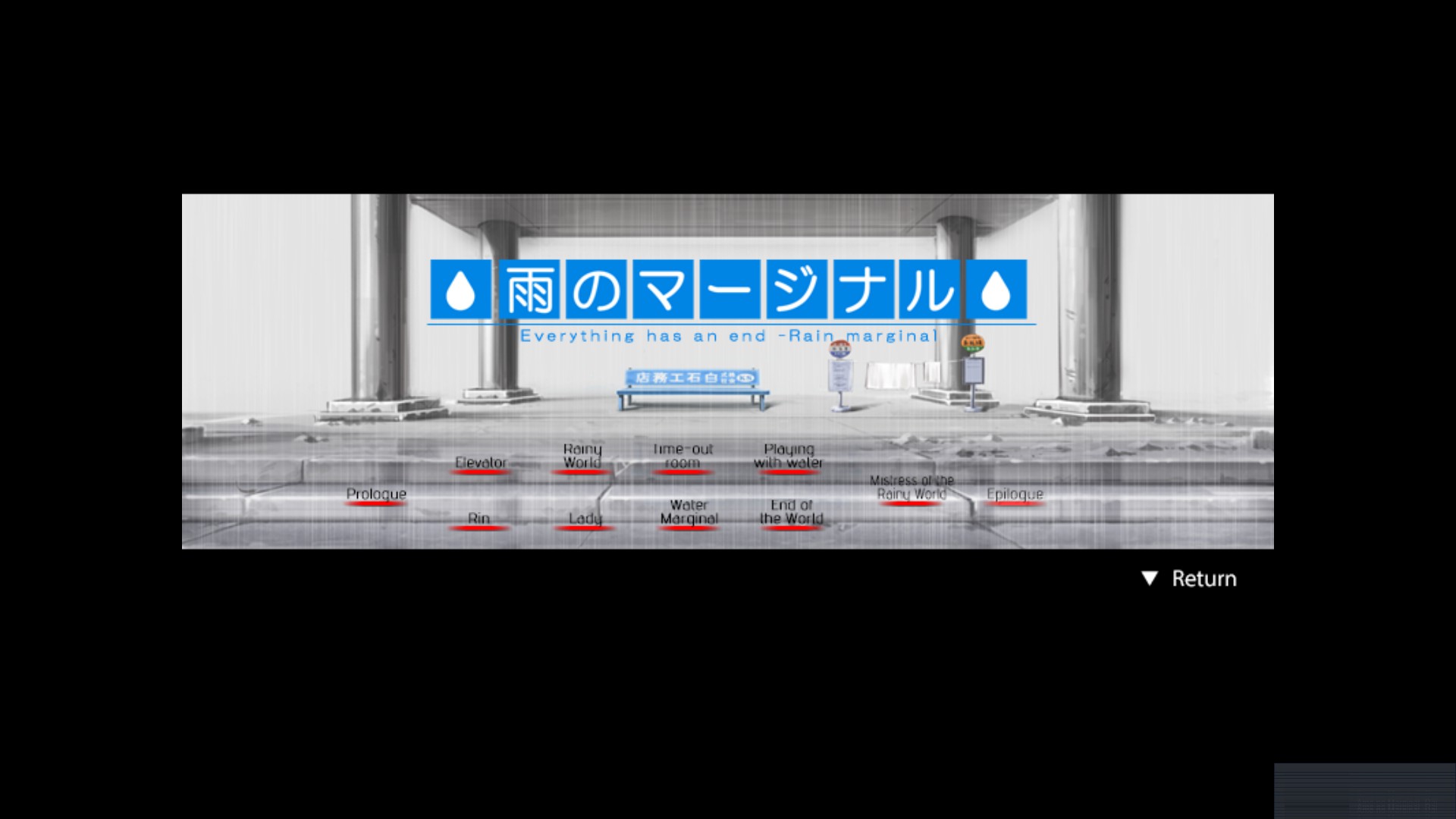 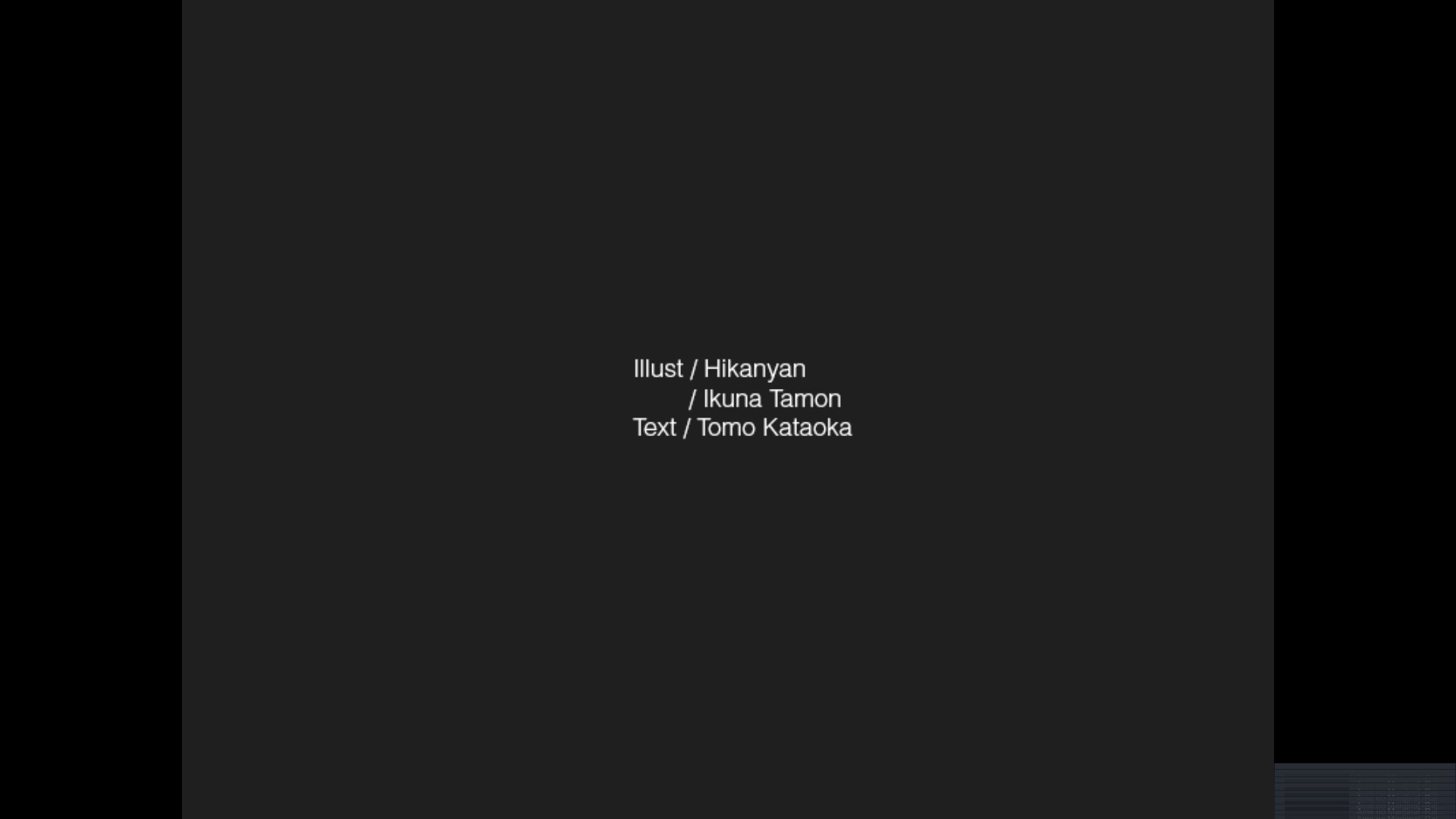 Sorry I don’t have much to say about this one. I wanted to try just focusing on the story this time around (rather than commenting on so many things in the game). Plus it’s hard to say much without spoilers.

I’ll do an actual BLAEO review later on, I think, once I have more time to think about the game/my final thoughts. I’ll say it again though, it was really, really good though, and I’d definitely recommend it to others.