June. The calm before the storm. The month that will be remembered in the history of months as the one that my - for now - baby library passed the 200 items. Trying to keep things under control (ah, that sweet - and fake - illusion of control). If we focus on the positive, then the good thing about June is that I finished more games than the ones I added to the library this month, so in theory I'm not chewing more than I can bite (in contrast of what will happen in July, after I go wild at the sales... but that will make for a different story).

All reviews are free of spoilers 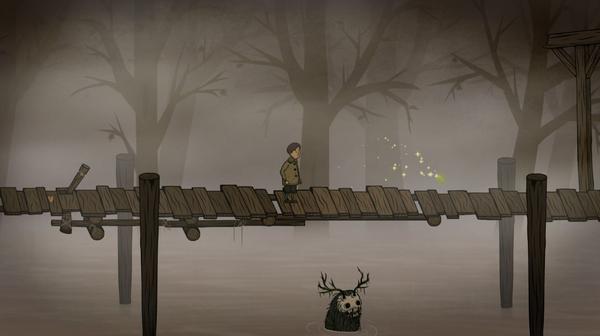 It's kind of sad to think about what this game could have been, but it's not. Visually, the game offers an atmospheric environment that really works when it comes to build up the creepiness that the title promises, and the soundtrack that goes with it also helps as a goosebumps provider. But all the potential mystery gets spoiled with a pretty tedious gameplay that quickly gets more frustrating than challenging.

The story is pretty simple - two brothers go to pick mushrooms, and end up experiencing the true dangers of the forest. You advance through the scenarios with a pretty simple point and click mechanic, that lacks of intuitive elements at some points, and in others gets frustrating because you need to click at the exact right spot if you want an object to respond. Because of this, you're going to die - a lot. The positive side about it is that when you die, you're going to restart at the exact same place where you finished, so you can keep trying without falling into desperation, at least if the game is being cooperative and you happen to be lucky enough to click on the 1mm space where the object is supposed to react. Sometimes it happens, but a lot of times, it does not.

That being said, is not a bad game. It's frustrating at parts, it's a bit dull and illogical in others, but if you're into creepy atmospheric stories, you're going to enjoy it. Overall, I did. My only recommendation is to buy it on sales, because you're going to be done in two hours. Yes, that fast. Basically, it's one of those games that it will take you the same time to finish it, that to forget about it. 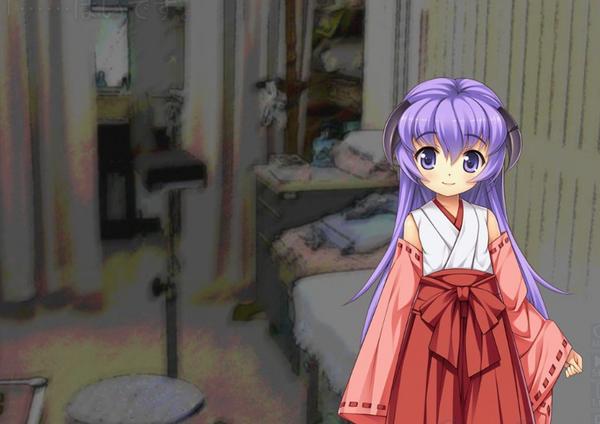 First, a warning. This review will lack of any kind of objectivity, as I am a worshiper of the whole series and not a bad word would scape my mouth about anything related with Higurashi. And chapter 7 is not an exception.

While - in my humble opinion - this is not the best chapter of the series, is the most emotional, and also the one that answers some of the most vital questions we've all been asking ourselves, so for both of these things, I loved it. As usual, the pace is good, starting pretty peaceful and then falling into a hole of craziness and wtfuckery all together. You might need psych help after finishing with it, but at this point, if you survived the previous six chapters, you're probably used (and also kind of addicted) to any disturbing content the story will bring. I know I am.

Aprox. gameplay time: 8,5h.
The best: How the story unveils with the answers we get
The worse: It's Higurashi, there's not such a thing as "the worse" :p
Rating: 5/5 stars 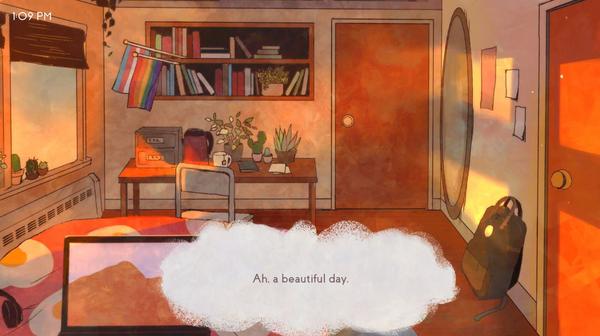 I'm always positively surprised when a free game provides such a deep insight into a story. Maybe because nothing is really free anymore, or maybe because free stuff always come with a price to pay. In this case, the price to pay is the intensity of the story, and the pressure that comes with the four different ends that you can get, according to the choices you make. Because that's what life is about - choices. Depending on the choices you make along the story, your friend is going to open up to you, or she won't.

The art style of the game is gorgeous and the graphics are full of tiny details that help you getting into what is going on. Actually, the illustrations look so sweet and are colored in such a cheerful way, that if it wasn't for the content warning at the beginning of the game you would think that the whole game is going to be a walk in the fields on a sunny day. But quickly it gets clear that this is a game about mental health, and if that is a trigger for you, then this is a game you should stay away from. Dialogues feel natural and real, and so does your bedroom, which for a few minutes, while laying there on that cozy illustrated bed, it makes you feel at home.

A love/horror story in times of technology, when we can get so absorved about the information that we've available online, that we're missing what we have around.

Aprox gameplay time: 25 mins.
The best: The graphics, and then symbolic meaning behind the story.
The worse: The feeling of emptiness at the end of it.
Rating: 4/5 stars