I like playing strategy, puzzle and RPG games but I seldom have the time or patience to do so, hence I usually play short or terrible games cuz almost nobody wants to win them on SteamGifts and a sort of penance ;) I’m really impressed by all the posts and profiles on BLAEO. I didn’t know one could jazz up the posts with something other than images! Looking forward to attack my Steam library in 2018 with the help of Playing Appreciated and Backlog Assassins. And trying to cut down on winning terrible games too… pray for meeee!

So it’s been over a year since I’ve updated my progress. And I came across the ‘June is a “play a game you won on Steamgifts” month - Through the eyes of a child. WE GOT A WEBSITE!’ thread on Steamgifts. And since I’d just played through a few games for both Play Or Pay & Playing Appreciated SteamGifts group, I decided to submit them to https://pagywosg.xyz since some of them fitted the June theme for PAGYWOSG.

Some games I beat/completed in June were:

Neon Space (Won on SteamGifts)
Yes I finally got to play Neon Space after playing Neon Space 2 over a year ago. Compared to Neon Space 2, Neon Space seems much tougher in the later 25 levels (out of a total of 50) compared to NS2. The movement controls felt a bit jankier and a bit harder to control as I had to use the mouse to “point” my orb and the WASD keys to move it. It led me to GIT GUD as I had to reload the later levels so many time :( On hindsight, I should have used a controller.

The obstacles felt like they came from a budget SHMUP with moving red laser beams, spores of red death and timed gates with laser traps. It was a bit tough as the hitbox of the orb was a bit bigger than it looked. The final level upped the ante with a boss that was shooting death balls at you while you’re trying the activate various portals. Overall, a simple & frustrating budget time-killing game with a killer dubstep soundtrack

Awesome and slightly humorous (YMMV) turn based combat squad & budget management game with a blood pumping Japanese pop soundtrack. It has above average pixel graphics, plenty of Sci-fi & anime references and some customization options for your squad mates, armor & loadout, crafting, etc. It has 3 difficulty settings: Casual, Interesting and Challenging with the game balanced around the Challenging difficulty. Even on Interesting difficulty, each mission feels like a challenge as minions often take 2 hits or down to down, reinforcements often spawn and there are different Director’s Instructions and movesets for each squadmate that you should try to pull off in order to increase your audience numbers and hence your fan base and income. Money is important to pay for actors’ salaries, studio upgrades, marketing firms and crafting items. There was a lot of hidden complexity for each mission and for an partial OCD gamer like me, I had both anxiety and enjoyment from planning the tasks I wanted each actor to perform and also adapting the plan when the enemies respawned/called in reinforcements/a boss appeared etc. in order to pull off a successful episode with maximum audience numbers. Highly recommend this game for turn based squad management fans. 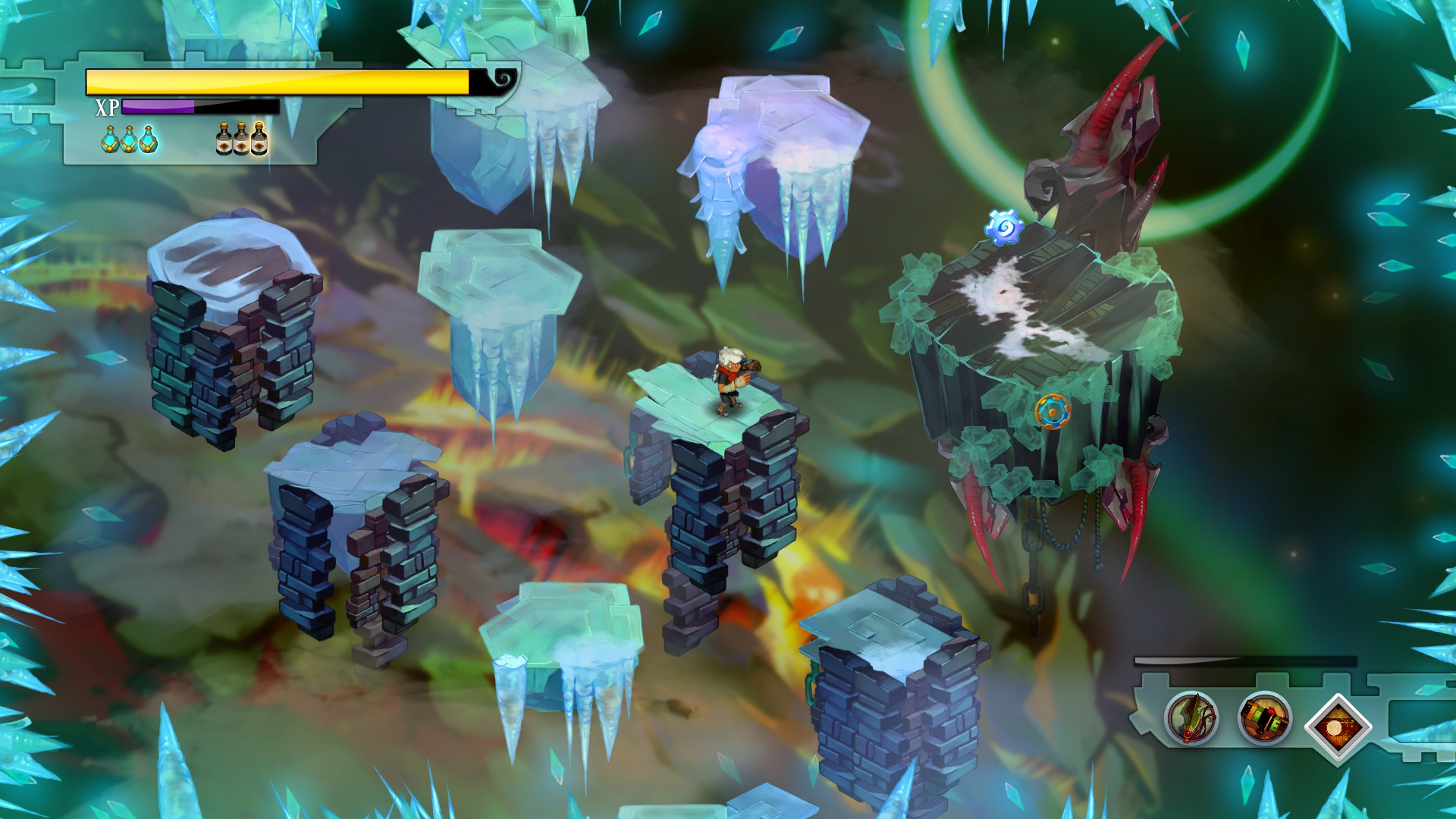 I was enjoying the gameplay, city building, “crafting”, lore, music of this beautiful up until the last area/level when it devolved (imho) into a 3D platformer with no clue which way to go and unsuitable WASD controls. Also, it really screwed me over during the final boss fight but I shouldn’t spoil it. That level really destroyed the fun I had. The ending was a bit emotional but I really wanted to kick the “villain’s” ass… but I wasn’t given the pleasure (though given the ending of the story I could see why I didn’t get the chance). The constant narrating really got on my nerves too after the first 20 mins. I think Transistor was a way better game imho though the unique combat style in Transistor takes some getting used to. Not a buy from me but I can understand why it has so many positive reviews. 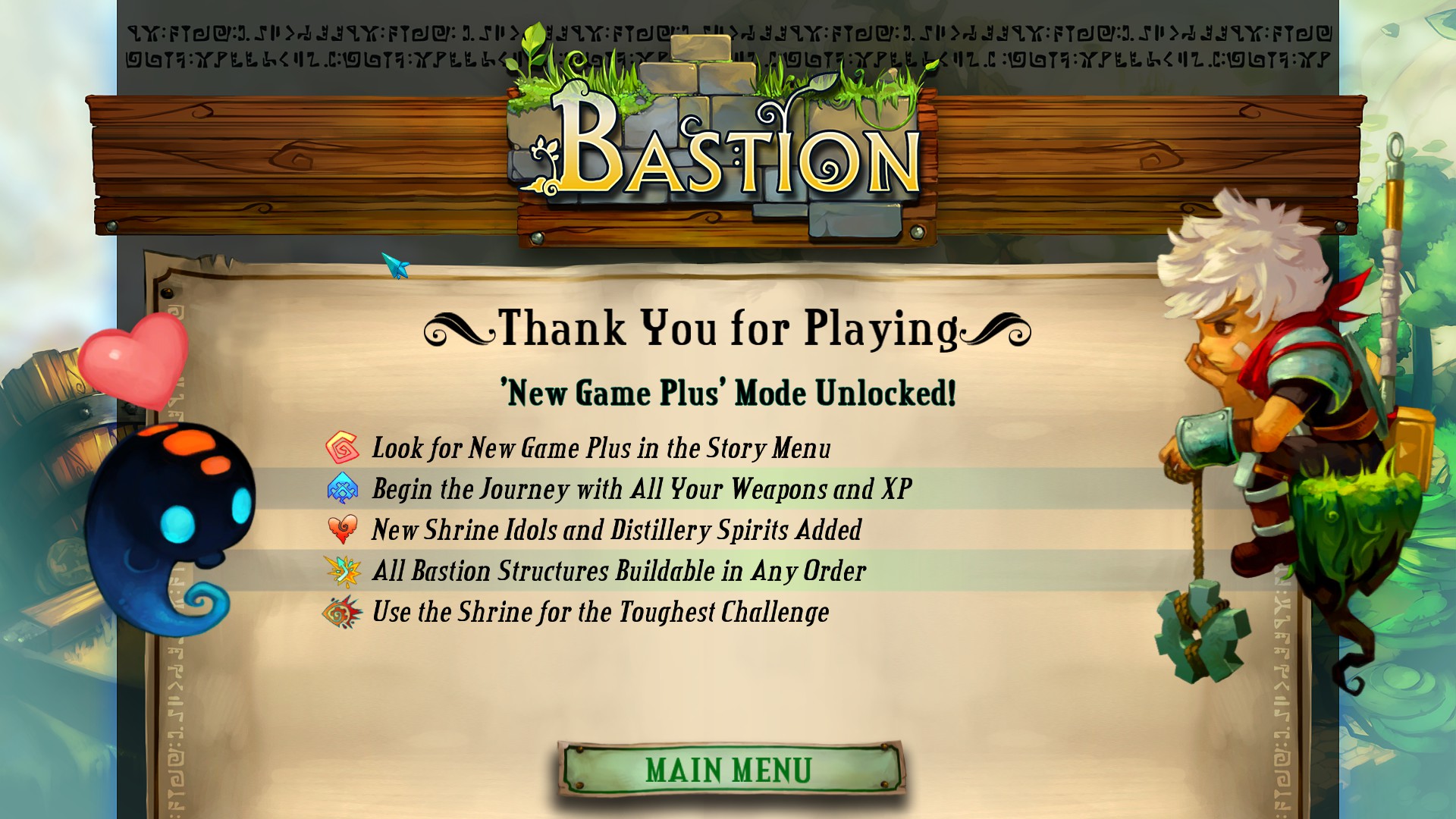 A blue and pink neon palette arcade puzzler involving piloting your spacecraft through over 30 levels of obstacles and deathtraps while using 2 spells: a slow and a blink/teleport. Fairly simple once you figure out that touching anything red means instadeath. Spamming the slow spell seems to be helpful in almost all levels (which thankfully doesn’t share a cooldown with the blink spell). The teleport distance of the blink spell takes some getting used to and was imho more of a hindrance than a help. It was necessary only in a few levels, thankfully. 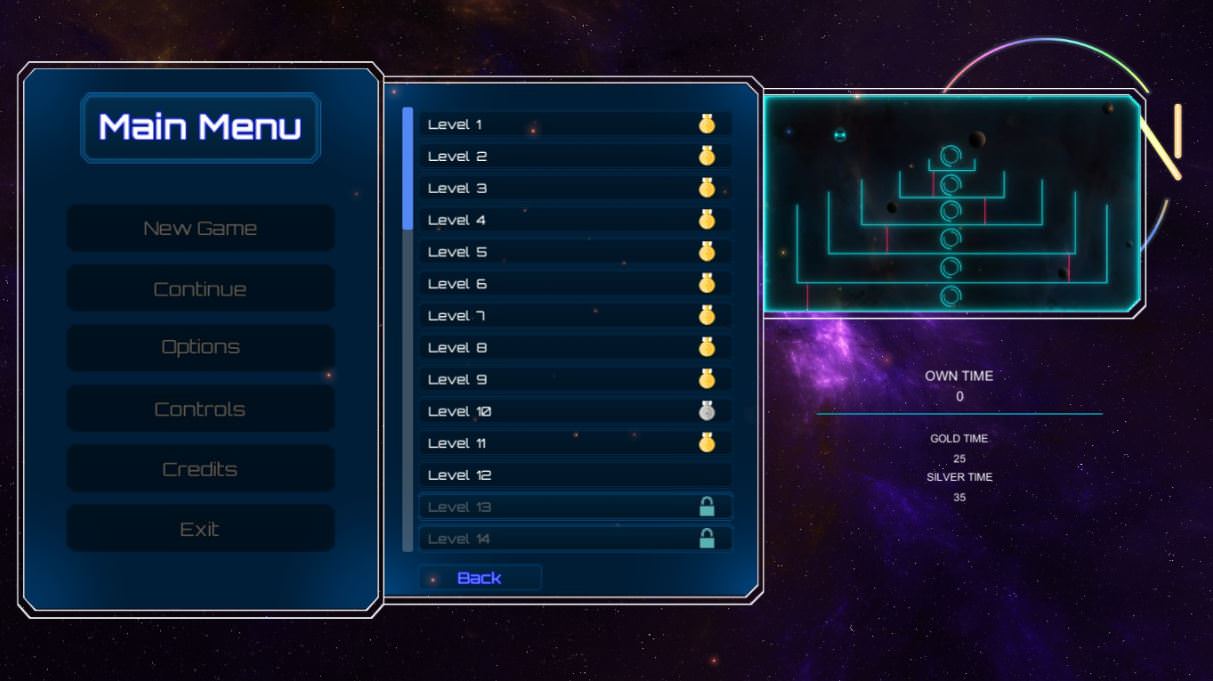 The loose controls were also a source of frustration in certain levels. The soundtrack fits the design scheme and gameplay though it does stop playing in the level if you die or pause the game. Worth getting for under a dollar if you’re into the genre. 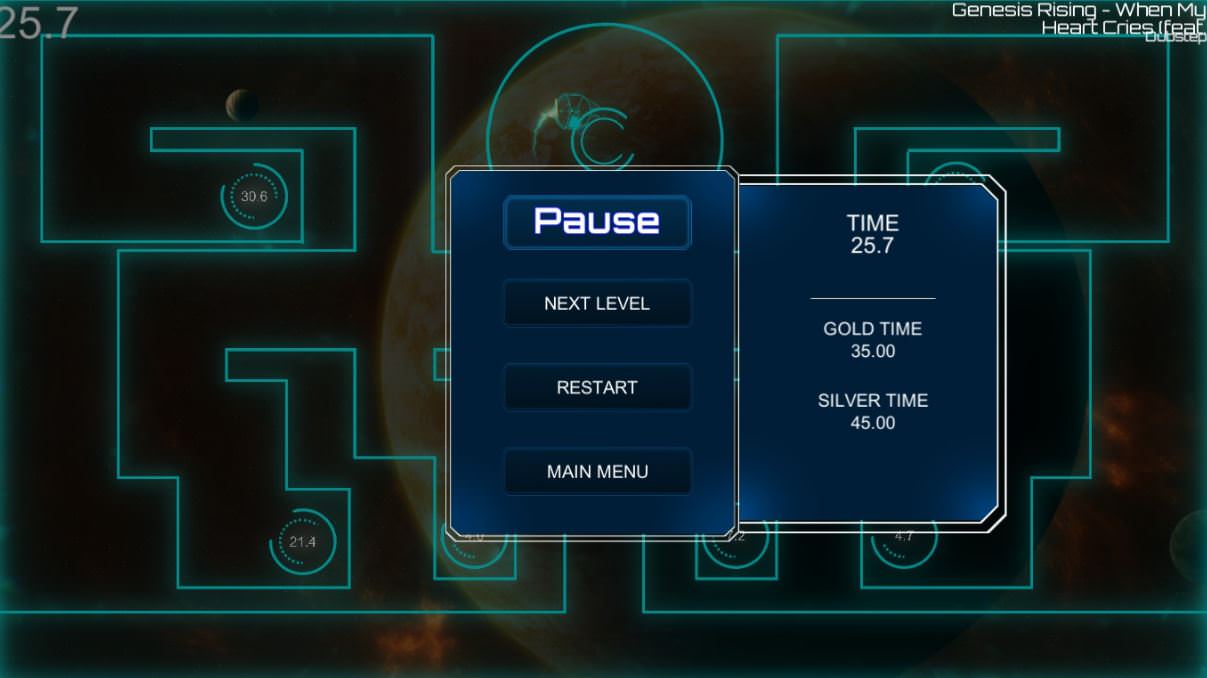 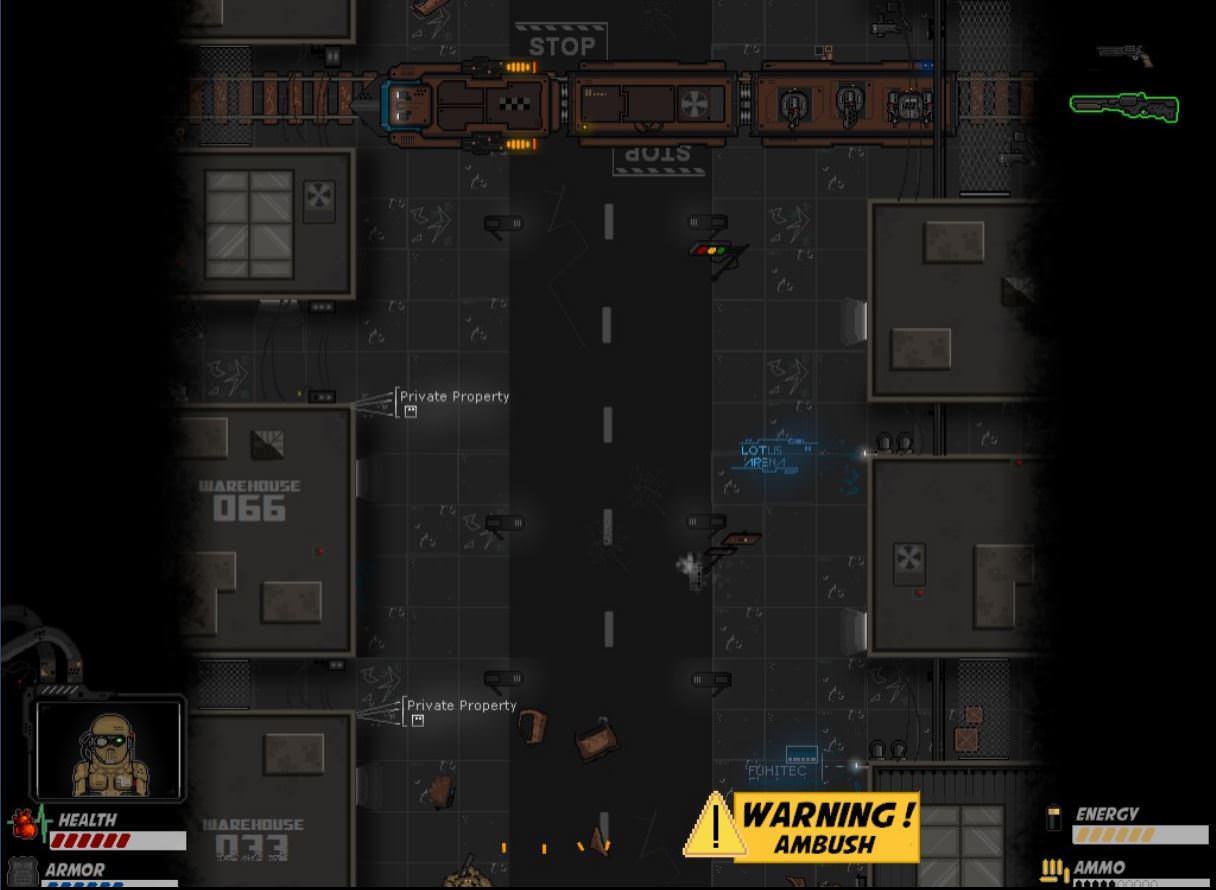 I wanted very much to like this Contra-like game but I kept getting a bug where my character disappears at a certain point when the screen scrolls up at an ambush point. Had to restart repeatedly and even then my progress wasn’t saved. Got sick of it after restarting game multiple times :( 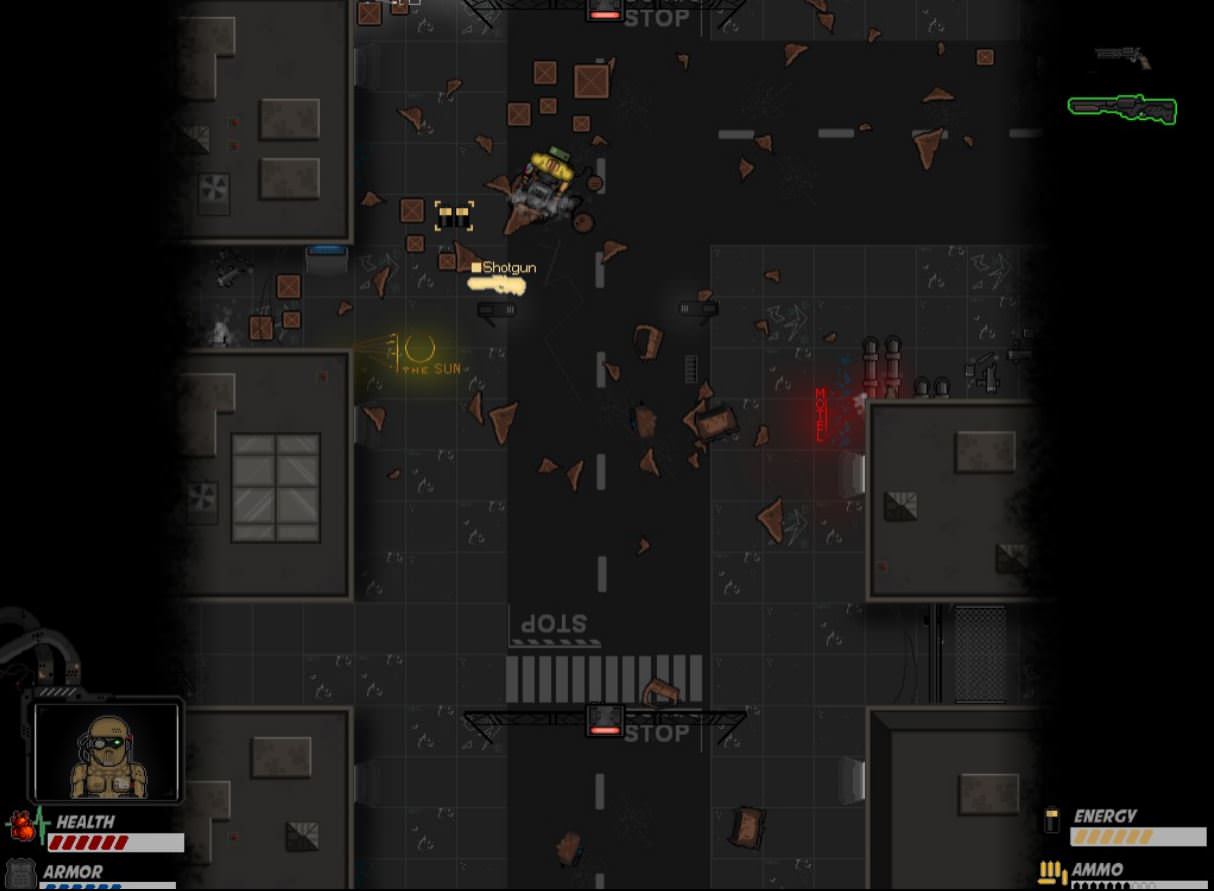 Also has no explanation on where to spend your cash points at the start of the game. I was picking up lots of cash but had no idea and nowhere to spend it as bugs kept aborting my playthroughs.

Spend your money on another game

Short but fast paced Space Invaders clone. Limited replayability with different enemy layouts even at same level. It does lack tension since the aliens ships do not approach towards your ship at all! 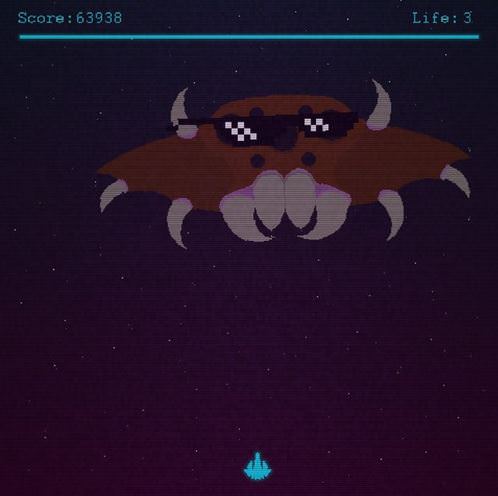 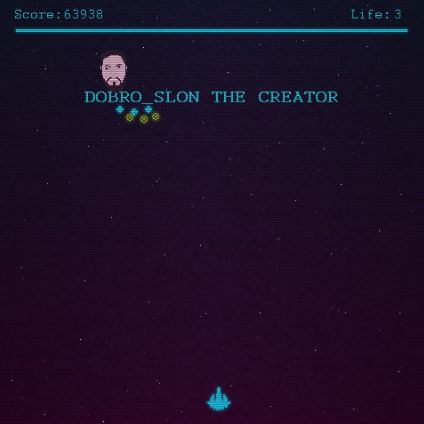 Some of the bosses also change appearance and provide most of the challenge in NSU. Your ship shoots a max of 3 or 4 bullets after a few levels (I had 4 bullets in my first few playthroughs but only got three on my final run). Be careful as there are few life power-ups. Weapon power-ups are very short lived and rather mundane like increased bullet speed, death ray, 2 bouncing projectiles and “air support”.

Unfortunately, I hated the fact that the game only runs in a low resolution windowed mode. It felt like I was playing Tetris or that Chocobo game from FFVII back in the 1990’s. Get it on sale if you like the genre.

Minimalist but fairly well done puzzle runner platformer with 75 levels and 41 achievements. Gameplay involves directing a rolling cube through a series of floating platforms to the finish line. It has simple mechanics like jumping, switching (which involves switching between foreground and background platforms), gravity switching, direction switching and shooting obstacles (thankfully there are only a few). Tougher later levels have checkpoints that save your progress so you don’t have to restart the entire level. 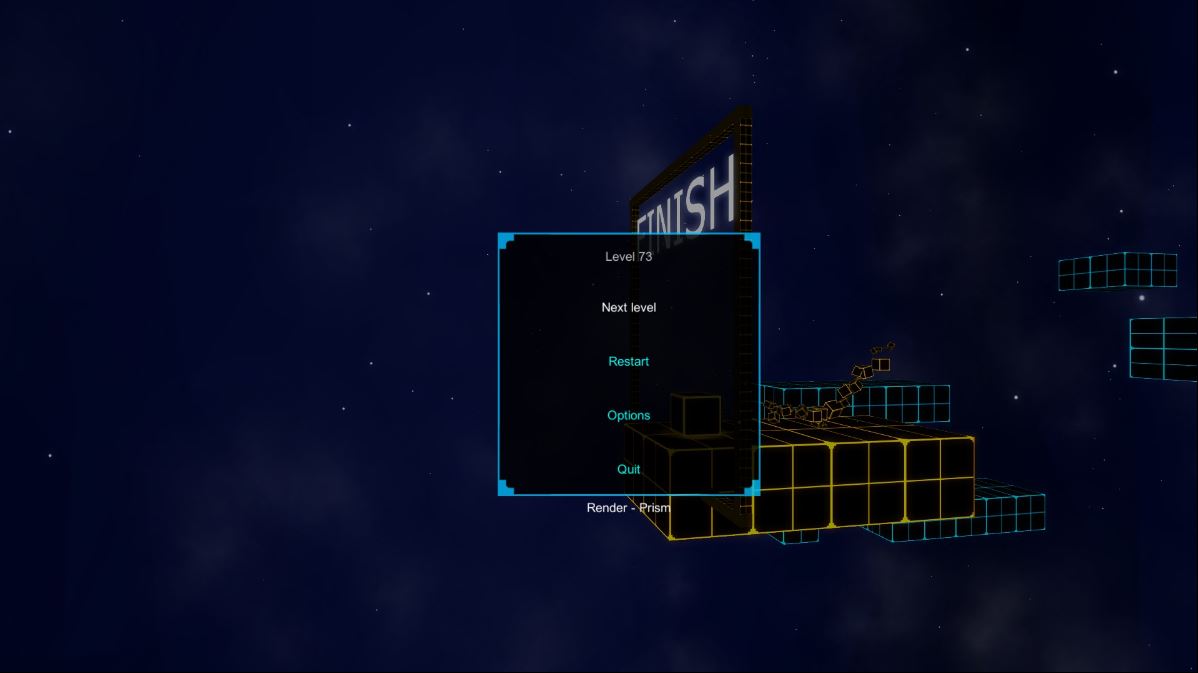 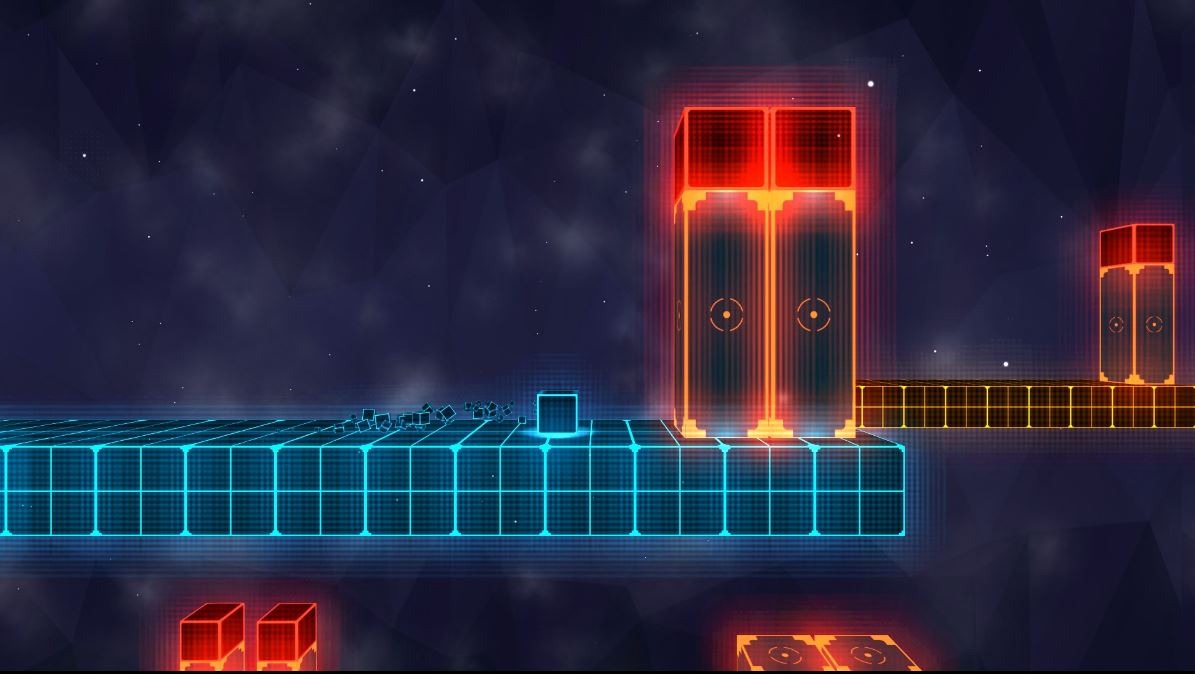 It uses a minimalist design with simple graphics and animations together with a blue, yellow and red color scheme. It has a random soundtrack consisting of EDM or dubstep music mostly. It’s not my cup of tea but it kind of fits into the gameplay and design. 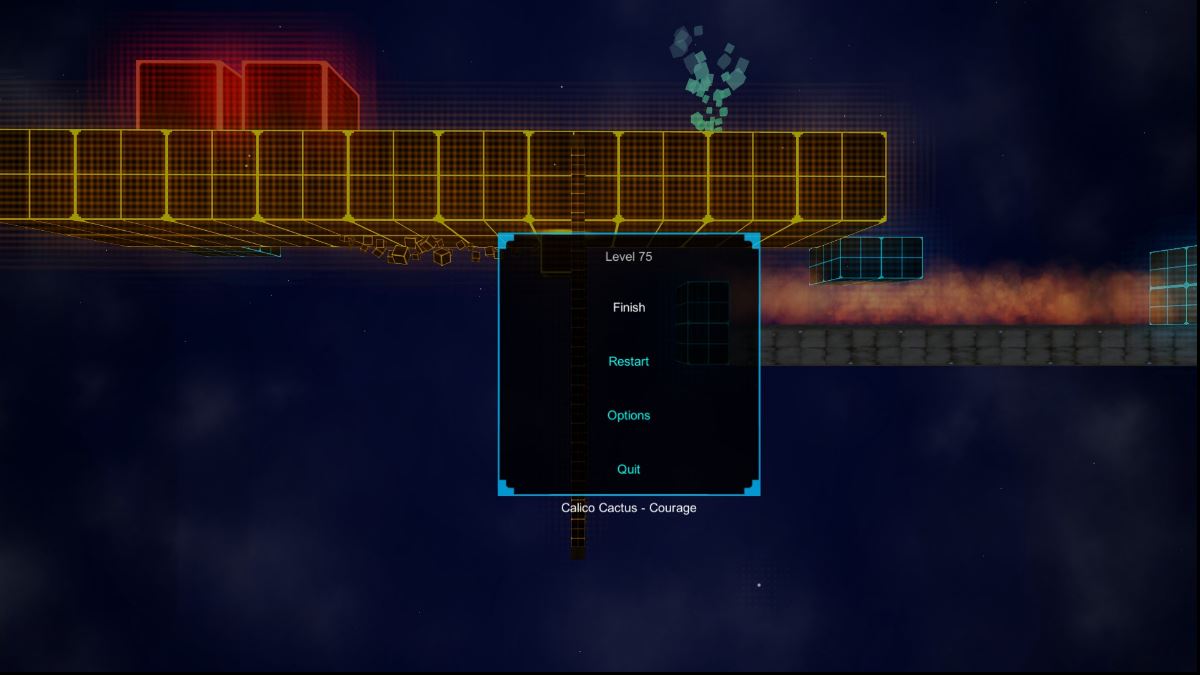 The game can be beaten and completed within 1-3 hours and you don’t have to go out of your way to get all 41 achievements. Worth getting for a dollar if you’re into the genre. And it’s even free on Amazon (non Steam download)!

No idea why they had to CAPITALIZE THE TITLE… it’s a short clicker game that’s has above average graphics (except the main character) but below average audio and music. See a soldier? Left-click rapidly (or use the Auto Fire Mode) to kill it.

No power-ups or any collectible items to cure the boredom. Easily beaten and completed in 20 minutes. 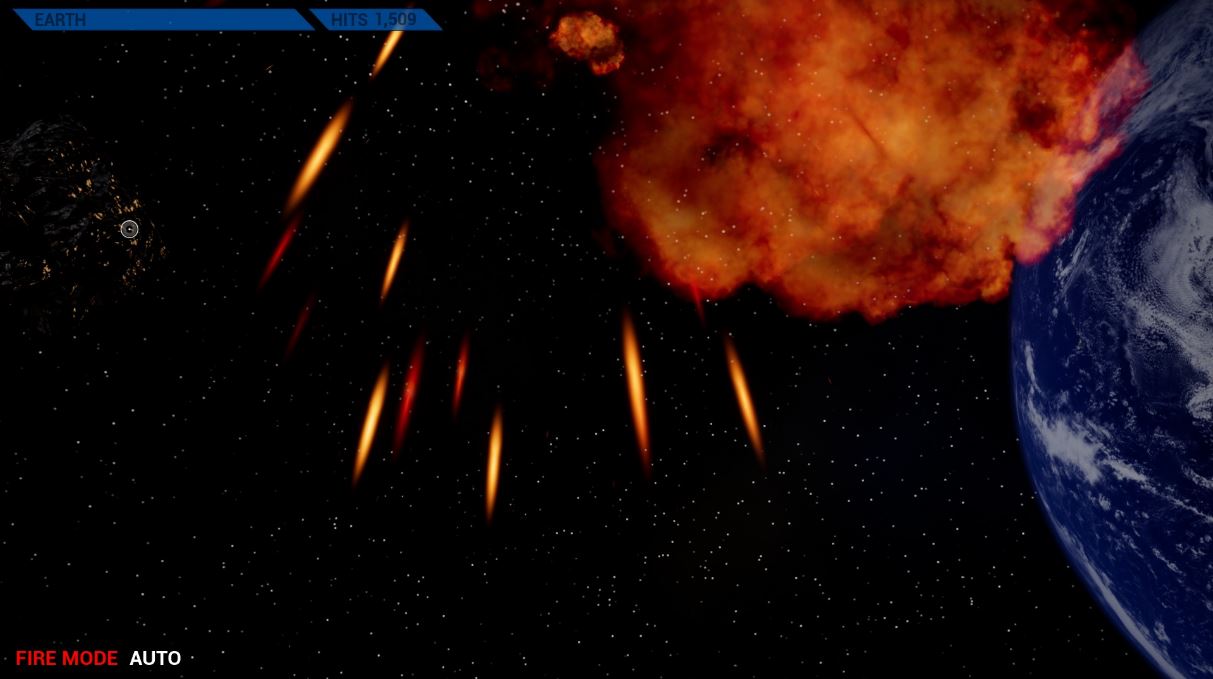 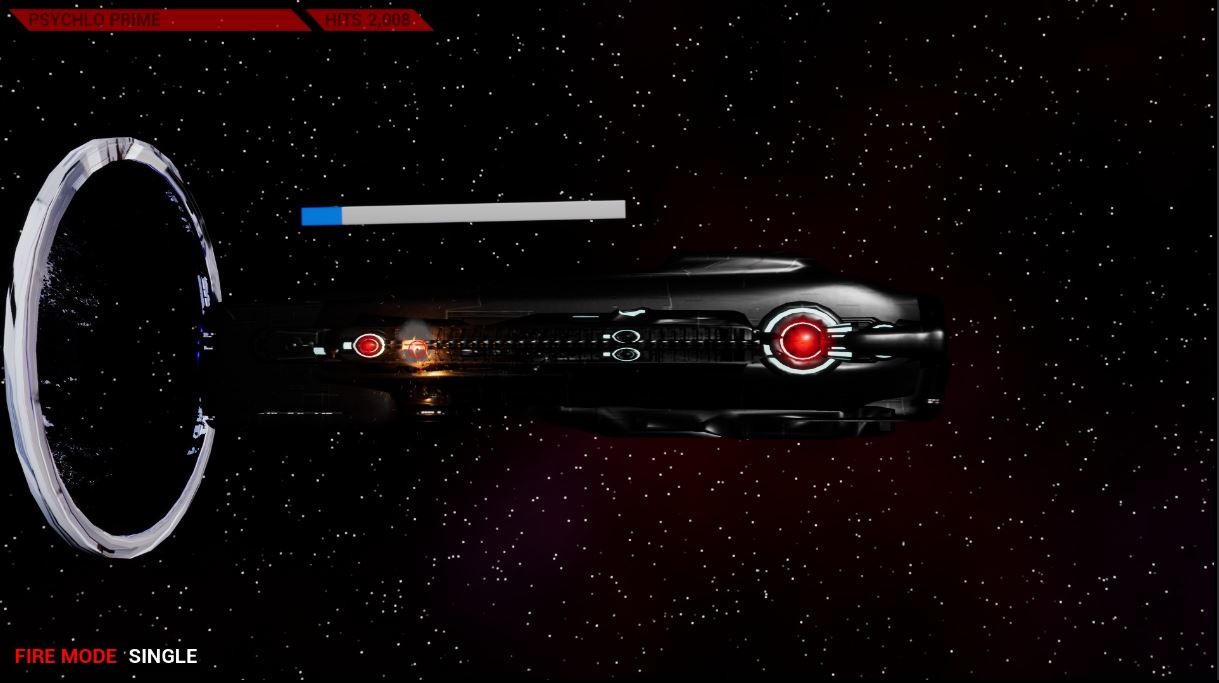 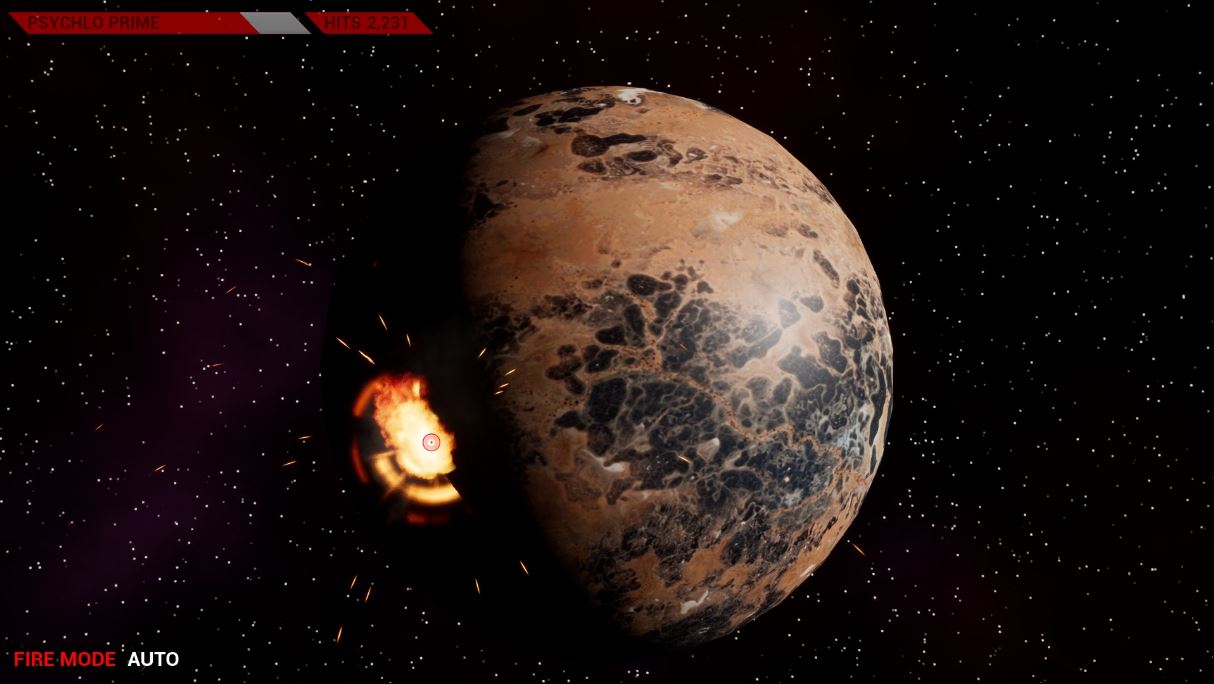 A soft recommendation only if you want the 50 achievements to spruce up your Steam profile and are willing to endure 20 minutes of mouse clicking torture for it. Get it for under a dollar if you like clicker games.

An endless running/flapping game with no achievements. Only allows you to swap to various flappy bird characters with various speeds using the eggs that you’ve collected in previous runs. Felt like a PC clone of mobile games like Flappy Bird or BADLAND. More suited to playing on smartphone or tablet rather than a PC. Average graphics and repetitive background music. 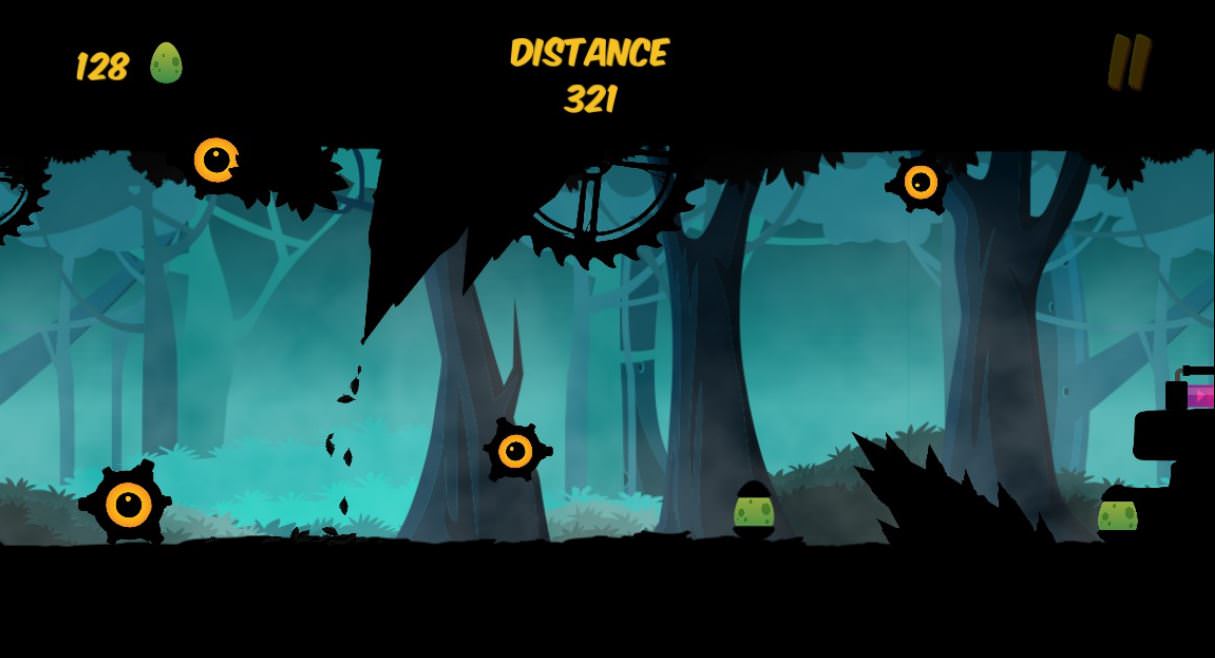 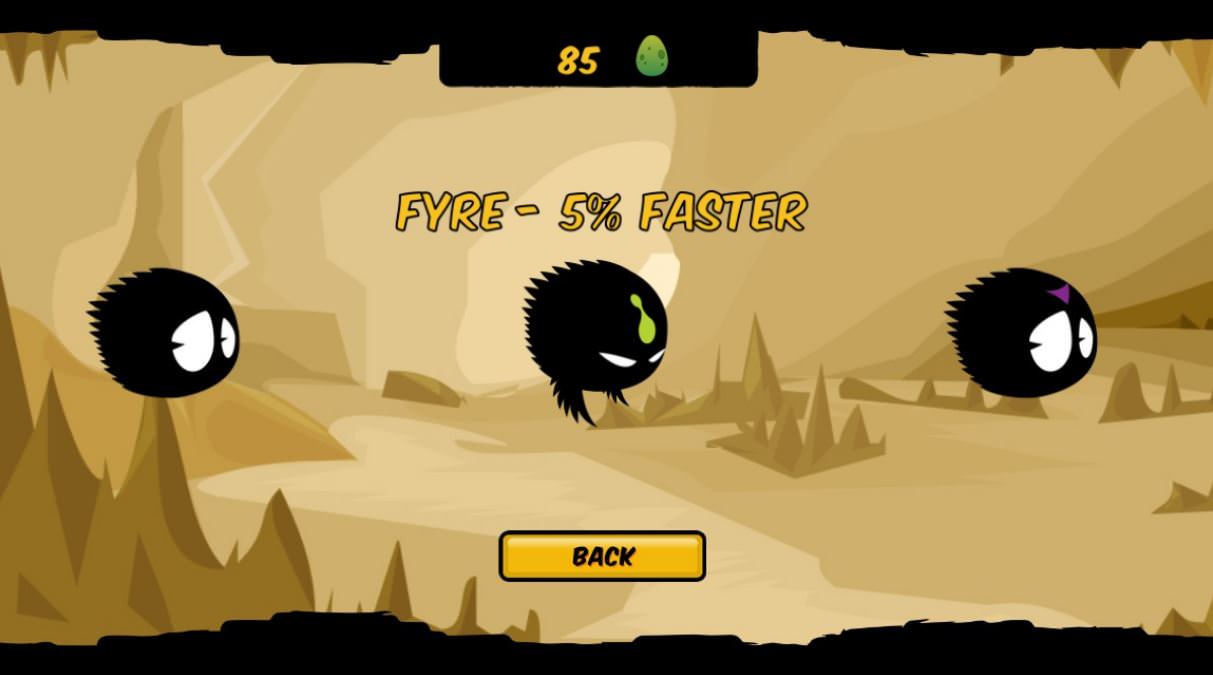 I’d suggest getting this for less than a dollar or avoiding this altogether.

Nightmares from the Deep: The Cursed Heart (Won on SteamGifts)

This is my first introduction to the Nightmares from the Deep series and I like it. Problem solving puzzles are easy enough in the beginning but can get really weird after the first chapter though they are simple enough for a point-and-click noob like myself. Puzzles also involve quite a bit of backtracking. 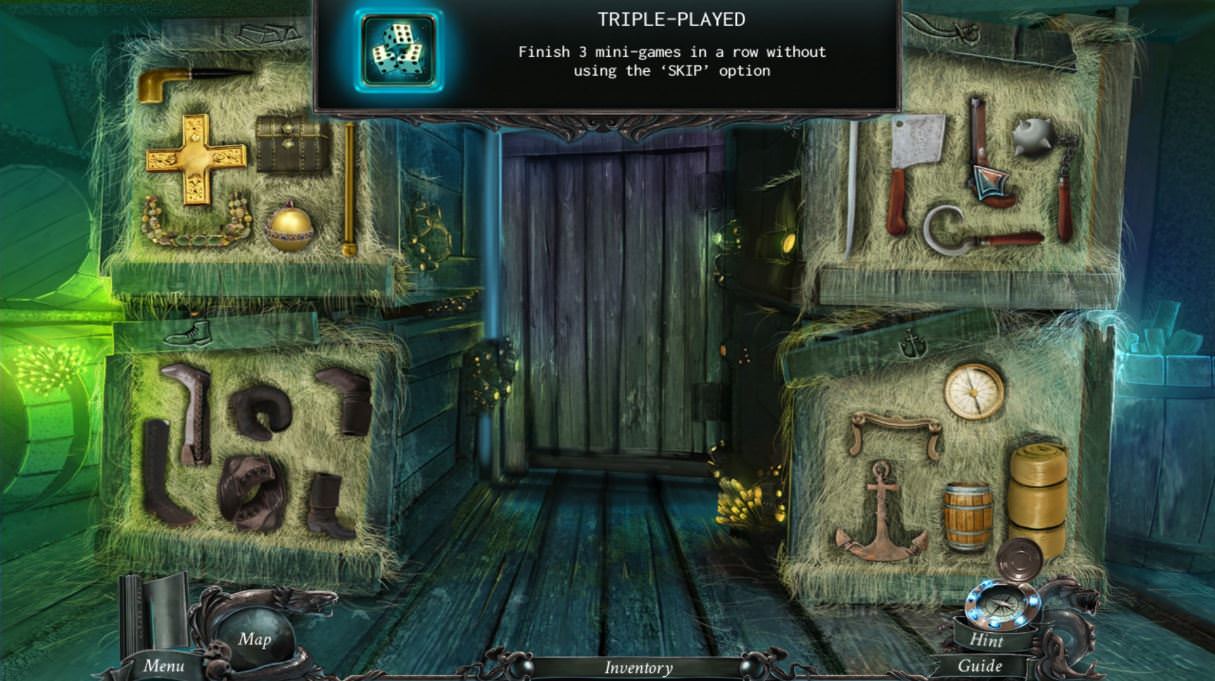 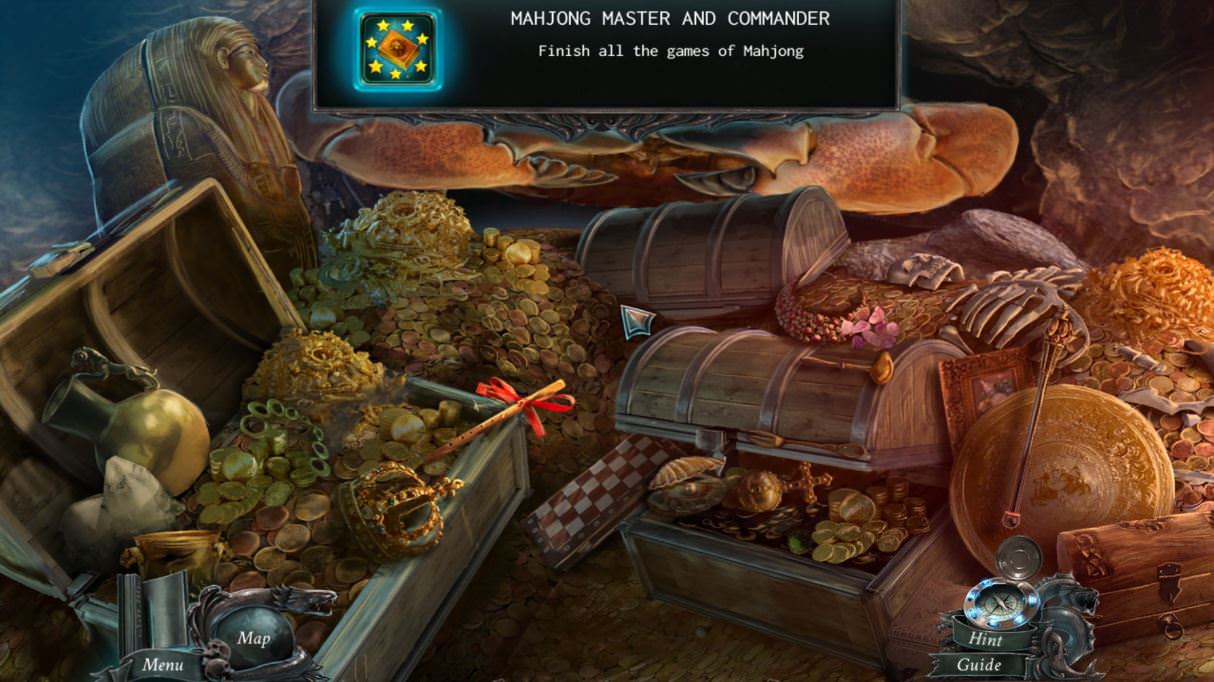 Some puzzles allow you to choose between item finding or Mahjong puzzles. Mahjong puzzles are easier to complete and thus my favorite. The item finding puzzles can get really tough even with the use of sonar to outline the shape of the objects (using hints are NOT needed). Graphics and cutscenes are blocky and below average and the story is average (typical zombie love story). Game can be beaten in 3-4 hours but has to be replayed just to get the other 50% of achievements. 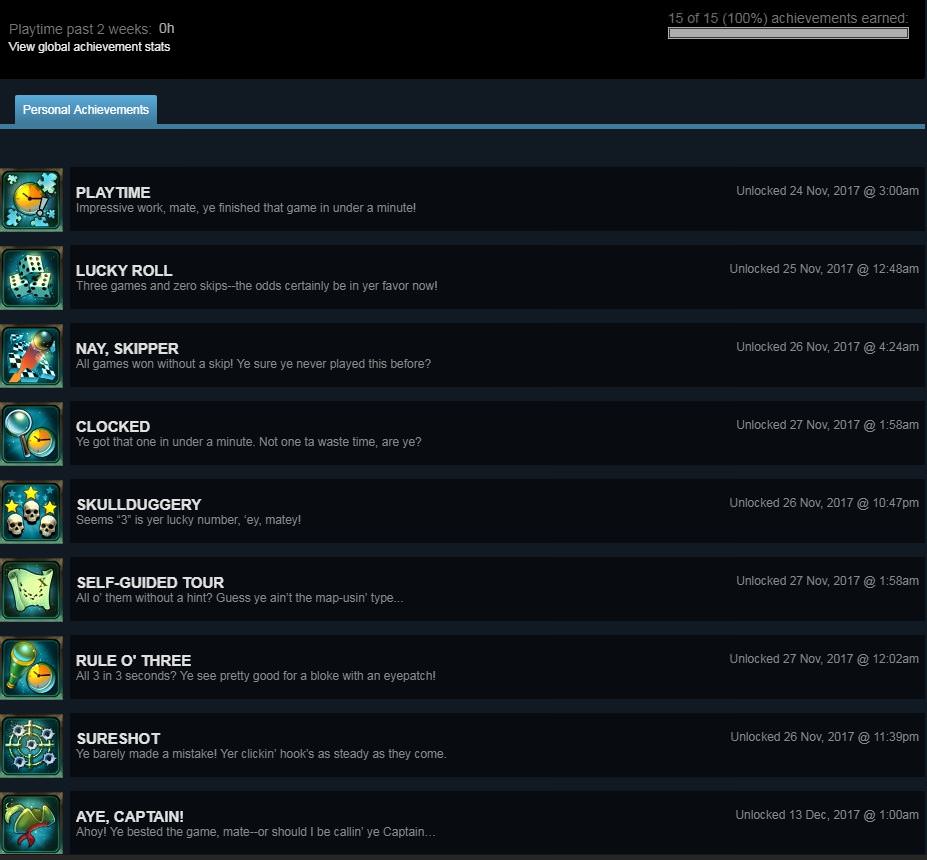 Worth a dollar or two if you’re into this genre of games but I believe it’s more worthwhile to purchase it in a bundle given the dated graphics.

Can’t seem to start a game at all. Keeps returning to main menu over and over again possibly because the server seems to be dead (404 error shown by in-game console). Seems to be abandoned by devs and players.

Avoid playing and paying for this Unity asset flip at all costs. 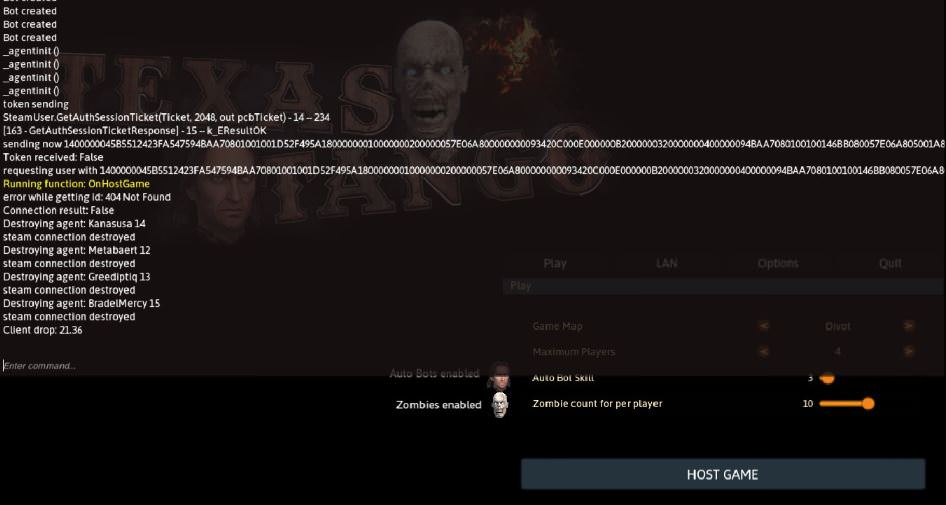 A short below average racing game with 2 extra cars to collect and 9 levels to clear. No point collecting currency once you unlock the yellow racing car. Simple and easy enough to beat with the only obstacle being a random spawning police cruiser. Game can be finished and completed in one hour or less. Skip this game. 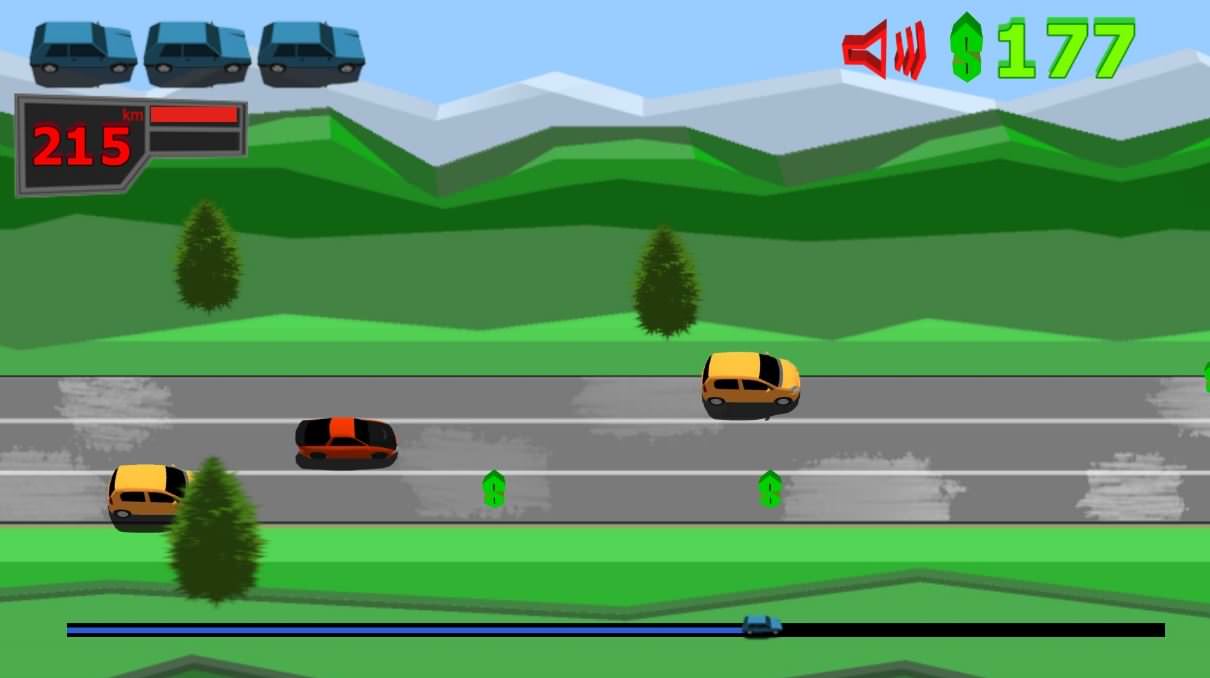 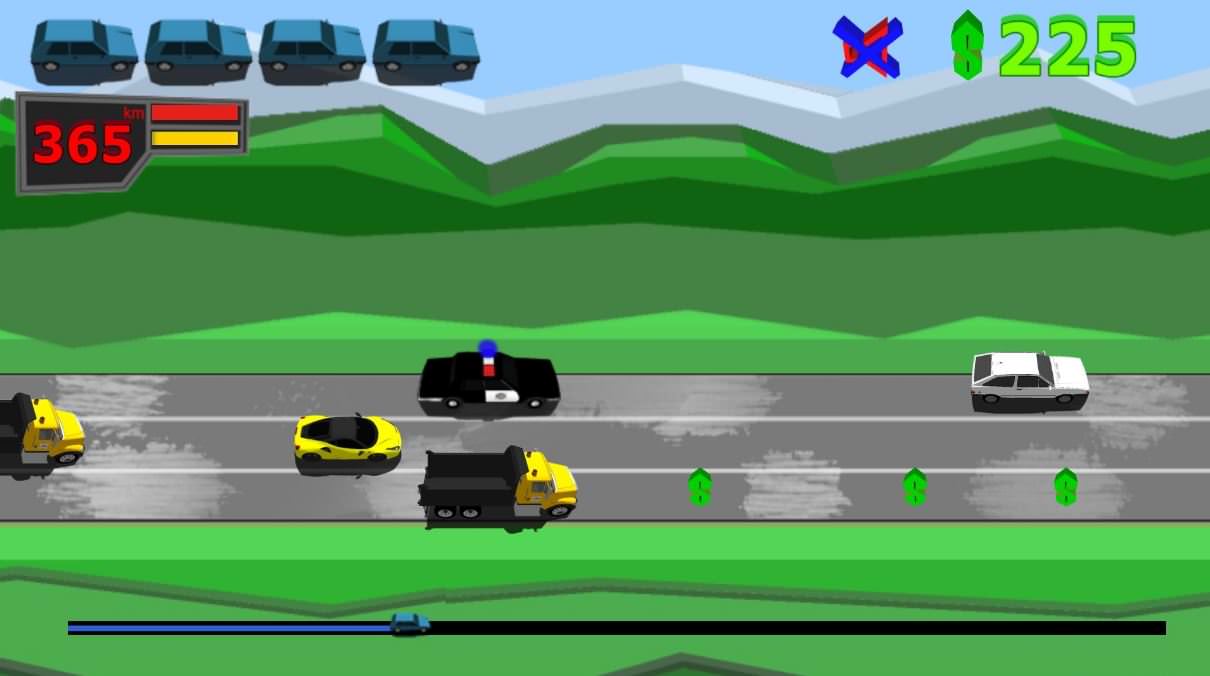