On again off again with finishing my goddamn backlog. Beating games to my satisfaction doesn’t always fall into the categories of this site, and some games can’t be “beat”, but here’s what I’ve done so far.

Happiness is a drunken Lie on Steam JenniferVanessa on SteamGifts

A rant about A Wild Catgirl Appears! endings

So I tried beating BANZAI PECAN: The Last Hope For the Young Century, but I don’t know if it’s me or the game, but I’t kinda fucking impossible. So after failing for a while I decided to get some achievements on a VN. I ran through Wild catgirl’s story fairly quickly and got all 5 achievements, I wish I new how short it was earlier, I could have taken it off my backlog super easy. But it wasn’t really a great experience. Not great is a perfect summary, below will be spoilers if you care.

I would have been fine with the usual big boobed hentai love quest vn, but this game brought up serious themes like homophobia and asexuality and addressed them almost not at all. they were just a shitty plot point really, and it really was disappointing. But not as disappointing as the ends. The end with Ria was completely lackluster, it’ was basically just, “we dating now.” Ria does decide to go to college to stay with the main character which is stupid, but not unheard of. The ending with Lise was fucking ridiculous. She brings up she’s asexual, which would actually be really interesting to see handled in a dating vn, but there’s just two comments on it, that their love is still passionate despite being asexual and it’s about attraction not action. It really confuses me why they bring that if if they aren’t gonna address it, but whatevs. The stupid part is that these two higschool students get married and move in together, like wtf? It’s been like two weeks and you’re in highschool, slow down. The other two love interest endings also have the lovers moving in together. Eiko has the main character move in because her mom doesn’t approve of the relationship. Earlier in the story students got their ass beat for being gay, but no, don’t address the homophobia, make it a cheap plot point. The last ending has them transported to an alternate dimension possibly forever to live together, which I guess is romantic, but is a shit fucking moral of the story, that you should leave everything behind for a two week love.

Yo yo guys, I haven’t posted here before. I also really haven’t played many games since joining here too. I kinda put working on my steam backlog on my real life backlog of things I wanna do and haven’t really got around to it. But I did recently get a booster pack for Bonsai, which I assume I got and idled for badges and emotes back when I was Tree. I decided that completing a causal game was something I could do and now here we are, with the first game I’ve completed in a while.

This game presents itself as a relaxing tree growing game, however the achievements make it into a grindy clicker game, and both are pretty bad. Watching the trees grow initially is actually decently relaxing, however the lack of control, limited options, and poor visuals are very uncompelling. I honestly wouldn’t have a problem with this game not holding my interest for more than 5 minutes with this price tag, had Viridi not been able to make a hell of a relaxing plant growing game for free.

For a causal game with a concept so pure and relaxing, this game is frustrating as hell. You have no influence on how your tree grows besides clicking it to make it grow a bit faster. You don’t even get to decide what tree to grow, it’s all randomly generated. All you can do is remove branches you didn’t like where they grew and hope they are nice next time.

This game doesn’t have a goal, but if you’re one who plans on 100% the achievements for it, cutting branches is what you will be doing for way too fucking long. There are two extremely grindy achievements for no reason that just gives you time to examine all the flaws in this game.

Grinding is nothing new, but it’s usually rewarding. You gain things and feel progress throughout to remain intrigued, however this challenge is only external, there is no reason or demand for you to do them in game.

The design of this game is also awful. 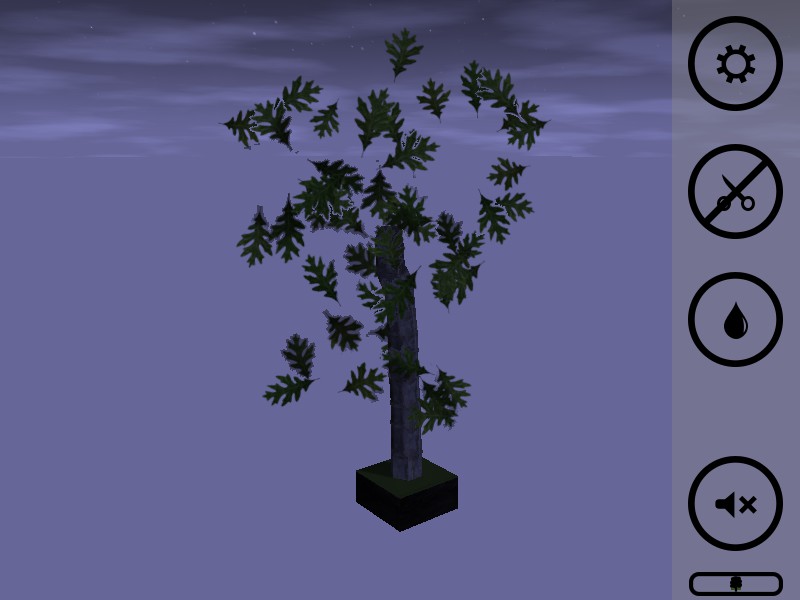 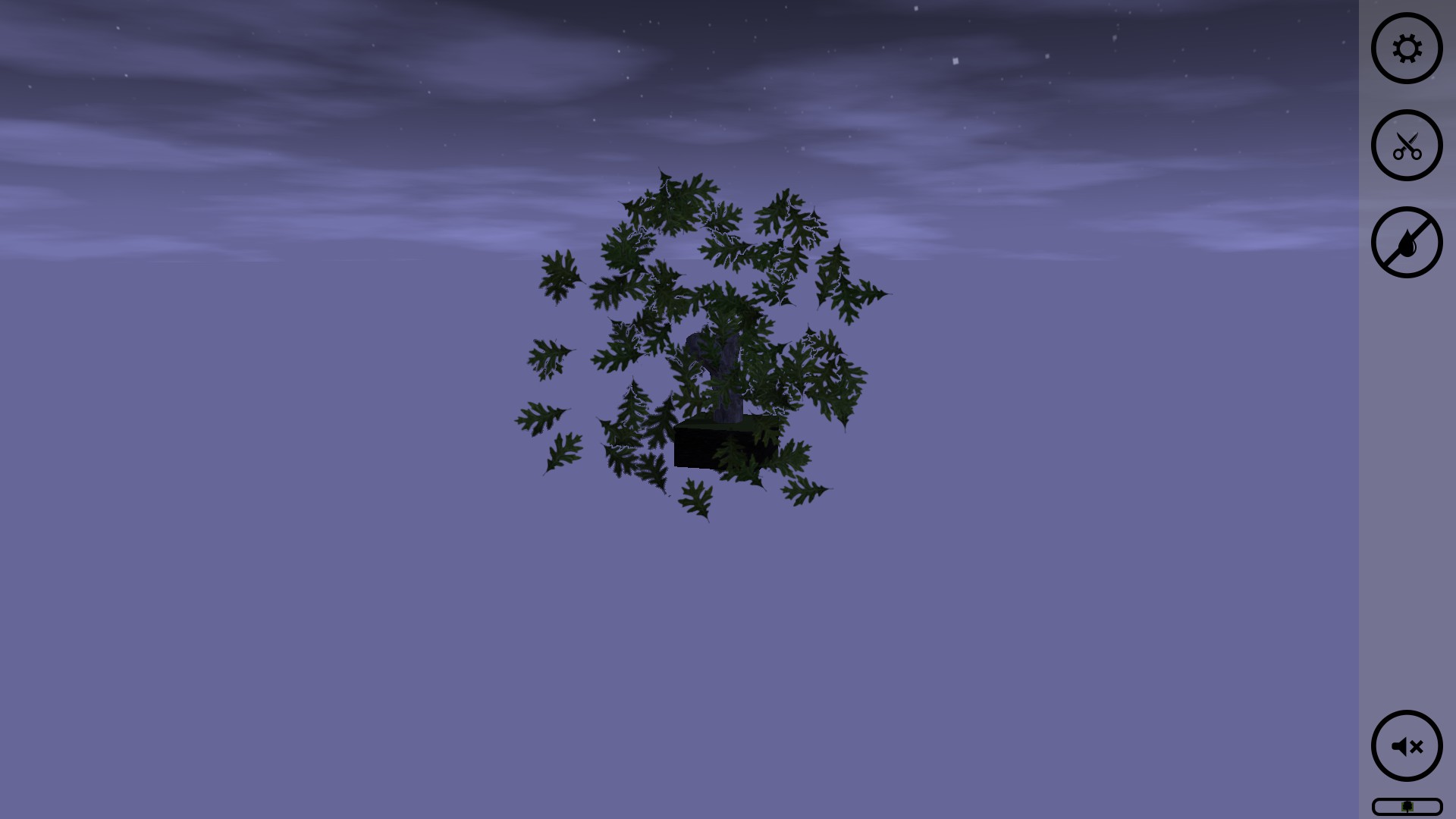 Honestly, this game confuses me. I don’t know the direction it meant to go. As a clicker, there’s literally no need to click. As relaxing game, the music clashes with it’s purpose so much. I feel that something is missing that just prevents this game from reaching competency. Fitting music, seasons or weather, or critters and birds. But as it is, this title is a fails my low expectation of a casual game of growing pretty things. It honestly feels like the developer tried mashing together two separate genres, then gave up 2% through the project.

In conclusion, don’t buy this, play Viridi instead.

Whoo, I completed a game finally! now to kill myself thanks to Miroe.