I think I got more new games than I finished again. But that’s because I didn’t finish a lot. Final Fantasy 14 is just too good to play much else.
Regardless, this is my progress:

I played through it twice and then I didn't really care enough to do the rest, so I just looked up a guide. It's not a very good game in my opinion.

Just got the achievement and will never touch it again. Glad it was changed as apparently it had different achievements before.

I just noticed this game has 69 achievements. Nice.

Anyway uhh.. the same as all the other games. in this series. It's not great but short and ok. Sadly the menus are still very buggy and sometimes achievements don't work.

I liked hexcells a LOT more. In this puzzle game I still haven't found a strategy and rely on trial and error, which doesn't make this super enjoyable. Will finish it eventually

Progressed one achievement, will get back to it some day. This game is very frustrating as it's purely random if you succeed or not, and you won't get any undos or similar features either. Even if you play strategically and leave as many options as possible, you can't look 5 stacks lower into the future. Can't recommend this purchase to anyone.

I completed this before, then DLC was added and I quickly played through it. Again not a great game but whatever.

Obviously one of the best games ever made. I continued it long ago so I started a new playthrough on new game+. I was searching for some interesting combat/skill overhaul mods, but didn't find anything since the game received so many patches.
Anyway I got the achievement for 7 potions effects at once by going for an alchemist kind of build. Looks like I'm pausing this game once again though as it's just too big right now.

I made some progress on the randomly generated levels and will get back to it some day again.

Ugh why did I start yet another idle game, I'm so stupid. It's not even good. And it's also a "dating" game full of males, so absolutely not my game lol

A new gemcraft released so I decided to play the older one first. Didn't play too much as this also seems to be a massive time sink.

This neat little game was pretty fun, and it took me a while to finally find a person to do an online game with to get the related achievement.
In some downtime I will continue the little grind to finish some matches.

This game looks pretty neat. I have a few issues with artstyle and other things though.
I will play this for real once it fully releases.

Forget Me Not: My Organic Garden

You wouldn't think a clicker game where you just harvest stuff and can't ever automate anything would be boring. But strangely enough I found this game quite addicting and charming. This will definitely not be for everyone but I liked it.

Not much to say here. Great game

It's pretty good and was free (steamgifts). Not in the mood to finish it yet though

Many games I don't play a lot because they aren't great. In this case the game is amazing, but I am very bad at it. So yeah.. I do recommend it, its awesome.

God do I regret not checking the achievements before starting this… You have to play a boring and terrible minigame on the menu screen for like an hour or so with only one chance or you start over. Also you can't pause.

This may be a candiate I will just drop and not bother with anymore.

The puzzle part is alright.

This is not a polished bullet hell shooter and has basically unachievable achievements.

I am glad my playthrough had some setting enabled which prevents achievements from being counted, otherwise this would permanently stain my completion. I finished my playthrough though so I'll count it as beaten.

Another pretty bad game. I don't know how I got it actually. Anyway to finish it I need to grind it out which isn't fun. So I only do very few minutes here and there.

Shadow of the Tomb Raider

This was a very nice game actually. Of course it has a lot of flaws still but it was quite enjoyable. I also liked that I got to play a pretty game for once and put my 2080 to good use.
I will finish the highest difficulty run and the challenge tomb achievements over time.

I started this game, and I don't know what to think of it yet. I am just very lost at what I should be doing.

And of course.. The reason I don't have time for games in the first place.

We also just received a new updates so the neverending things to do just got even more. Truly the best MMORPG I ever played. 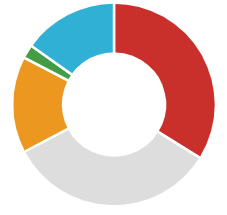 Looks cooler as a circle tbh

I find it truly fascinating, that after all this time I decide to go through all this work to organize my library just to see I dropped exactly one third, never played another third, and finally played a third of my games. How does this even happen?!
With all the stuff I amassed over the years I expected to have dropped a lot more actually.

There are multiple factors that make me drop games. For one.. they are just bad or not my genre (horror or survival games for example).

I also dropped games that would have been interesting, but have way too much work or difficulty involved, when it comes to getting all achievements.
One example of that would be

If you are brave enough to open my dropped list… What games do you think I should definitely give a chance and for what reasons?
Maybe I dropped something I would hate to miss.. Is my stance on achievements too rough?

Well so now with the kind of cool stats out of the way.. Time to look at a more depressing image

You may now actively shame me for joining giveaways of (objectively) actual garbage and/or games I am not actually interested in.
Yea.. I don’t know what to say. Well except that I am trying to only enter wishlist giveaways at this point…

FINALLY went through the whole library and sorted everything on steam-backlog and uncategorized games on here. That took a lot of time.. but I’m glad I did it. The amount of dropped games on my profile here is about 150 titles smaller at the moment. Probably because everything without any playtime is marked as “never played”..
I guess I will have to go through my dropped list another time. But geez.. I dropped a third of my library. Shows you bundles aren’t that amazing after all, if you end up with so much trash/games unfit for you. For example I have no idea why I own horror or racing games, I just don’t play those.
Anyway, first huge step done which will make it a lot easier to decide on games in the future.

Another thing: I need to figure out how to make these posts not look awful…

So now I’m on this site and I don’t really know where to start. Finally all games have been scanned so at least the 100% achievement games are already sorted out.
My biggest issue is that I started using steam-backlog recently, too. Organizing the same library twice doesn’t sound like fun… Because that other site has some good features to sort and filter games though I will try to finish going through my collection there first and then move everything over.. But a way to import that would just be amazing!
In the meantime I am working on the games with the lowest time to beat according to how long to beat to get at least some more finished games in.