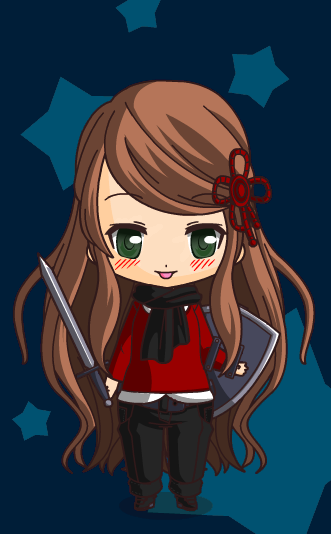 and… turns out, I’m kind of a hoarder. I have so many games and I hardly find the time to play them, although that’s exactly what I’m planning to do, play them all! Or at least… try them out. Let’s be a tad more realistic, I’ll probably never be able to beat all of my games for multiple reasons.

First: I don’t have enough time.
Second: Did I mention that I’m a collector? That means that I’ll always find new games that I want to add to my beloved library.
Third: I love gaming, but I’m not particularly good, so some games are just too hard for me ._.
Fourth: I’m a moody player. Sometimes I just don’t feel like playing a certain game. So instead of the new and shiny addition, I go back to something I already know and have already played for more hours than I should ever admit.

But still, I want to at least try my games and give them a fair chance because, like I said, I love gaming. Games are such an important part of my life and I want to treat them with love and respect.

So here I am, looking to fight my huge backlog ^^

Although I’m a very chaotic person, I like to organize my things because it gives me a feeling of controll, even though I have none. That means, I need to organize my games here as well and to motivate myself, I should maybe explain what I’m going for.

☘ Lucky Winner ☘ aka Won on SteamGifts
To match the list to the category in my library, I renamed it to ☘ Lucky Winner ☘, because I was really lucky to win these games and I plan to work on this particular backlog not only for the sake of the games, but also because I’m grateful.

Let’s Play
I’m a Let’s Player (a very small one, don’t bother looking me up) so one of my lists will be for the games I cover on my channel. It should mostly consist of games I already have covered or am covering right now. The only exceptions are the titles I know I’ll play one day and I might add them so I don’t dare to forget about them. Due to the nature of this list, I should be able to beat most of the entries in a timely manner. Except the projects I already abandoned… Shame on me.

Been there, done that
I collect games, and even before Steam, I’ve collected and played games. Some of them, I’ve beaten a long time ago and I’m not always sure whether or not I’ll play them again, so this list will be for the games I’ve already played and sometimes completed in the past.

Co-Op / Multiplayer
This list, as you might have guessed, will contain all the titles that can be played with at least one other person. I might need some help to beat, or complete, them. Or maybe there are just more fun with friends ^^

To infinity and beyond
It’s hard to beat a game that is, by design, infinite ^^” So here they are, games that just go on and on and on, forever and ever… I mean, no one can really beat UNO, or Don’t Starve, right? O.o They are supposed to be repeated over and over again ^^

Right now, most of these lists are quite empty as I need time to work through my library and add the game, so have mercy on me ^^
Also I might add more lists in the future.