i use this page to create my progress

Mazzi on Steam nadhmi23 on SteamGifts

i didn't any challenge missions yet , skipped too many side missions just to beat it and then i'll plan to to play it again later (btw the online is DEAD).

This game is an absolute classic and you definitely need to play and try this out! The combat system along with the mix of stealth makes the game super fun.

One of the best hack'n slash games i ever played, a truly awesome game showcasing an epic story and incredible attention to graphical detail. So much blood & gore hack n' slash fun with Steam achievements! Each boss offers a unique character and provides an impressive battle. A game controller is highly recommended to play this console port. There are two levels that are really lengthy puzzle environments which can cause frustration to the point of not wanting to continue playing. One comes very early at the Cathedral. All I have to say is stick with it. By no means is this game easy, but the experience is well worth it.

Rime is an artistic 3D platformer, the art style combines bright colors and contoured visuals to create a unique and engaging presentatio. 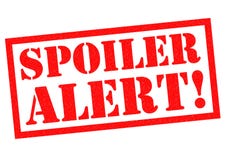 First of all let me say I LOVED this game. Graphics and art style are breathtaking. Also, love how subtle yet substantial the story is. My interpretation of the ending is that basically the entire game is playing dreams of the father since the heartbreaking loss of his son. The father is coping with his sons death by dream/fantasizing about his son after the was lost at sea. He was hoping that maybe his son washed up on a shore and survived. As I was watching the credits roll I was thinking maybe the boy did not die. I was hoping that you could see the box wash up at his house in that final scene after the credits. I think it was a story of a father loosing his son and dreaming about what his son might have experienced had he survived.

i saw the trailer of this game and i was so excited to play it, in the first hours it was a good and fun especially the spell creation system but then it turns into a boring game very repetitive actions no puzzels and a bad short story.

my second month here with u guys and i feel so excited to beat some games here’s my list for this month :

GAME OF THE MONTH

hello everyone, i collect games since 2013 without trying to play or playing some competitive online games without paying attention to the other games but now i’m starting to kill my backlog games by playing 2 games this month and beating them (one title from my unfinished list and the other from interested to beat list) and the 3rd if i win on SG plus i’ll try to make 100% achievements at least in 3 months from the date i’ll start the challenge i know that’s a few number of games to play but that’s what i can do for now because i don’t have too much free time.
for this challenge i start with Amnesia: The Dark Descent and Warhammer: End Times - Vermintide (won on SG) and i’m trying to get 100% achivments on this game

GAME OF THE MONTH