All links should open in a new tab besides the list tags. I waited way too long to write about these, which I played from May to July.

I played this during quarantine/lockdown, and it was fitting because the characters in this game are locked down. Literally, with metal plates bolted to all the windows. It was silly fun with gameplay in the vein of Phoenix Wright. If one student kills another, you have to have a class trial to determine who did the crime. Each character is the "Ultimate" at this or that thing, traits I thought were under utilized in some of the murder solutions. The extra mode when you beat the game is long and boring after the first time, yet you have to do it multiple times just for a few extra disappointing lines of text per character.

Midnight Mysteries 3: Devil on the Mississippi

Part of this hidden object game is set somewhat near me, where Mark Twain grew up in Missouri and where his Tom Sawyer and Huckleberry Finn novels are set. You have to help his ghost, and it involves going to London and messing with Shakespeare's ghost, too. This seems to be in reference to Twain's short book called Is Shakespeare Dead? 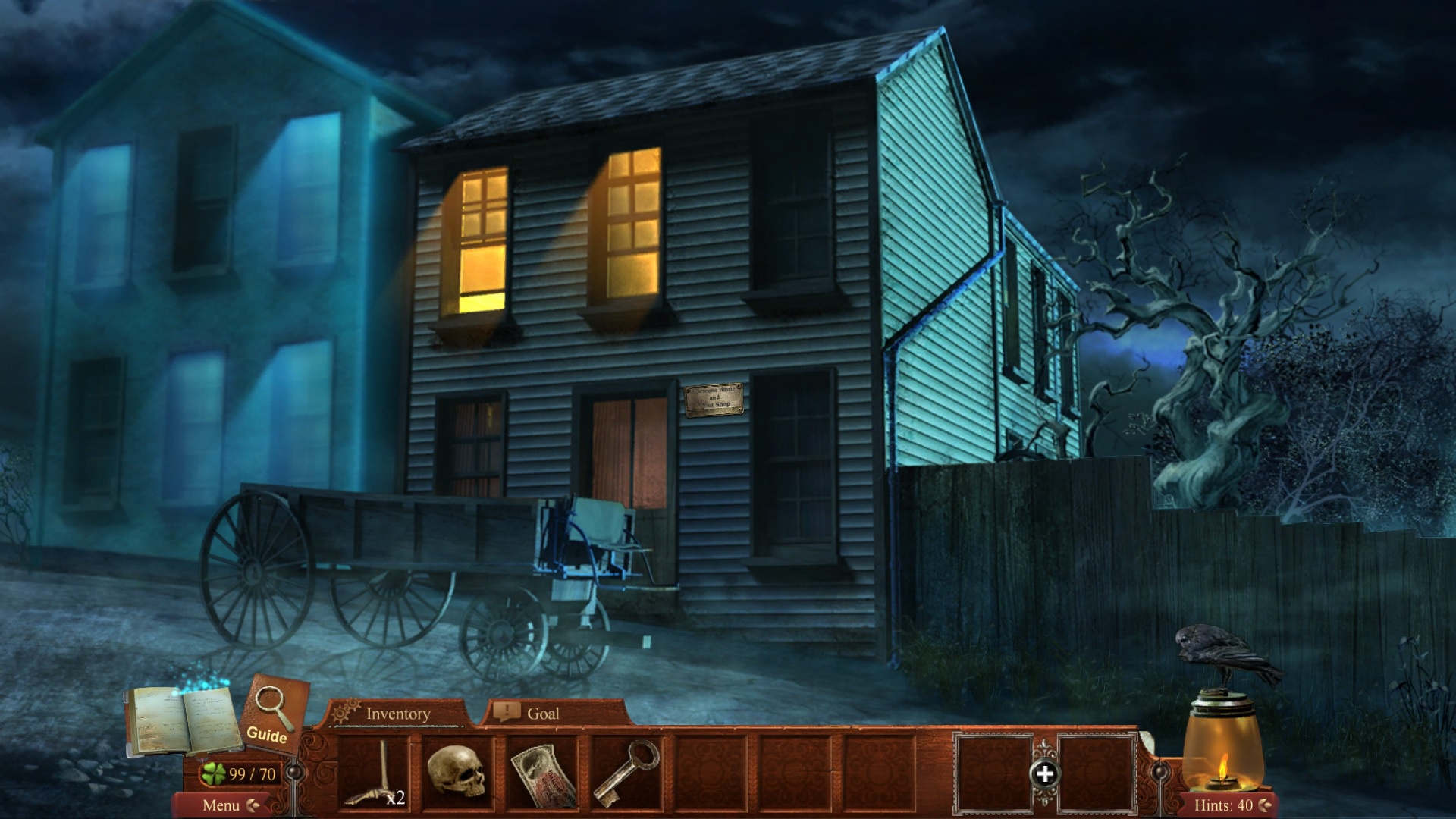 House in which Mark Twain grew up in Hannibal, Missouri.

As Nancy Drew, you take an old steam train associated with mysterious deaths and disappearances to solve an Old West mystery. You learn about different gem stones and samplers, sort taffy, fulfill burger orders, figure out which doll is which, all while putting together some big contraption on the train that might lead to treasure...or trouble. It's up to you as Nancy Drew. You've got a trumped up cop, a bitchy romance author, a Paris Hilton wannabe, a ghost hunter, and the Hardy Boys with you.