To keep it short, Lust is disappointing through and through. There are no highlights for me, the game is often short of meeting my expectations, in regards to everything that is introduced and everything that it sets out to be.
Even if its visual presentation is about decent, it's hardly a motivation to keep playing. I agree with others that, people didn't get Lust for an excuse to see nudity
Reading through text, creating a visual representation of the horrors, the true limits of sexuality, would be far more shocking than the fetishism and softcore porn we actually got.
The fact is, Lust isnt shocking in the slightest. Immature would be more accurate. it wastes time by offering you pornography in the most banal way possible. It's almost adorable how apprehensive it is, to test the limits or to take sexuality to its more metaphysical form
I feel it also concludes with an undeserved ending, for it though i wont spoil you on that
Rarely deviate from the main plot, to even develop that twist in a way that feels earned. Instead its a dumb end twist.

SURVIVAL HORROR
It did add some potential with the mask mechanics. it would be an interesting concept, but much of the game gets in the way of it actually being fully implemented into the gameplay
For one the gameplay is streamlined in favor of keeping the plot and events exactly as intended, it lacks interactability, options, strategy. It is not a coincidence the studio goes by "Movie Games"
Things like stealth and AI are almost an illusion
So much is lost by having linear level design. And it feels especially lazy from the developers, because when you pick up this game, the first sequence is stealth. There's an actual open map, with multiple paths, enemies have routes. You will never see that again.
There are monster later on, but these ones sit still until you cross their aggro range. You are supposed to outrun them, at which point they will loose interest. There no attempt to give routes to the AI, or have them activly search for the player. Instead there is this, where my run looks exactly like anyone else's, to the point it might as well be QTEs. For lusstghaa specifically, there are 2 masks. These replace each other as the game sees fit. So the player doesn't have to switch between them, but rather use the one that is given. Neither of the 2 are particularly interesting. At least the one that avoids scripted deaths is pretty lame.

WALKING SIM
There's a lot of downtime in lust. However it lacks content for it to be a walking sim. It doesn't really build up lore, there's a lack of logs, some are hidden in this OCD trap drawers, where you might just open 20 before you get one small piece of text. It is even here, linear. As every other room is locked until the plot decides its not.
No real puzzles either, No item collecting
This is also where the party masks are used, which unlike the ones in Lustghaa, have no other purpose other than to hide your identity. its the reason why the NPCs pay no mind to you. 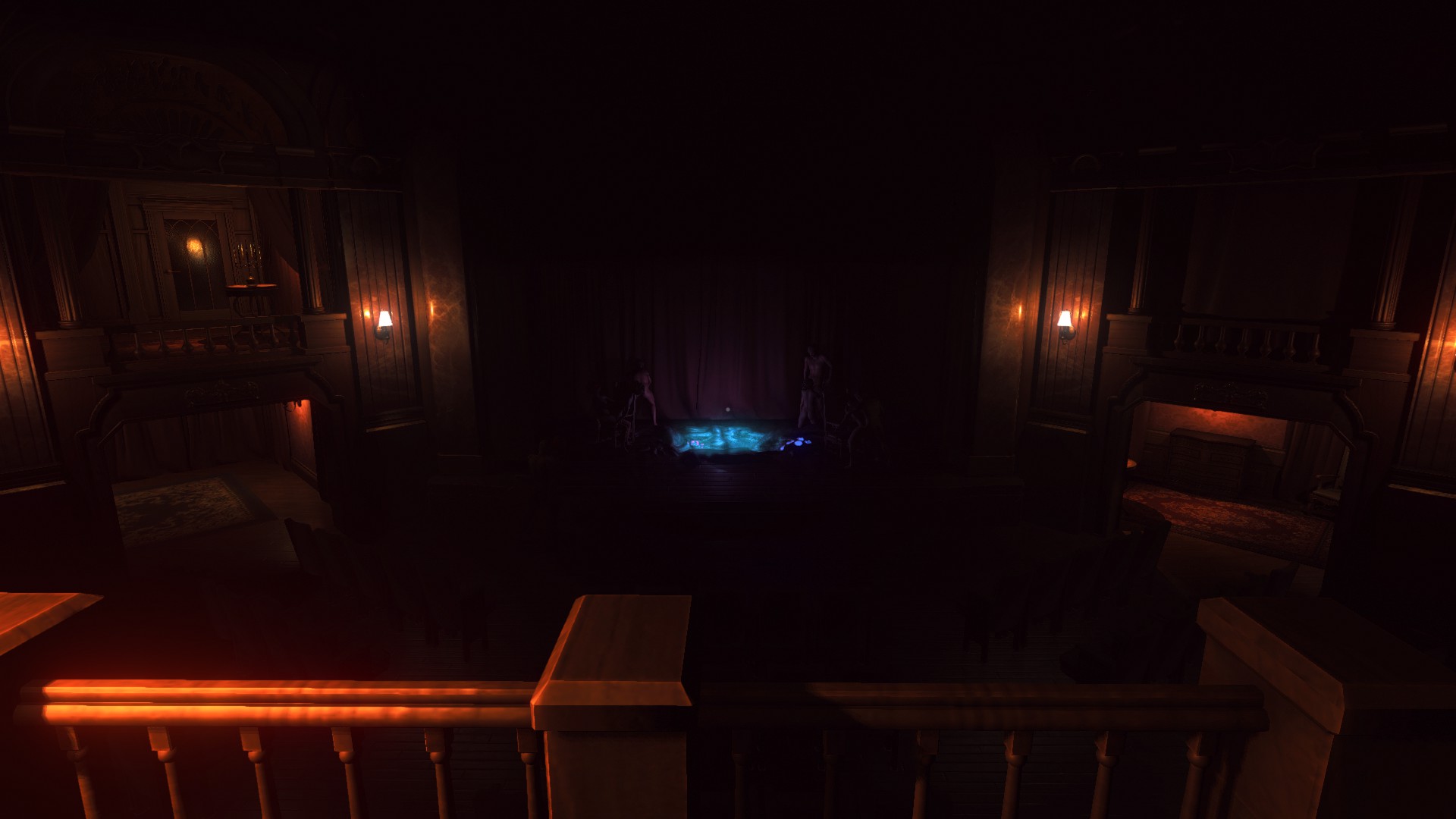 I don't know if i should count this as finished. The developer did not take into account that you can't double jump out of a fall. Which he would totally be aware had he tested the damn level. well, i did a quite a few levels i have seen worse, this is better than those one screen platformers by just a tiny smidge. Im still surprised steam hasnt purged this one yet.

Control a bunny, collect carrots, return to your house to awkwardly teleport to the next area. except for the aforementioned level, where you can't double jump not to fall in the pit of despair.
There's one collectible (carrots), one obstacle (spikes), the level geometry only needs 2 textures, a few sound effects and a double jump. Do you really need anything else?
i wouldn't even dare criticise this developer, it doesn't even seem worth it when i know this person will never care to learn beyond this point. (yes, he is a well known asset flipper)
but if i was to very calmly express my opinion, i would say...PUT SOME FUCKING INVINCIBILITY FRAMES ON THIS SHIT, ya dingus. Supposedly you get 3 lives, but if fall straight down onto a spike it immediately consumes 3, if you hit the spike from the side bounces you between the 2 spikes.
Also the teleport spawns the character mid air. seriously. And it still feels very boxy, which is common for anyone that is editing a 2d platformer for the first time. except he released it and put a price on it

The most humane way to be done with this game, is to die from spawning near an enemy and proceed to remove it from your steam account.
Barely a game, Bunker 58 is an asset flip, confusingly stitched together, without cohesion or a real end goal.
It's just a terribly designed small map with a few of the same zombie type enemies. No objective. No exit. The game doesn't finish when you kill every enemy.
I think the developer tried working with interactable doors and items, but made no progress on that endeavour. He however left a floating door and a battery, two things that otherwise do not exist in the game. The norm is for Rooms to be left with missing doors, vaults not to be interactable but part of the texture
Its almost like someone wanted to be reminded of his failures, or straight up didnt care. It is one of the 2.
Im extra confused with this collection of weapons, that are either, straight up not working (like the axe), or simply overpowered against zombies. The weapon loadout looks closer to the typical survival trash you see on steam, in that, an axe would have some utility when it comes to crafting. Most importantly its made with one extra empty box, despite the fact there are no other weapons in the game to fill the last empty box. I theorized it was supposed to have a flashlight or something of the sort.