Well, it’s been awhile since I posted here. For the most part I’ve been enjoying Total War:hammer on my new pc, but I did recently replay Jedi Knight 2:Jedi Outcast for Pay or Play. 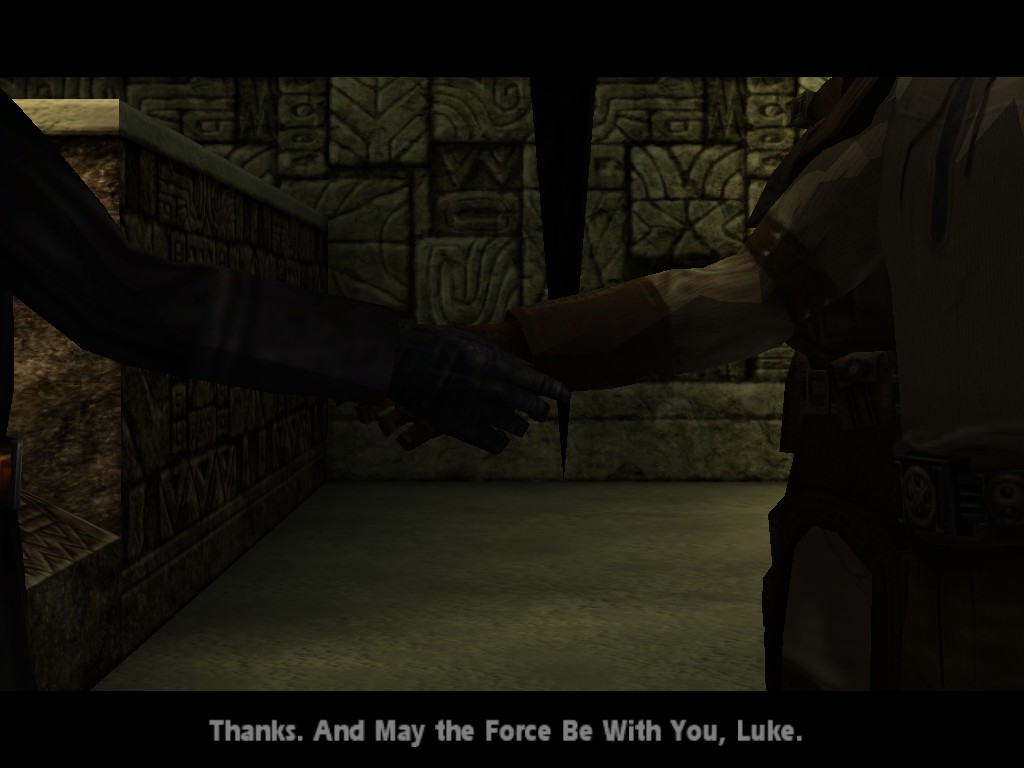 I did a “pure Jedi” playthrough(only using lightsaber and force powers as much as possible) which was grueling at times but a good challenge.Other screenshots

Over the weekend I beat Lord of the Rings:War in the North on Normal Difficulty (Victorious in Battle achievement),a few days shy of the monthly challenge but that’s alright. It had been in my library for years, so it was nice to finally revisit Middle-Earth and especially to get the chance to play as a member of my favorite fantasy race:Dwarves(if my name and steam profile weren’t a giveaway, assuming anyone reads this/checks my profile).Ironically it was that zealotry that prevented me from playing the game before; the only friends I had who wanted to play it are also fervent Dwarf fans,and instead of doing something sensible like taking turns,over time it just sat in my library collecting digital dust. I had so many other games and other methods for delving into Middle-Earth that it wasn’t a priority. I am thankful for the theme that behooved me to play it, though. Underrated gem of an ARPG imho, especially for a Tolkien fan.

The game takes many liberties with source material, but a portion of it is culled from the appendices of the Lord of the Rings.I was thrilled at the way it fleshed out certain characters and included scenes with some of my favorites from the book, like Halbarad, the sons of Elrond, and the Great Eagles.

Not sure about the monthly theme, but I may fill out this month with lots of Warhammer Vermintide as my main gaming group is playing it a lot lately and I also rolled a character for Pillars of Eternity.

I 100%’d To Be or Not to Be which was a smashing good time. However since the thanksgiving holiday I’ve been feeling steadily sicker so I’m going to drink more tea and watch some old British sitcoms or something.

Completed Telltale’s Game of Thrones for this month’s theme and am satisfied with it for what it was. I think a lot of people disappointed by the game had different expectations, or perhaps I am buoyed by the fact that there is a Season 2 forthcoming. It was hardly revelatory but then again neither is the tv show. I did start it last year but then got sidetracked and kept looking for an excuse to finish it and NoBaGaMo provided the impetus.

Otherwise I’ve just been playing Rebel Galaxy and a bit of To Be Or Not To Be.

It’s been awhile since I updated this, but I have definitely been gaming. I completed Clockwork Tales:Of Glass and Ink (which was even an SG win) and The Last Door for last month’s theme and dipped a proverbial toe into E.Y.E: Divine Cybermancy. I’ve otherwise been playing a lot of Star Ruler 2, SOASE:Rebellion, along with Tabletop Simulator and Town of Salem with my usual group.The last couple of days, however, all my time’s been put into Rebel Galaxy. It’s as good as I’d hoped and my goal is to finish the main storyline by the end of the month. I also plan to play To Be or Not To Be and at least one other game for the monthly theme.

“Where are we off to this time Doc?”

Well, I finally ground out the last episode of Back to the Future:The Game.I found a lot of it to be a slog, but then, I don’t enjoy PnC “puzzle” games that much in the first place.I used to love the Lucasarts games, but perhaps that has as much to do with the lack of other PC games at the time as anything else. Now the market’s saturated with so many titles from genres I enjoy more that it’s rare I find myself delving into one of these games,especially ones with poor ui and controls. That said, this had a reasonably fun story backed by excellent voice acting from Christopher Lloyd himself and the actor who played Marty McFly. Episode 5 even featured a heartwarming cameo from Mr.Michael J. Fox himself as yet another McFly ancestor.

As the credits rolled with that cheesy Huey Lewis song from the original movie, I realized that if the final screen shown actually came true, I’d play the sequel despite by comments(largely because by now Telltale really knows what they’re doing and it would be a much different game).Great Scott!

Otherwise, I’ve been playing Defense Grid:The Awakening, some Tabletop Simulator with friends, and entirely too much Star Trek Online.

Started Back to the Future:The Game for the monthly theme and the nostalgia is real. On the other hand, it reminds me why I don’t enjoy adventure games that much, as a rule. I finished Part 1, though

On to Part 2 tomorrow…

I haven’t been gaming much this month except for the past week or so, when I finally installed my Steam version of Sins of a Solar Empire:Rebellion because the finest mod for it just got a major overhaul. Star Trek Armada III A Call to Arms was the reason I bought SOASER in the first place because I’ve owned physical discs for Trinity for ages and played ST:A Sacrifice of Angels mod for that for years.

Quality of CTA is quite high: 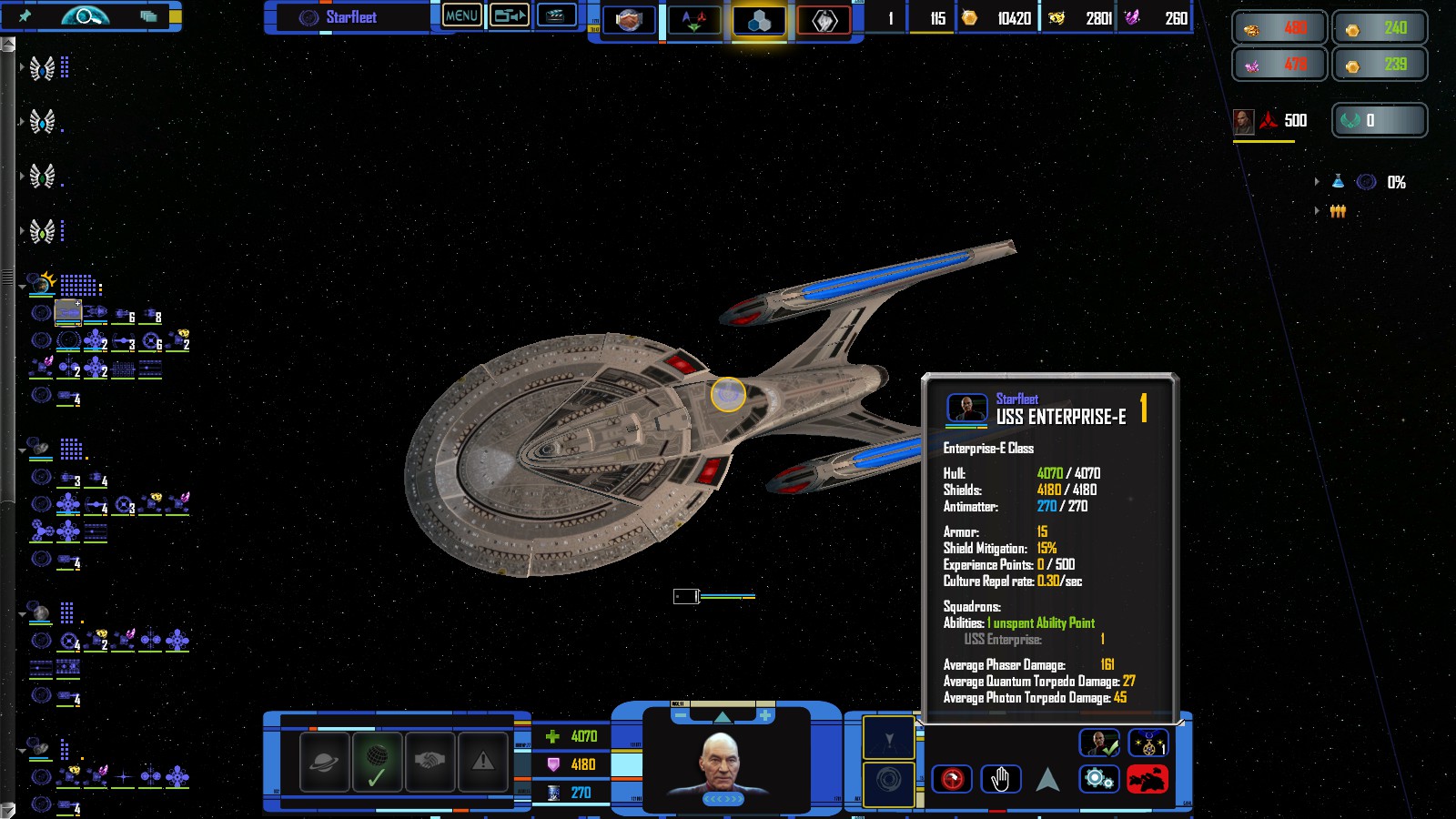 Well I finally grinded out the last few hour of Batman:Arkham Asylum Story Mode today. Feels good to clear this one from my backlog. 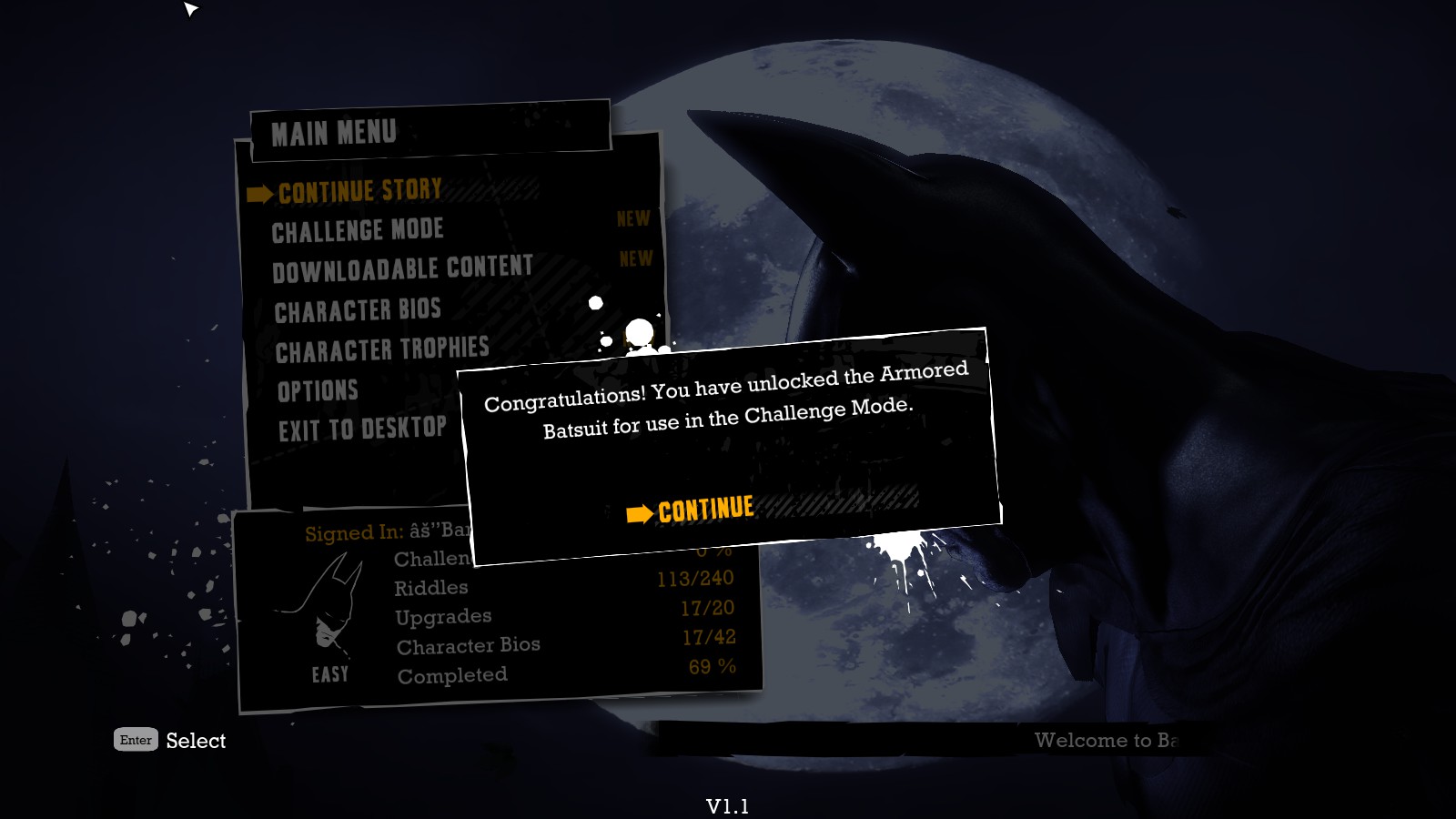 First game beaten for the monthly challenge as well.

I realized Craft the World was in this month’s theme, and it provided the impetus I needed to check out this game. 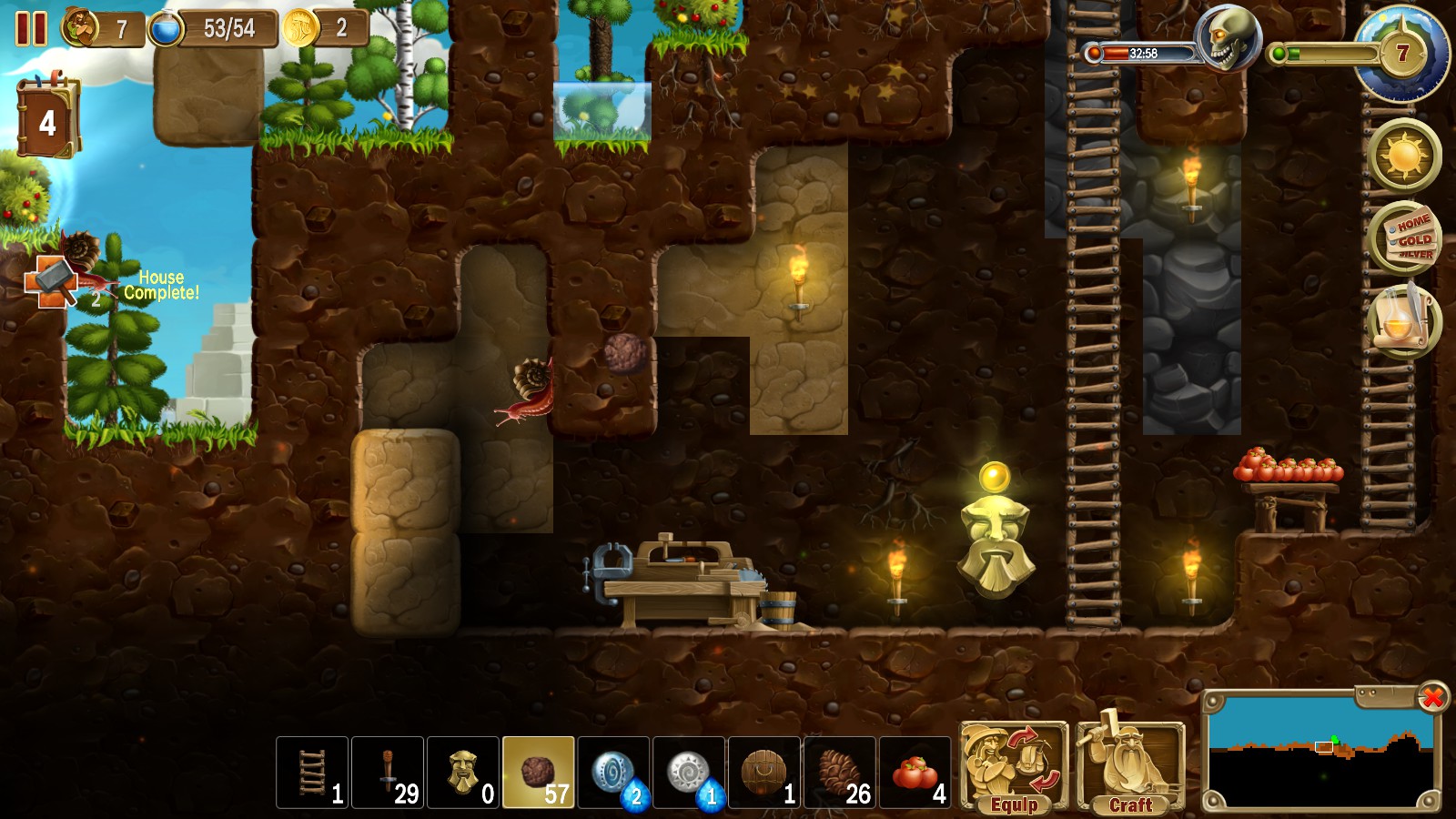