November was a good month for completing some seek-and-find type games. I completed a few of those and a puzzle game, and started some other ones that I can hopefully get around to playing some more of! I spent a lot of time play other games I've played previously like Card Survival: Tropical Island or Peglin or Freecell Quest.


Others Played for First Time: 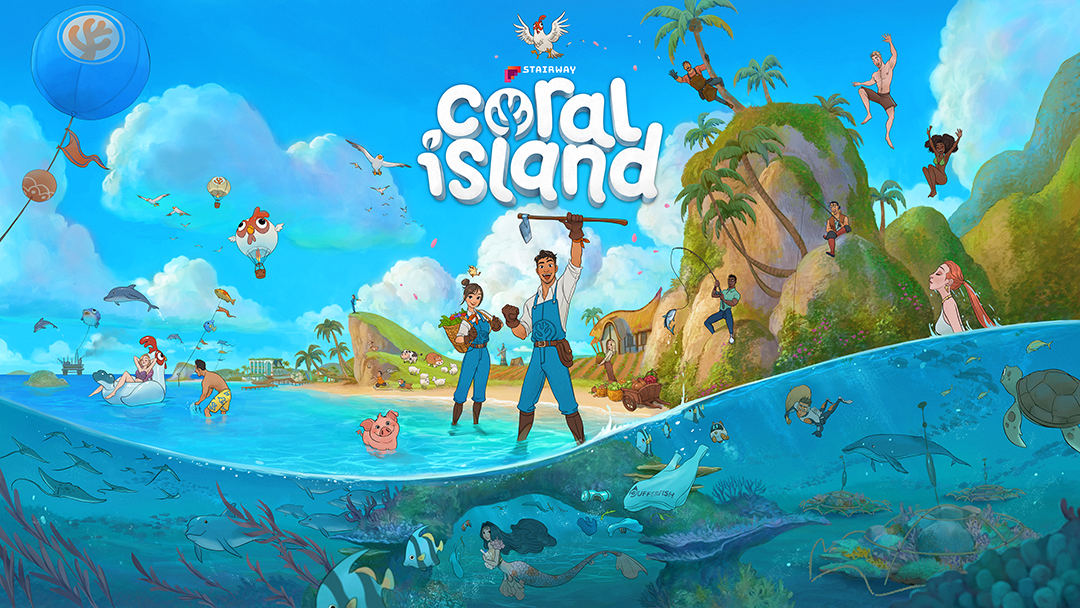 A 1-day-early summary! My first month here has come to a close already! Time flies. Most of my time has been spent playing Coral Island; an early access life-farming sim. It's a modern take on a classic genre. All the old familiar mechanics are there, but there are storyline and gameplay twists that add a new take. As mentioned, it is early access and has a long way to go. The storyline is not completely fleshed out nor implemented yet, so I don't feel I can mark myself completed even though I have finished the current main storyline.

As for the rest of the summary, I beat two games this month, both of which I had touched before. I also started six new previously-untouched games! I don't have a lot of play time in them, but it's better than zero, right? Plus Coral Island and a couple other games I've played previously have taken most of my game time up. Either way, I had a fun October even without playing any spooky games!

Hello all! I’m glad to be joining this community, and I hope to be able to keep up with it. To start off I’ve created a list of games I’m currently playing and have made a write-up about them below. I’d love to hear your thoughts!

I started play AFR last night. I really enjoy it so far! I started on easy difficulty as there is no tutorial. The mechanics are simple and the challenges are divided into days with warning of
how each week will go. The art style is cute and easy on the eyes. Overall, it feels rewarding and I've liked it a lot. This is a game I can see myself striving to complete!

On Steam I only have 2.4 hours, but I would guess it's closer to 7-10 hours. It is way more addicting and fun than I originally thought it would be. The layout of the game interface was a little overwhelming and confusing at first. I watched a few gameplay videos before really diving into the game myself. I love it. It can be incredibly frustrating and difficult if the RNG gods aren't looking in your favor, but the reward of surviving surpasses that. You just end up wanting to keep trying to live one more day. There are no achievements right now, but the devs are planning on adding them in the future!

Personally, I think the Two Point Studios team did a much better job with TPC than their previous game, Two Point Hospital. For this game I actually wanted to complete all the levels.
I have gotten three stars on every level and have only a few achievements left. At the stage of the game I'm at now, they will not be hard to achieve (hopefully). The most difficult one will be getting 50 students to drop out. I guess I will just have to make the worst university possible to get that one done! Overall, I would recommend it, but it does take a lot of waiting time for
certain goals to be completed which I see as the main drawback.

If you hadn't noticed yet, simulation games are kinda my jam. Again, I have more hours in this than it says on Steam, probably closer to 5-7. This is a well made simulator with a lot of room
for growth (hah!). There is some humor hidden throughout that I appreciate, too. The progression system is great and keeps you wanting to tend to your crops. I like that the game tells you what you need to do in order to unlock the next thing, that way you can work on something specifically and not just wildly plant anything and everything with no progress. If you're looking for something chill I recommend this!

Don't you hate it when you 100% complete a game only for them to add new achievements?
Me too. I completed this game (I think) the same week-month or so that it was released. While
I was organizing my games for this site, I noticed this was not in the completed category. Thus,
I gotta finish this again!! I like these kinds of games so it's not that big a deal, but this particular one can get tedious and leads to long wait times of just letting it run without interference sometimes. Either way, I do look forward to trying the new scenarios I need to beat!

Have you guys played any of these before? What are your thoughts on them/do you want to try any I listed? I’ll be sure to update what I finish them!