This is a perfect example of everything wrong with momentum-based platformers (and why I stopped buying them). 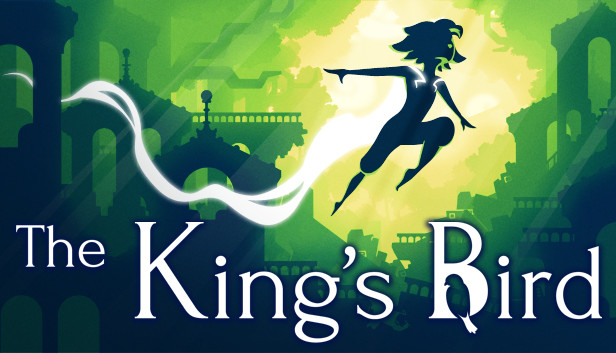 This is a momentum-based platformer (like I just said). Along with your standard left/right movement and jump, you can push RT to dash, but you can only do it once per plane (e.g. floor, wall, ceiling, etc.); after that, you need to jump to another plane to dash again. You can also hold LT to glide.

As the sub-genre implies, the controls aren’t all that responsive: if you jump forward and want to turn around, you have to hold backwards to slow yourself down before you can even think about moving backwards. Is there a thin pit with spiked walls you need to jump down? Well, don’t think about just slightly tapping forward because that’ll send you careening into the spikes on the other side.

The gliding mechanics are even worse. At first, it doesn’t seem so bad: bobbing down and up helps keep your elevation (not unlike the Cape Feather in Super Mario World), and the faster you move, the further up you can travel before your momentum runs out. Thing is, the further you get in the game, the more you realize how arbitrary some of the gliding mechanics are. For example, if you travel too far horizontally from the point you first started the glide, it’ll fizzle out. It isn’t a timer because it doesn’t happen vertically, only horizontally. Also, as soon as your glide begins to fizzle, turning becomes much more stiff and less responsive (meaning you don’t get a warning; it just happens instantly). So, it isn’t uncommon for it to run out on one run, then you try to adapt on the next run by hitting the button sooner only to overcompensate due to the more sensitive not-about-to-run-out gliding controls and fail again. There is technically a visual for how much glide you have left, but it isn’t a clear UI stat; it’s the thickness of the protagonist’s scarf, which is something you would barely be able to notice even when the camera isn’t zoomed out for the larger levels.

That wasn’t the only issue I had with the gliding, though: the faster you move, the more sensitive the controls become, but you can’t just turn instantly; you need to steer, which means you’ll have to input your actions early to account for the fact that you can’t turn immediately. So, let’s say you need to be moving fast to reach a high platform but need to go through a spike corridor to reach it, so you jump up and glide down to build up speed, then you need to turn ahead of time to make up for the steering (and you can’t just push straight because then gravity will push you downward into the lower spikes), but if you turn slightly too early and are about to run right into the spikes on the ceiling, you can’t just slightly adjust your trajectory down a bit because then you’ll instantly dive into the lower spikes and die anyway.

And that’s to say nothing about all the times the game makes you do blind glides (like blind jumps, but worse), where you’ll have no idea how much speed you’ll need (usually a lot, often too much to react to what’s coming up without already knowing ahead of time) or even exactly where you’ll need to go until after you go forward once and die. This starts happening as early as the first world, by the way.

Oh, and let’s not forget how certain levels don’t even really test what you’ve learned about the mechanics so much as they introduce some new way of manipulating the game’s physics and you just have to go through trial-and-error until you figure out what button sequence results in you getting the height and/or trajectory you need to progress. The 2nd worst of these was Crumbling Wells; I know because that level’s trademark setup gets reused in the final level (which then moves on to have the worst one, in case you were wondering).

To add insult to injury, the collectibles have bad graphics. Sure, it seems fine at first since they’re bright and have a glow effect around them, but when you consider that the game’s background is monochrome and can get just as bright as those birds, you’ll realize they can easily blend in and go unnoticed. I lost count of how many I either missed without realizing it or collected without knowing they were there beforehand. Plus, they’re smaller than your character, so if you want to get them all, you’ll end up needing to be even more precise with these imprecise controls.

Lastly, despite the entirety of the rest of the game having no combat (or even moving hazards), the game decides that it needs a final boss. It can summon 6 tiny projectiles that all move faster than your momentum allows you to dodge, and it flies around in an erratic pattern, spawning spikes onto any surface it touches. It can also throw a spear that causes spikes to appear all around the platform it hits, or even have spikes appear on all platforms for a split second (though the indicating smoke stays up for a full second or second-and-a-half, so if you react to it like normal, you’ll land back on the platform right when the spikes appear and die). Also, the game introduces yet another mechanic, this time using a new button that had never been used up to this point: on certain platforms, you can generate a force field, and this reflects the boss’s large, slow shot (not necessarily back at the boss, just in the opposite direction). Plus, for the final phase of the fight, these force fields gain a different mechanic: creating a small opening in the boss’s force field, but only for a split second (even shorter than the visuals show it being open for, so I got bounced back by what the game showed as an opening and I thought that wasn’t what I was supposed to do at first). And when I finally beat the boss and made it to the end, the game just kinda soft-locked on an alternate title screen; I had to pause and exit manually. Maybe that was intentional (the new background could be interpreted as an epilogue), but it felt like something messed up since there was no music or even a staff roll.

Don’t normally read reviews but wow it was so negative I had to carry on reading. Seems like you had a terrible time and that I’m ever so glad thats not the type of game I like because fiddly controls are not fun