I am addicted to Prey and the dlc Mooncrash. But i did finished a few more short games, and finally went back to complete Mudrunner seeing as it got its last free dlc.

EVERYTHING THAT COULD GO WRONG WENT WRONG!
Anuman never ceases to amaze, If you bought this, i hope you have a soft spot for train wrecks. Im hard-pressed to find one Anuman(microids game) that didn't shit the bed at one point or another, but Dracula...holy crap. It rips and tears the original title to the mangled, unfinished state it is here.
The culprit? OK...enough suspense, the steam version (sheds tear)...(holds laughter)......the steam version, is from an android version. That in itself would be an issue, i mean it's advertised on steam store with screenshots that could belong to any other version: GOG, PS1, whatever...i know its false, for the visual downgrade and the borders this one had.
But if you think false advertisement is the issue, you are in for a world of hurt. And what sweetens the deal is that Microids, much like with Moto Racer collection, did sell non android ports.
As for the game, it's not even a faithful recreation as they took some liberties, oh boy did they!
I didn't know much about the game. However, i remember enough to know we are missing some vital cutscenes right at the start of our unfortunate misadventure. Im all about making bad games shorter, but that cut scene was crucial to plot.sure beats dropping the character on location and expect you to know what is going on.
Even then, that wasnt enough...clearly your phone wouldnt be able handle the original graphics from 1999, which is understandable, its the late 90, everyone was a pioneer, we just cant compare to the standards of 2014.
So, here's a crazy idea. why not remove any character animation for everything that isn't a cutscenes? list that under features "0 Frame animation". What? you never used street view on google maps? No, wait, theres less freedom, you really need to click on tiny little arrows on screen. which, it's not even a thing in the original game.
some other developer would likely add new paths, as the original already had few paths, often pointing the player towards walls, and then you need to turn the camera around, But this version, adds the nuisance of having to click on tiny arrows, also an unnecessary icon to be on the screen.
Some other things that also bothered me tend to fall on laziness. In the first area theres a bridge that falls, and they couldnt be bothered to change the frame after the cutscens for...idk, the one where the bridge isnt still standing!
AH...It sucks so much! The old microids characters are kinda gross, but it was decently animated for the time. and now better than this 2014 version...thats just sad.
Im also really sure they dont have the original sounds and music. This is seems to be stock. I shit you not, they used a Dramatic Stinger wrong.
As for gameplay, regardless how bad this is, you can tell the original wasn't anything special in regards to logic and pacing. it always looks weird to be able to grab a strange item before you trigger something that makes such item important. i clumsy ended in a cemetery at the beginning of my journey instead of entering the inn like a normal person, i decided to desecrate a tomb for a required item the character knew nothing about. And only then can i ask what that item did. Is my character a grave digger...so yeah, the original it's not Syberia levels of good, it was a decent game for the time.
But that wasn't enough,these guys where on a mission, They had to, no they owe it to the buyer to surpass expectations. that's is why, they had to rework the quest line.
So now the game has a failed state. They decided to lock a door at the castle until you bring an item back to a character, there's a tiny little oversight, the original game closes the way out if you have enough to proceed to the next area (library). I will follow that with my final criticism
If like me you screw up, you got to reset the chapter. Because this new version doesn't have save states, it has a load, in name only, its actually a chapter select 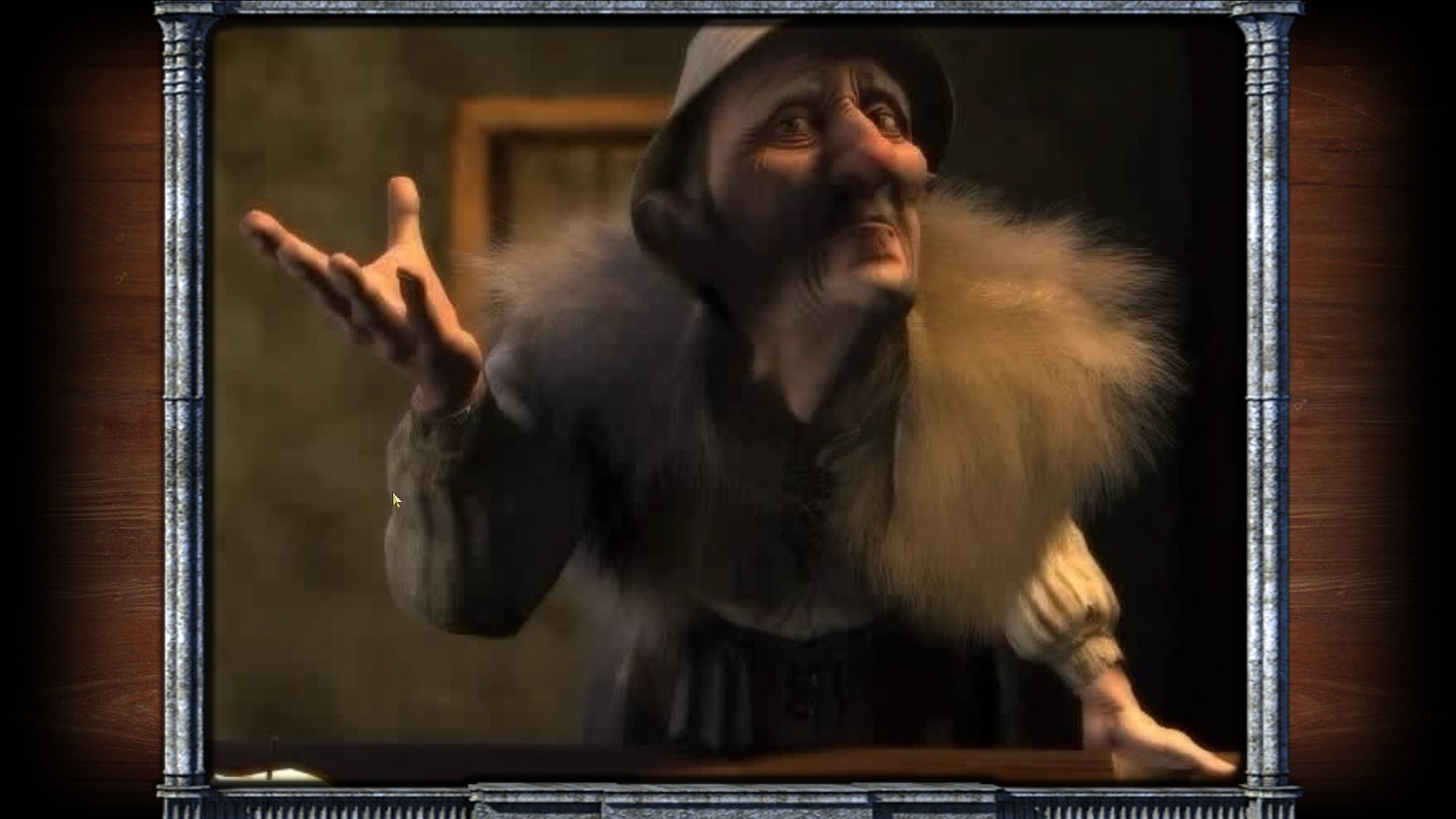 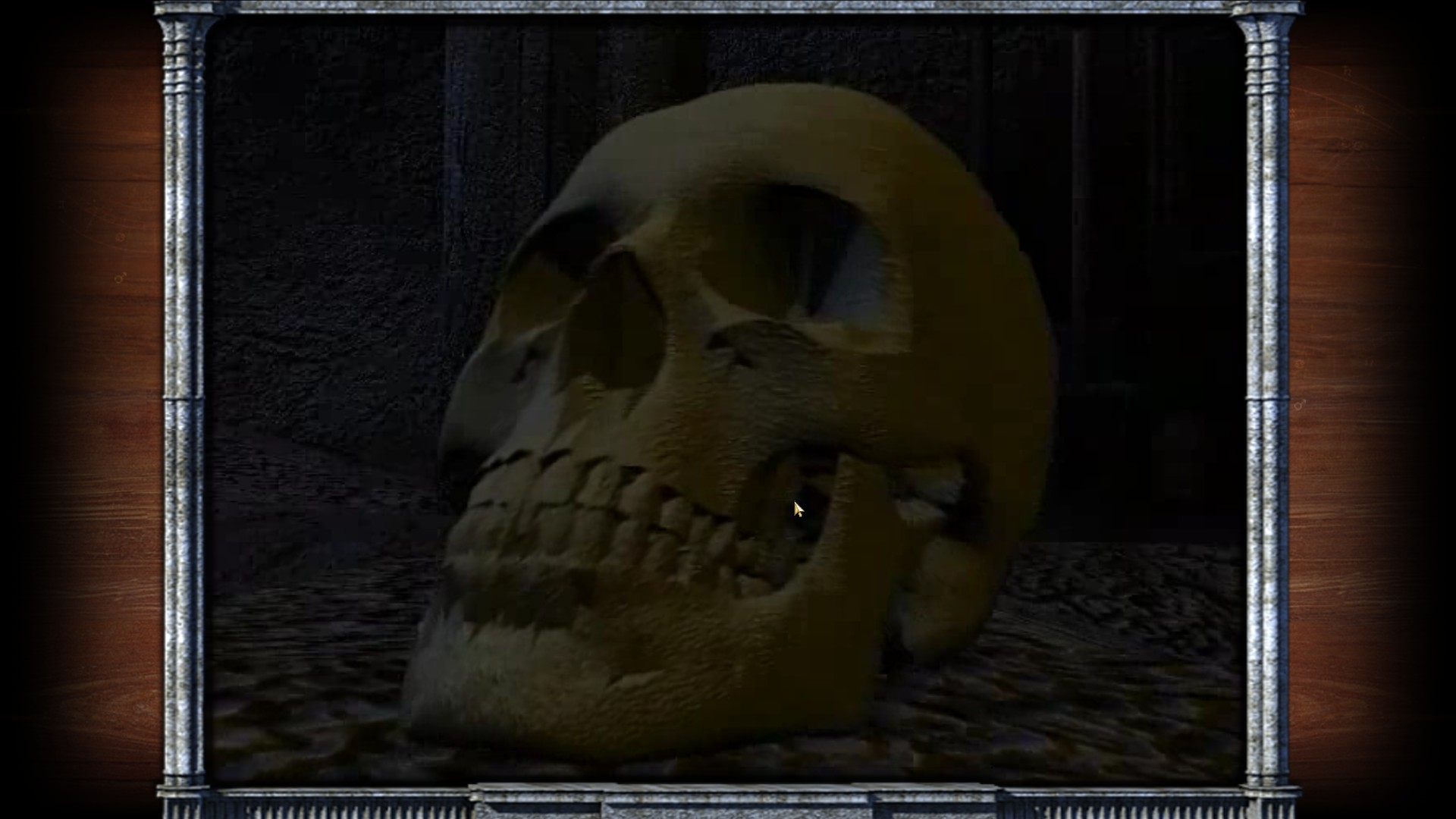 Much like spintires it's a relaxing game, even if the main objective is always to deliver logs through muddy trails. Their "game"s are good. still, it's starting to get a bit shady. I bet the upcoming Mudrunner 2 is the same damn game with some minor changes.
That's my only issue with it, i bought the expansion, and it quickly run its course. If i want more free dlc i need to buy Mudrunner 2, the community will also likely move on to the next game´s workshop
As much as i want to support the team for making a good game, some of my issues with Mudrunner could be fixed with a patch, and the ones that could not, probably won't be addressed in the sequel
- the camera needs some work
-The hands movement is hyper sensitive, makes me panic in first person
-They could have given the option to have different objective. There's enough things to do in the game, its just that levels finish once you deliver the logs
-Looking at the speedometer, the vehicles were intentionally slowed down.likely to protect the players from crashing in the small but very dense map. There are at least fast vehicles on the workshop that are impossibly fast on manual...do that's enjoyable
-the editor is a bit outdated, the file format for vehicles and textures dont help. Basically i simply wanted to export the canyonero from simpsons hit and run, from the dsmax over to the editor. Things are a bit more complicated than i expected (mad respect to the steam community for giving tons of mods already) Imidiatly it tells, you need a plugin for dsmax because it just doesnt export in that format to begin with. wheels need to be separated and dsmax and the editor dont share the same axes. The textures need to be brought over in png format. And finally...i would have to write the damn template.
Good enough, i would recommend any of the 3 games. Bloody good time with friends. There's tons of vehicles on the workshop. Never been so relaxed after crashing and loosing my cargo.
Didnt have pictures of it, but at one point we had 4 people working together on the same map. 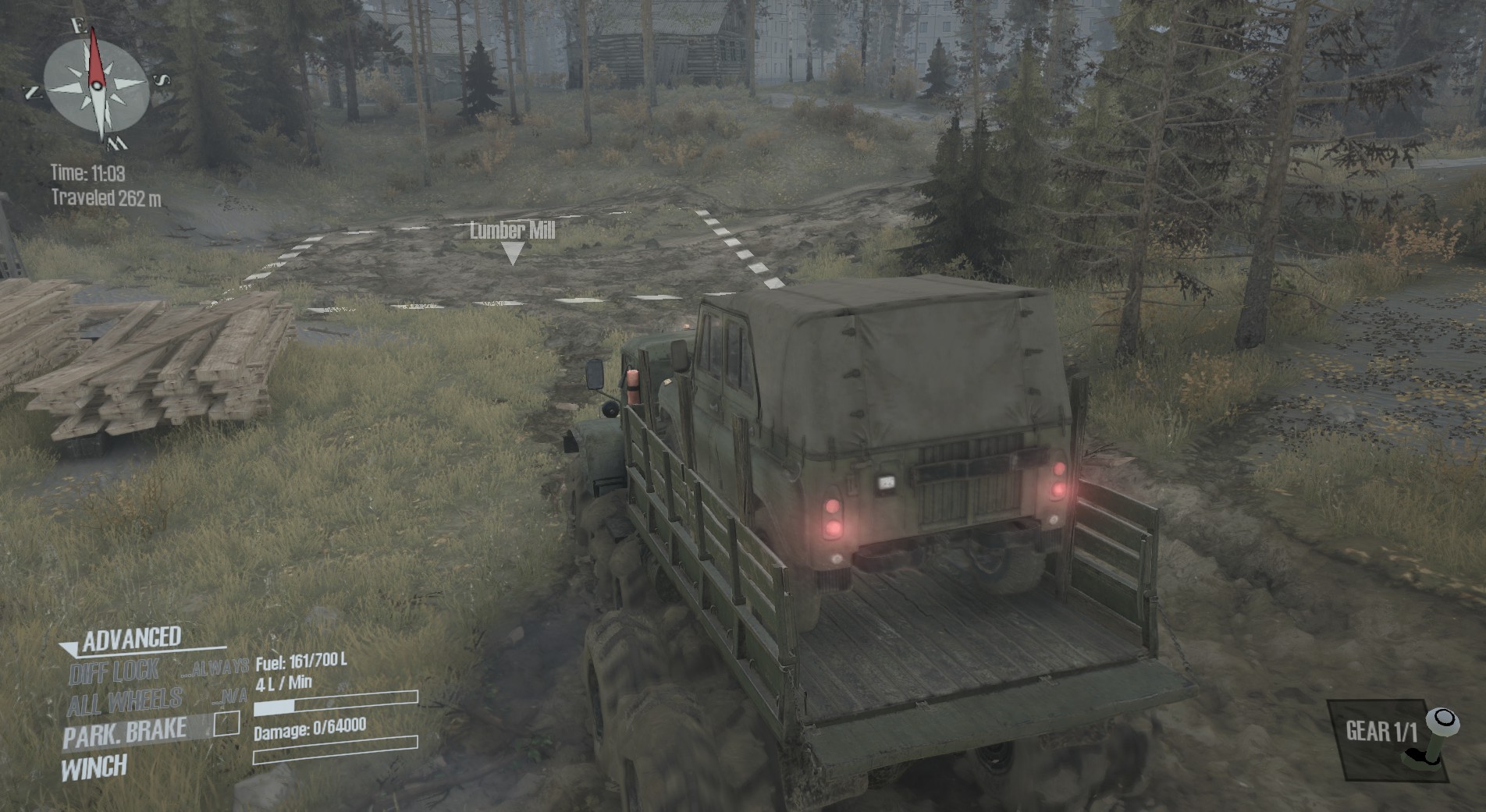 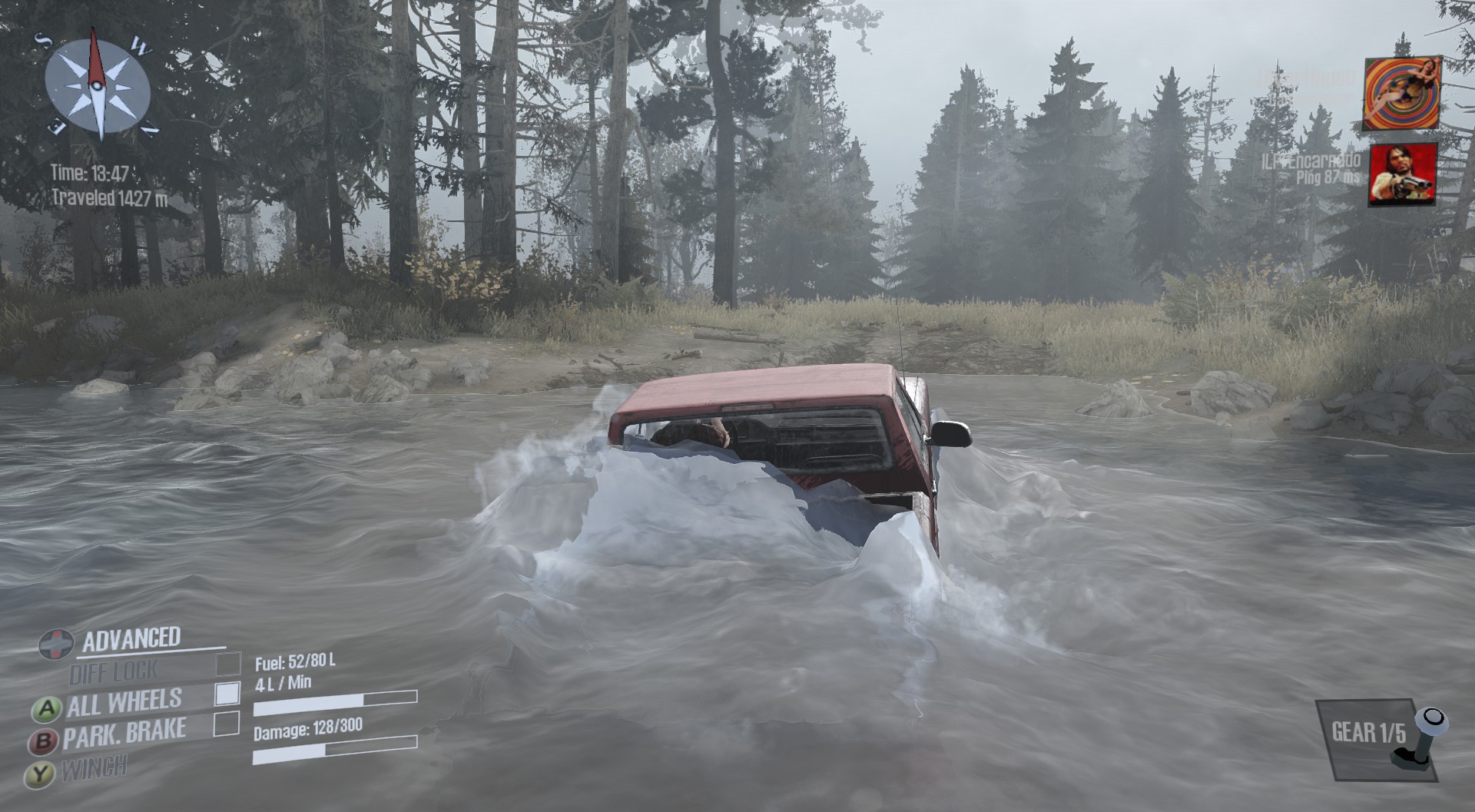 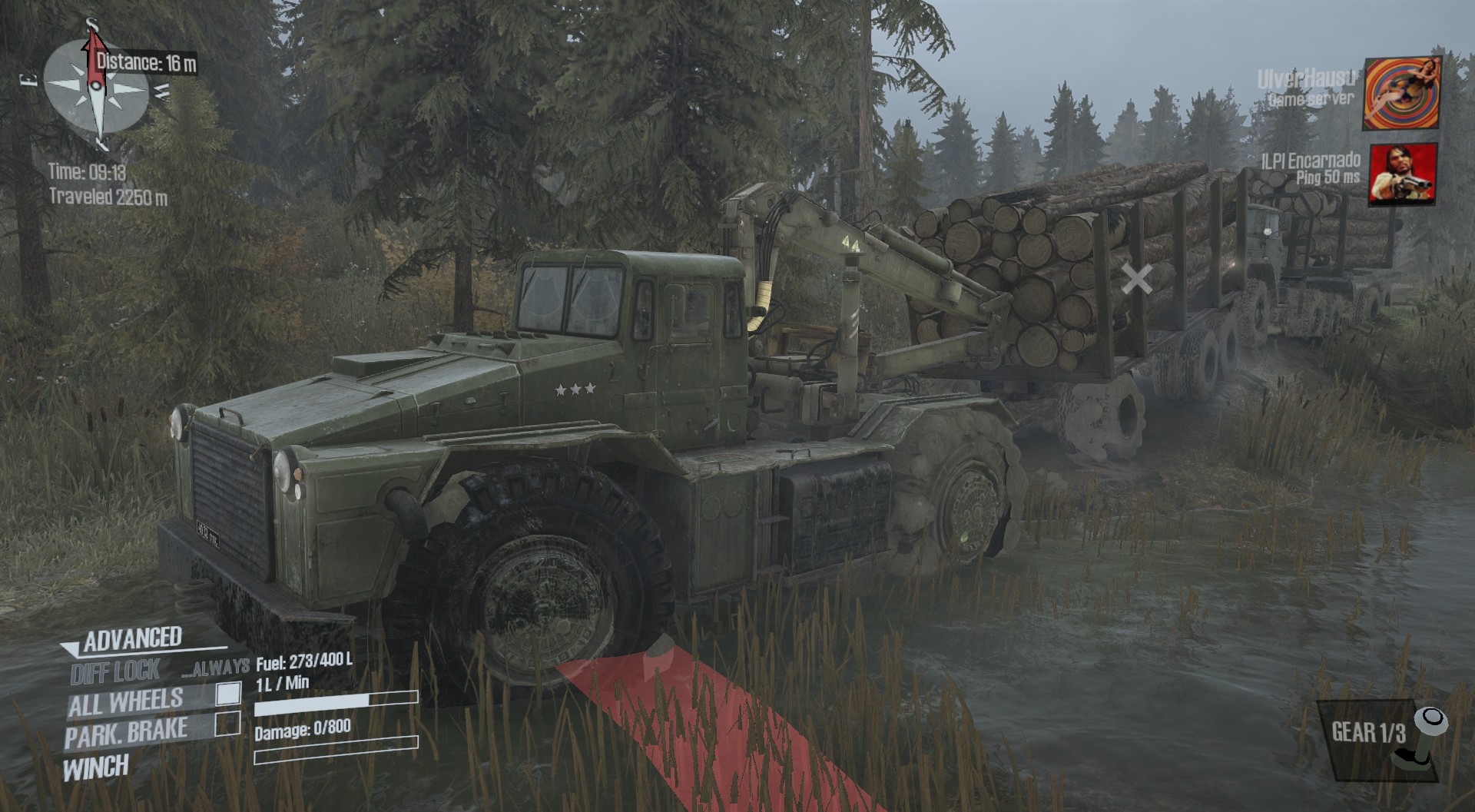 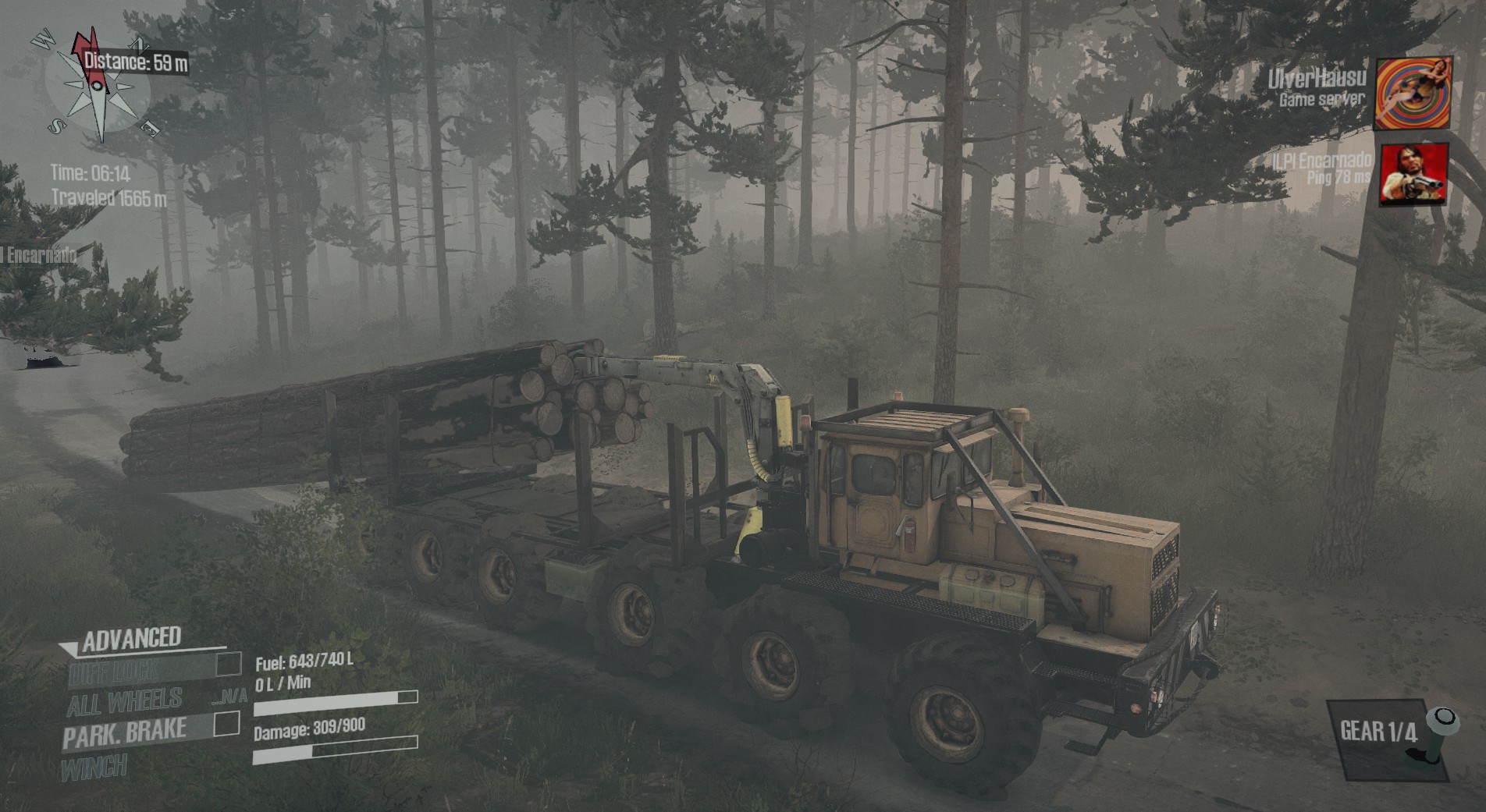 Decided to go at it in chronological order and was only then told that it makes more sense to start with New Order, even but i wont listen because this was closer to remaking RTCW. I might be wrong to start here but, gameplay wise, it practically starts with an introduction chapter, it's unlikely anyone would find any issues starting here
It actually really slow, Prologue and Chapter 1 are way linear, tutorial like. It gets increasingly better, with the exception of the final boss.
It's surprisingly accessible. I really wouldn't recommend Normal (the difficulty i started), possibly easy for missing achievments. Hard is now the new Normal. You don't even need to complete the main story in Uber difficulty, just the final chapter, there isn't even much to do in the final chapter, other than a rather frustrating boss fight.
I enjoyed everything else. Particularly the stealth sections, easily identified by the presence of a Commander. These parts of the level are well constructed for run and gun. you can just quickly dispatch the commander enemy to stop the alarm. It's perhaps, a bit to easy in some areas. while the stealth option will likely take you a bit longer, but it's generally more fun.
The cover system is odd but functional. Climbing with LMB RMB is unnecessary
The perk system is a fantastic idea, it incentives the player to try different playstyles and weapons. The implementation, not as much, not only can it be exploited by reloading checkpoints, it hardly makes a difference on anything below Uber difficulty. Old Blood is too short for it to pay off.
I did all the Nightmare levels, it's pretty fun going back to 3D with the new weapons and mechanics. I don't quite understand the map choices and enemy placement. It doesn't have a difficult progression to it, however...its super enjoyable and a welcome change of pace. The secrets are still there too, and will show the prompt when facing them
I'm still missing some gold that i really don't care about. And challenges on death incarnate minimum, that i'm not sure i'm capable of doing.
Great game, that could be better with some tweaks, and a longer campaign would be better for a more extensive perk system. 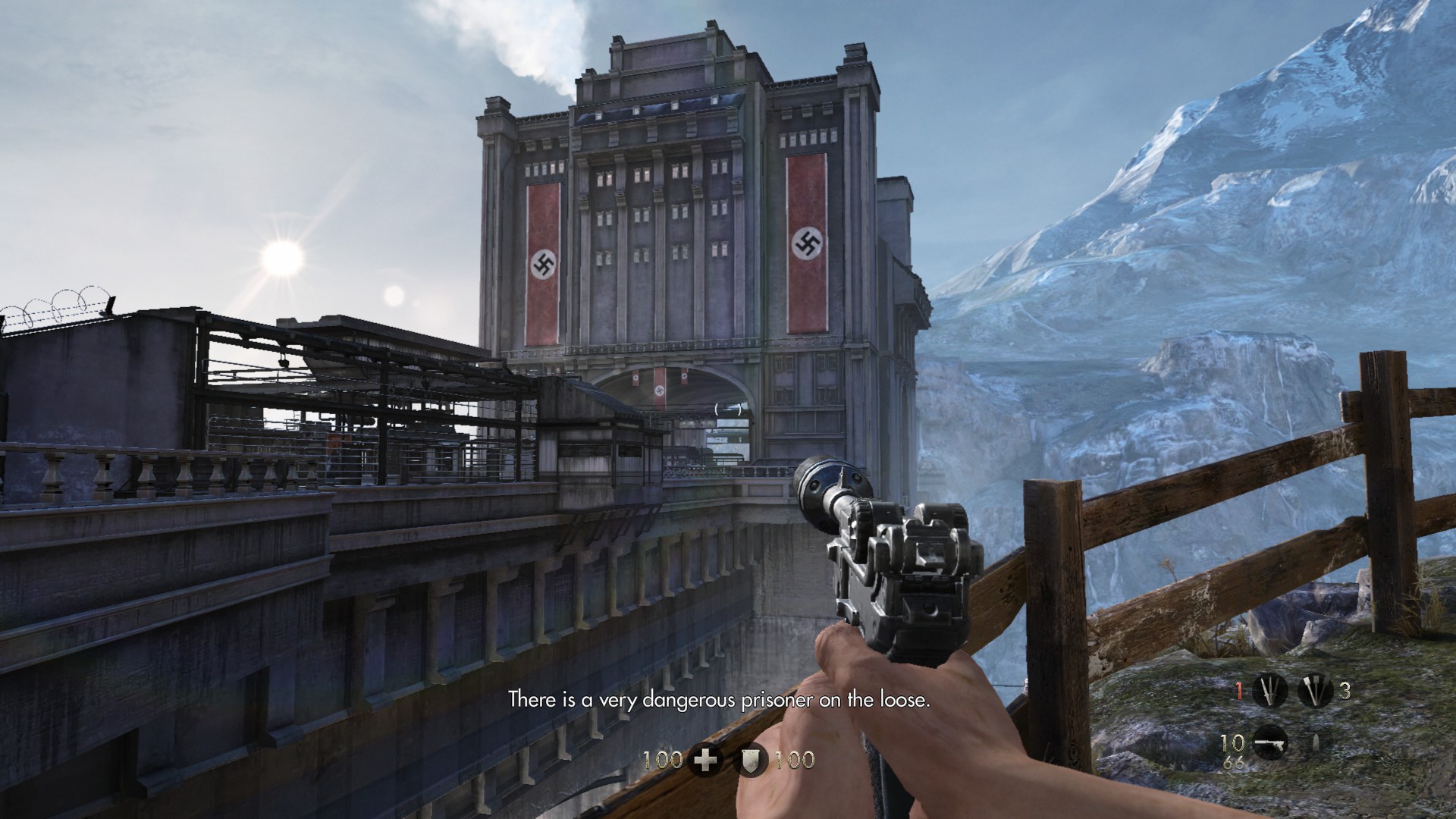 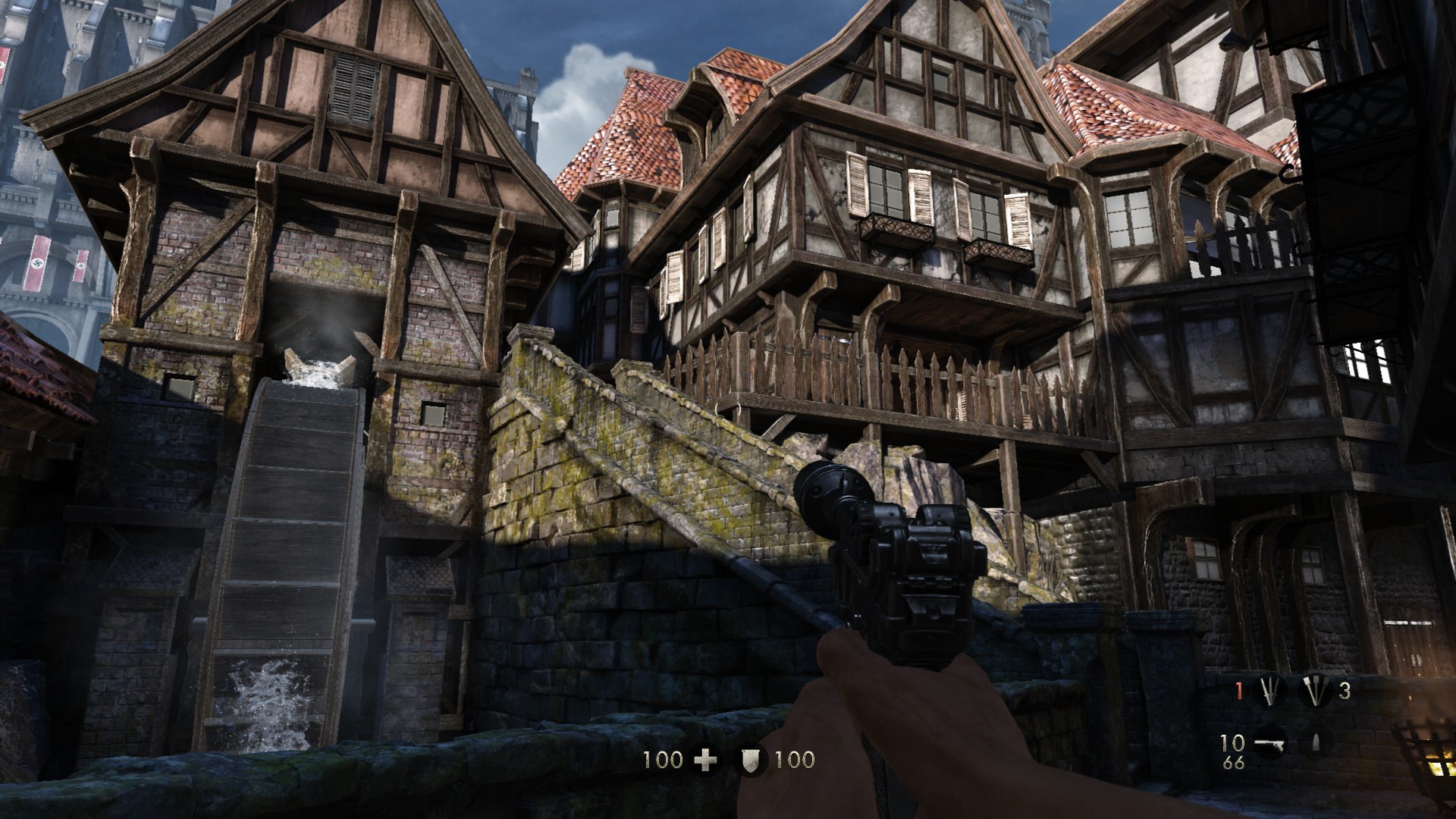 Finished one run and that unlocked new game+ and endless mode. Which are likely a better challange than the main game. I just dont feel like going back
There doesn't seem to be any achievements for those, instead the remaining achievements are from different choices you can take in the main campaign
This is an older game from the same dev of Monster Slayer and it still shared some similarities other than the UI.
Monster Slayer added a card based and roguelike elements to increase the difficulty, By making death vital part of the progress. If both are relatively small games, only one will take you 2 hours to finish
Reverse crawl is complex enough, at least in mechanics. it offered a really large amount of team choices, even if those choices are mostly made through rock paper scissors strategy, consisting of exploiting enemy weaknesses.
Essentially it's a story driven game. player gets to Pick a quest, then goes on series of rounds against different groups of enemies on a small turn based grid. Instead of stacking numbers to a unit. Its done by rounds, until one side has no more units.
It's just a bit too easy, i understand you can't grind, but it's missing something. You can block and get critical damage from flanking. You can stop an enemy to advance towards long range units.
At the same time, the upgrade system doesn't make much of difference, its like every choice you make is a good choice for a well balanced team. Its missing something,

Thank you. I thought for the longest time that I was misremembering the game from when I played it years ago on PS1, but it turns out they really butchered this Android port. There are definitely missing story bits and even automated puzzles entirely. Such pointless changes in my opinion that only devalue the game.

I will die not knowing what kind of deal they had going on GOG, old Microids games are simply ported to work on newer machines, while steam unnecessarily got new versions,
Also Dracula 4/5 Special Steam Edition has no special features whatsoever

EDIT: About the puzzles, i wouldn’t be surprised. Still the original did use the dragon ring as a universal key

The Old Blood is a prequel anyway IIRC, so I don’t really think it’s a big deal to start with that one. Plus, it’s the shortest game in the series, so an easy one to knock off the backlog as well.