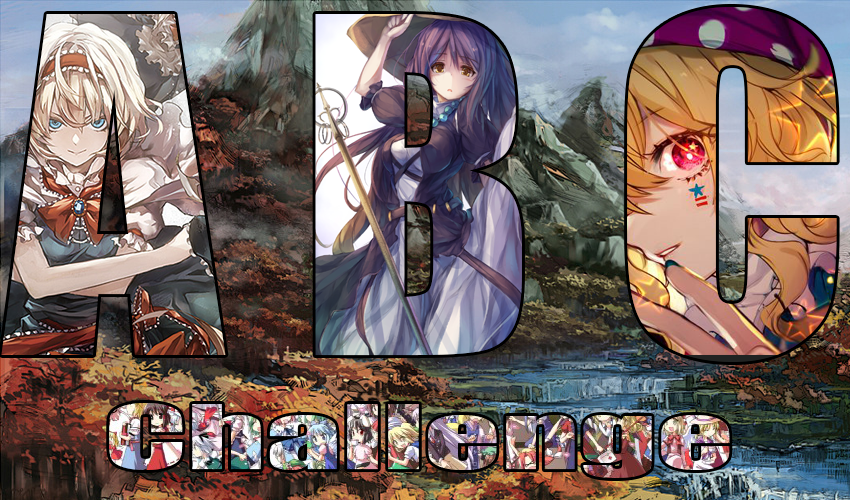 I’ve decided to join in on this ABC Challenge as well. I’ve been meaning to do it for a while now but it was bugging me that I was missing several letters so I kept postponing it. For now I’m missing only “X”, so I replaced it with a numbered game I knew those math problems where I had to find x would come in handy one day.

The reason for starting this plan is that I have a bunch of really good long games that I never even started, so this will very likely take forever to complete. Of course, I didn’t have such games for every letter but yeah ¯\_(ツ)_/¯

Priority of choosing was mostly as follow: Good, lengthy games -> SG wins -> Random games where I didn’t have anything better.

*The reason I would like to avoid swapping too many games is because it would go against the reasoning behind this particular plan. I only allow limited swapping due to certain letters having some not-so-great games.

That being said, I will probably start including progress for this challenge in my ‘Skattered Fragments’. Of course, the list below will be the first thing to get updated.

Reserved for keeping track of swapped games if necessary

But why not the Romanian alphabet? :sab
(Also, some of those games are actually good, yay! Also, how have you not played Bastion yet. :notlikeblobdog:)

Maybe if a dev ever releases a game that starts with a romanian letter… :33:

I mean, it’s not private, just not posted to activity feed :blobdogeyes:
I posted it on the master plan thread and I’ll talk about it whenever I do my regular posts if I beat something from it, so I didn’t see the need to spam regular feed ¯\_(ツ)_/¯

and we don’t talk about bastion :blobdogsweat:

Edit: Fine, I made it public now even though it’s already way down the activity feed so it doesn’t matter anyway :blobdogeyes:

It mattered, you caught a blue!