For the current month: (and the previous as well)

masquerade on Steam masquerade817 on SteamGifts

So I had my semester exams last month.
And I couldn’t pay as much attention to gaming.
(I’m just done with my degree college and I’m freaking out!! (ಥ﹏ಥ) )
However, I’ve racked up quite a number of new games in my library this month.(Show/Hide)

In contrast, I only got the time to complete one game, The Turing Test. (Thanks SevenDeck! Loved the game!)

About this last month's multiplayer theme...

I’m generally a very shy person and I avoid multiplayer games for a variety of reasons.(Show/Hide)

If it weren’t for the monthly theme, it would’ve remained that way. But when the theme came out, I was like, “F*ck it, let’s try this out!”
And I’m glad that I did. (Not that those reasons no longer exist. Multiplayer is still a scary business. I’m just glad ‘cause I had fun)
I found this cool friend (SevenDeck) to play MinionMasters with, which I wanted to try out for a long time.
And then there was the Rocket League multiplayer event XD
Fortunately, RL was free-to-play that very weekend we had the event decided. How convenient! :D
Though now that I think about it, I guess I was the only one to participate who didn’t own a copy back then ( ゜-゜)
And although I started a complete noob at both Minion Masters and RL and SevenDeck already had a good experience, he was very patient with me and even gave me tips and encouragement and was very polite while beating my *ss XD
Arigatou, Senpai! XD

All in all, I only got to play multiplayer during the starting few days but it was really fun and I feel a little more confident about myself (I guess ^^’ ).
So thanks, Nelly and everyone responsible for the event ( ͡ᵔ ͜ʖ ͡ᵔ )

Also, an important lesson I learned this month:
When someone tries to get you into something and say “Hey, I’m not that great at it either!” as an assurance, IT’S A TRAP! Don’t fall for it!
If they weren’t that great, they wouldn’t be trying to get you into it.

PS. No, I don’t make bridges for a living SevenDeck (ಠ‿ಠ)

12.7 hours of playtime, 15 of 15 achievements
Portal Lite with some deep sh*t on consciousness

You're probably hearing this for the umpteenth time, but here I say it again, if you liked Portal you'll like The Turing Test as well.
The gameplay is very similar, yes. You have a special gun and you solve puzzles with it and go from one room to the next.

But what is interesting about this game is its premise.
You're on Jupiter's moon, Europa, and the ground team is missing. You wake up from your cryogenic sleep as Ava and you're sent by T.O.M. (the AI) to the ground station to find the team. As you pass through each room, you get more and more information about what happened there.
Right from the start, the game presents you with a question - If we build machines with an advanced AI that can mimic human behavior, would that mean they can think and feel just like us? Would they be considered alive or conscious just like us?
And whether machines could have consciousness or not, how would that affect our human society? And how do we even determine if something has consciousness or not?
The game presents many points on either side of the argument throughout.
It somewhat reminded me of the anime Time of Eve.
(I believe you will have to read all the notes and stuff in the game to really appreciate this)

Now yes, this game isn't as big as Portal.
It's not as long as Portal. The puzzles are easier. And GLaDOS could eat TOM for her breakfast.
But as a standalone game, I did not find it lacking. I enjoyed it in fact.
My friend (SevenDeck) calls it 'Portal Lite' and I feel that's pretty accurate. 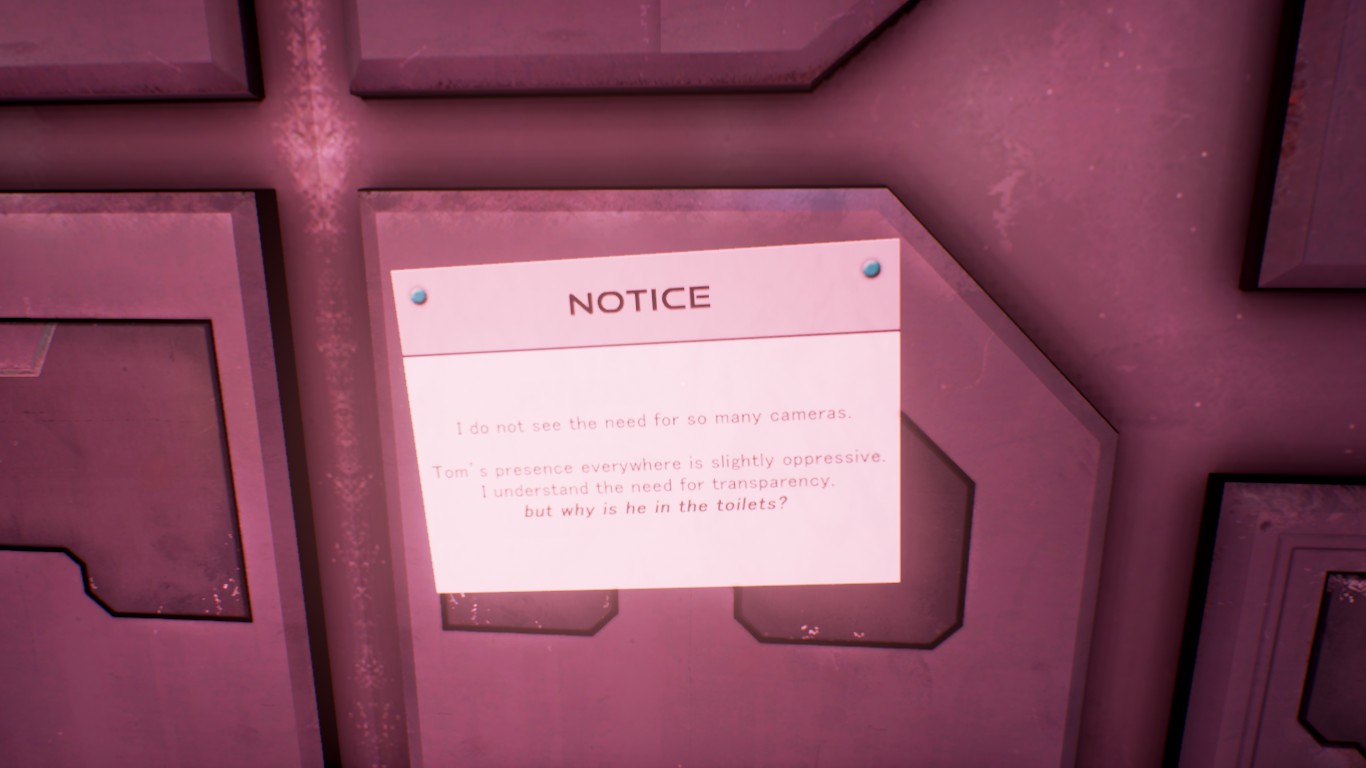 I can see where this is going. If you've ever watched horror movies, TAKE THE CUE AVA! Your life and the survivors lives are at risk! 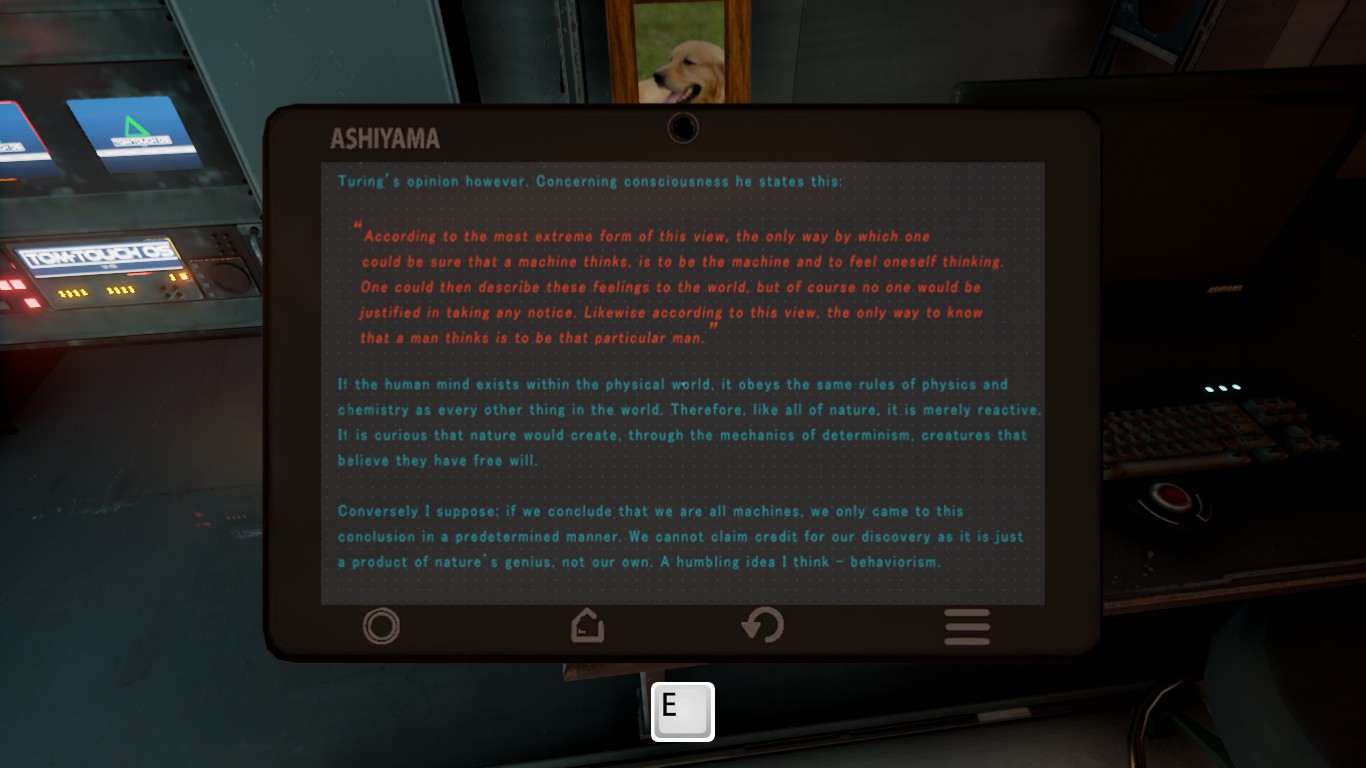 We keep making scientific advancements with a sense of purpose. But the more we advance, the deeper we fall into an existensial crisis. 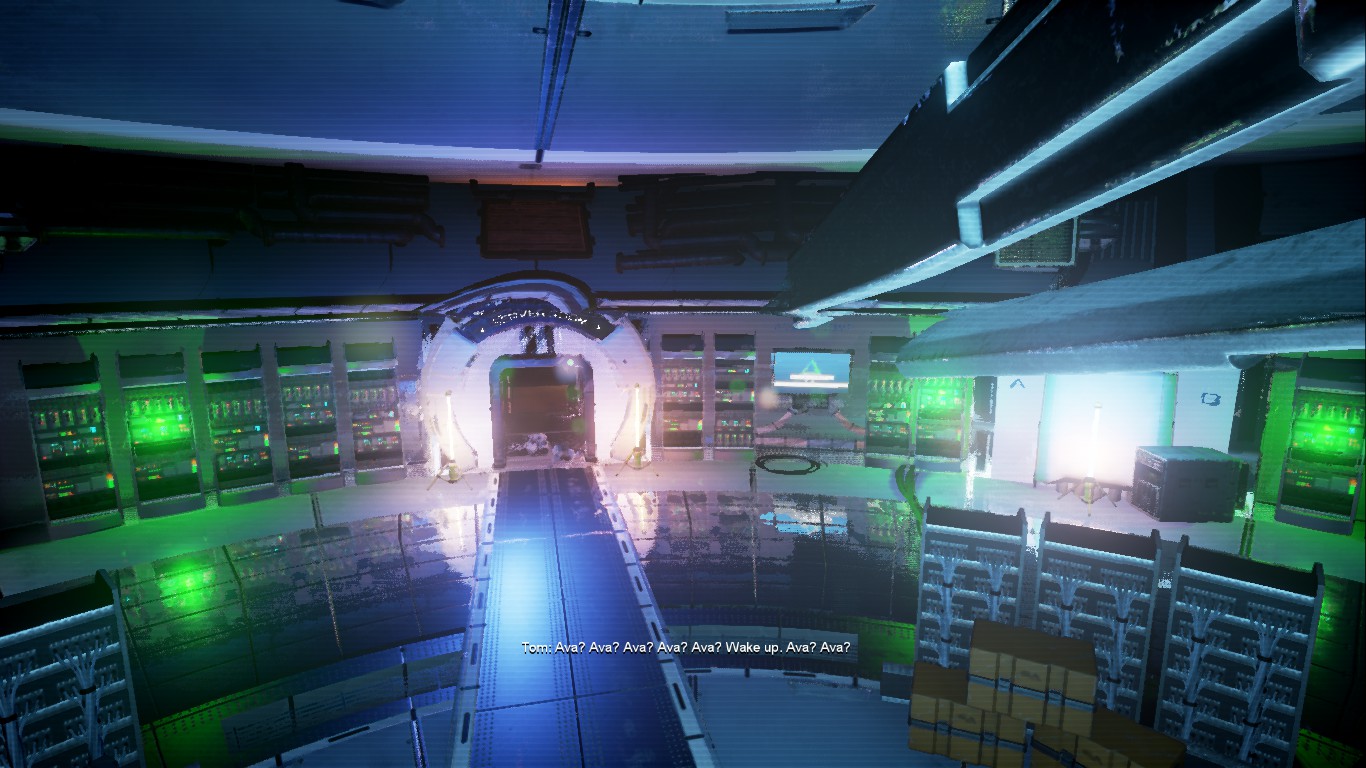 The silence of this moment got me. 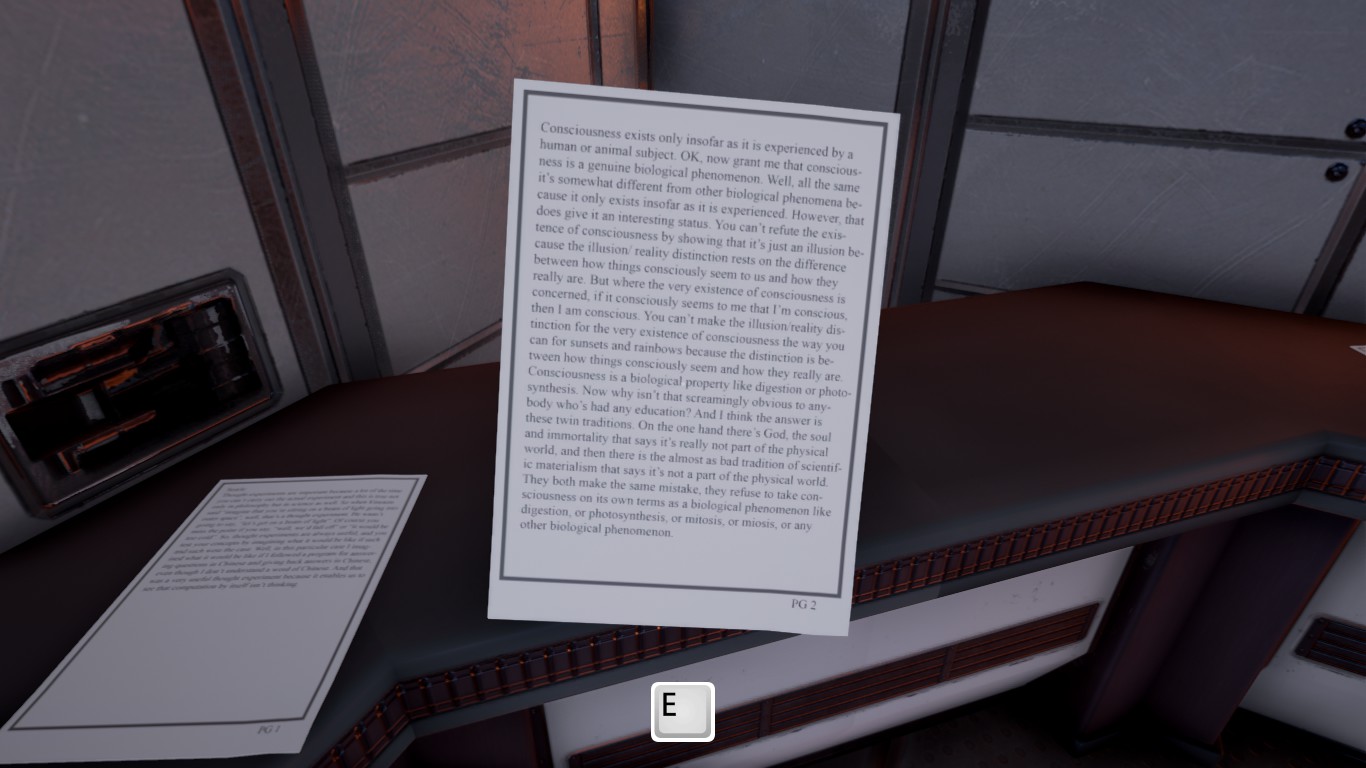 Consciousness is a biological property like digestion or photosynthesis. Still can't wrap my head around this. 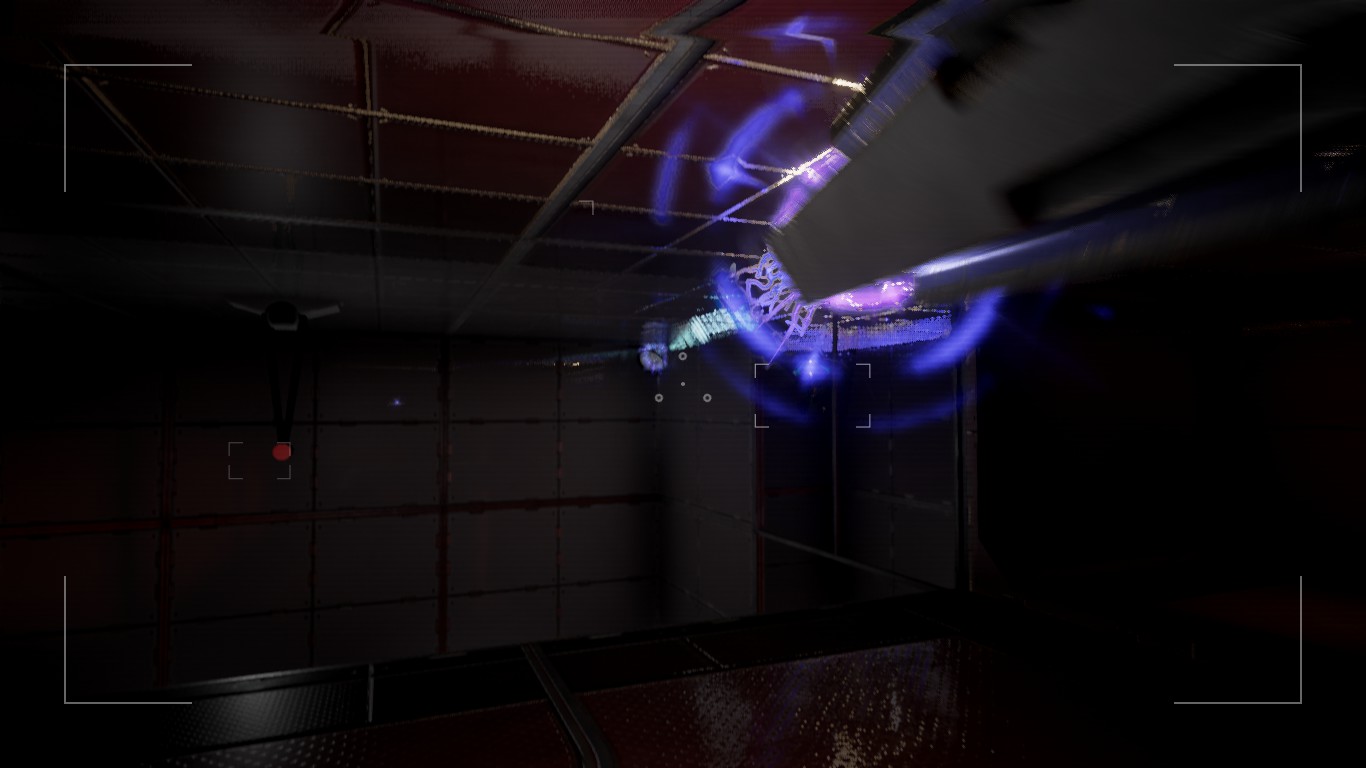 How Machines Work: Plasma Machine Gun (or whatever the heck this is) 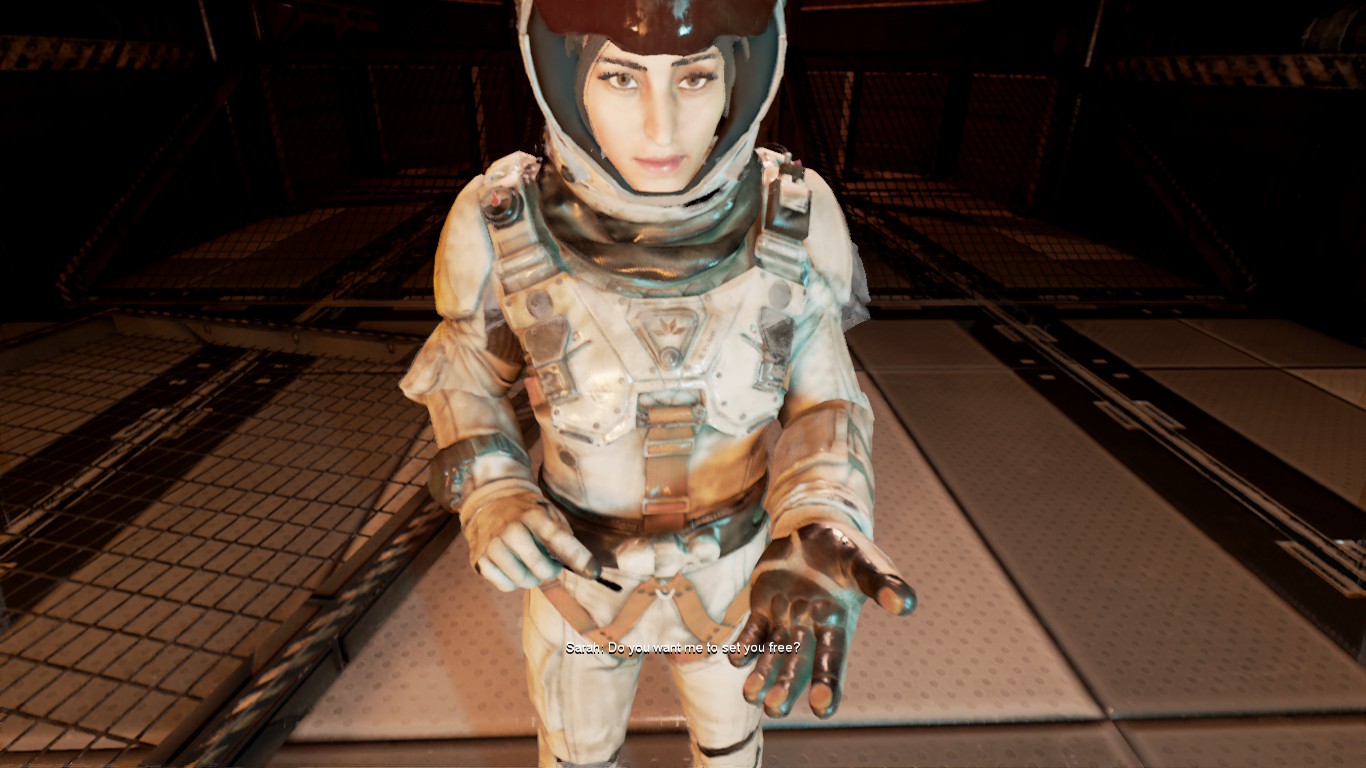 This has been yet another busy month.
My college just got over! Just my finals remaining! (T^T)
Which probably means I won’t be able to play much during this month either.
Anyhoo, I somehow did manage to take part in the monthly challenge.
Special thanks to Evolve for picking out these titles for me (Show/Hide)

Out of these, I got two games down (Show/Hide) that were the shortest :P

I wish I could’ve done Broken Age as well. I was looking forward to playing it since a long time :/
Anyway, I also added 4 titles to my library this month. (Show/Hide)

I got this game as a gift from a friend.
I really like the art.

It's a point and click puzzle adventure game where a random old man suddenly hands you a time machine and warns you of an impending apocalypse and you've to figure out a way to stop it.
Clichéd, I know (Even the ending is pretty predictable), but it's still fun.

You've to swap between present and future realities, collect objects and use them appropriately.
The swapping between the realities is what makes this game unique. 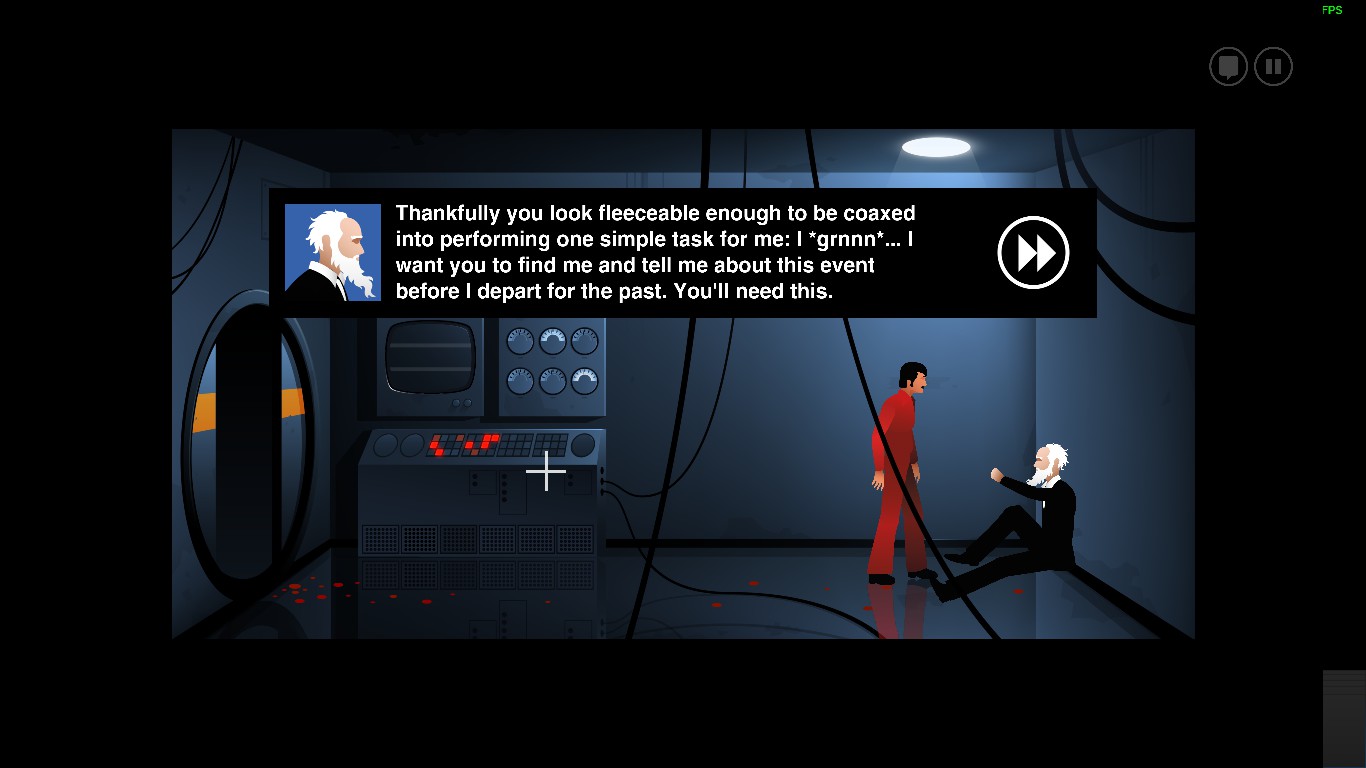 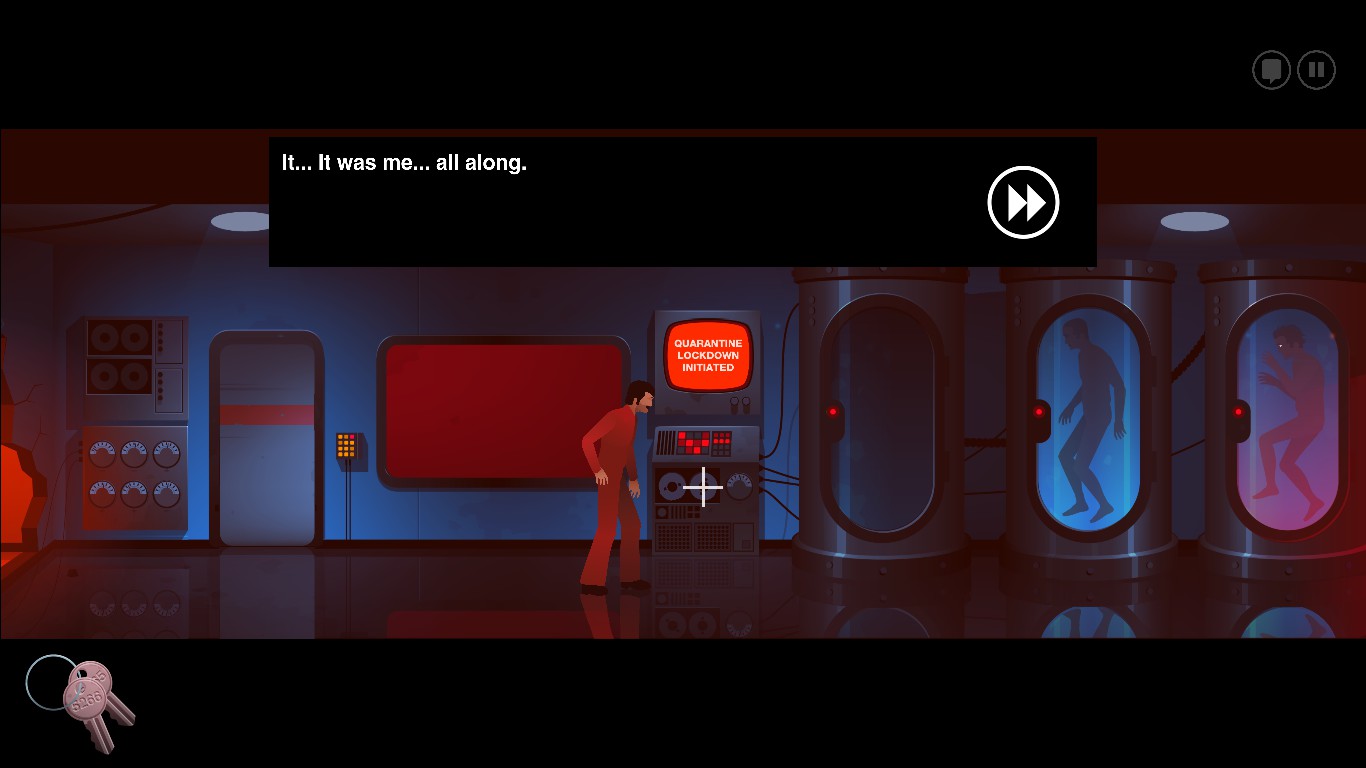 KNEW IT! Knew it all along! 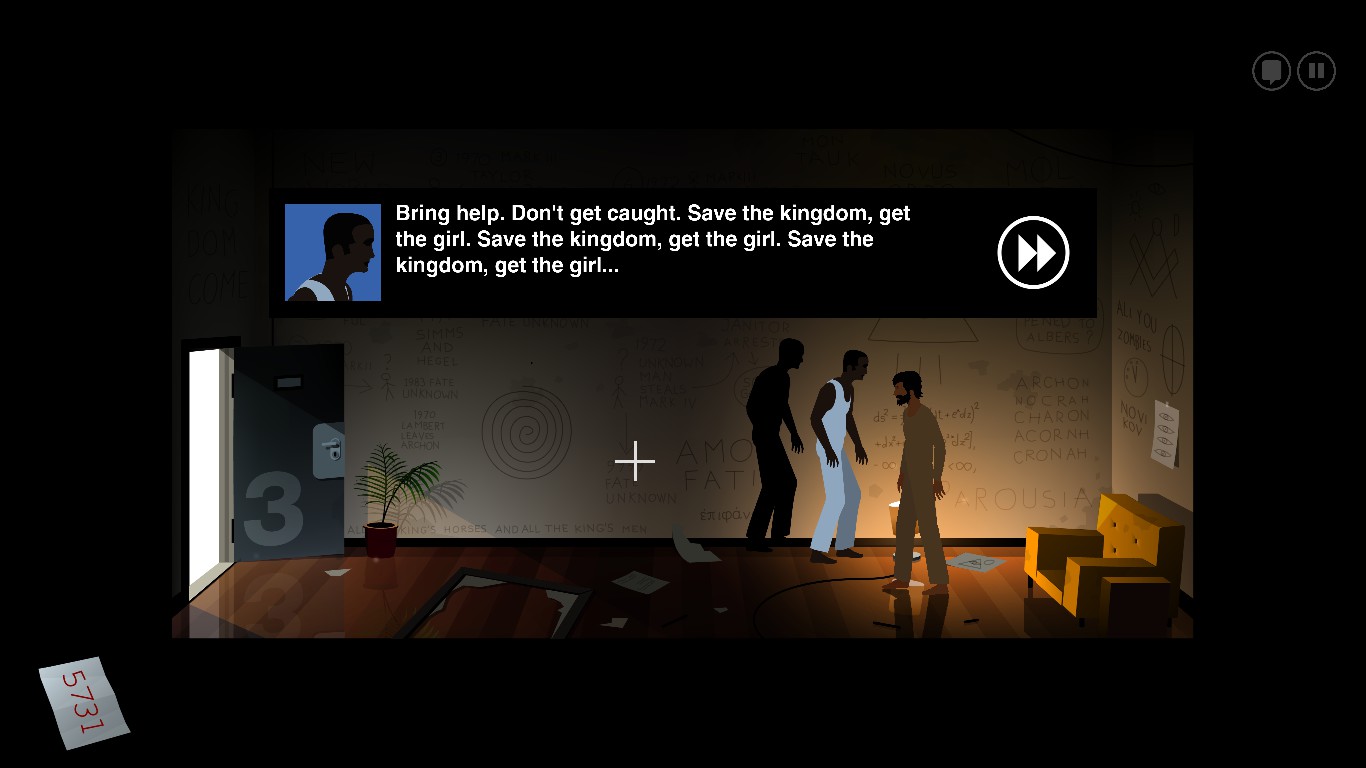 Lol he's just s*x deprived! And the quacks think cryopreservation got to his head :P 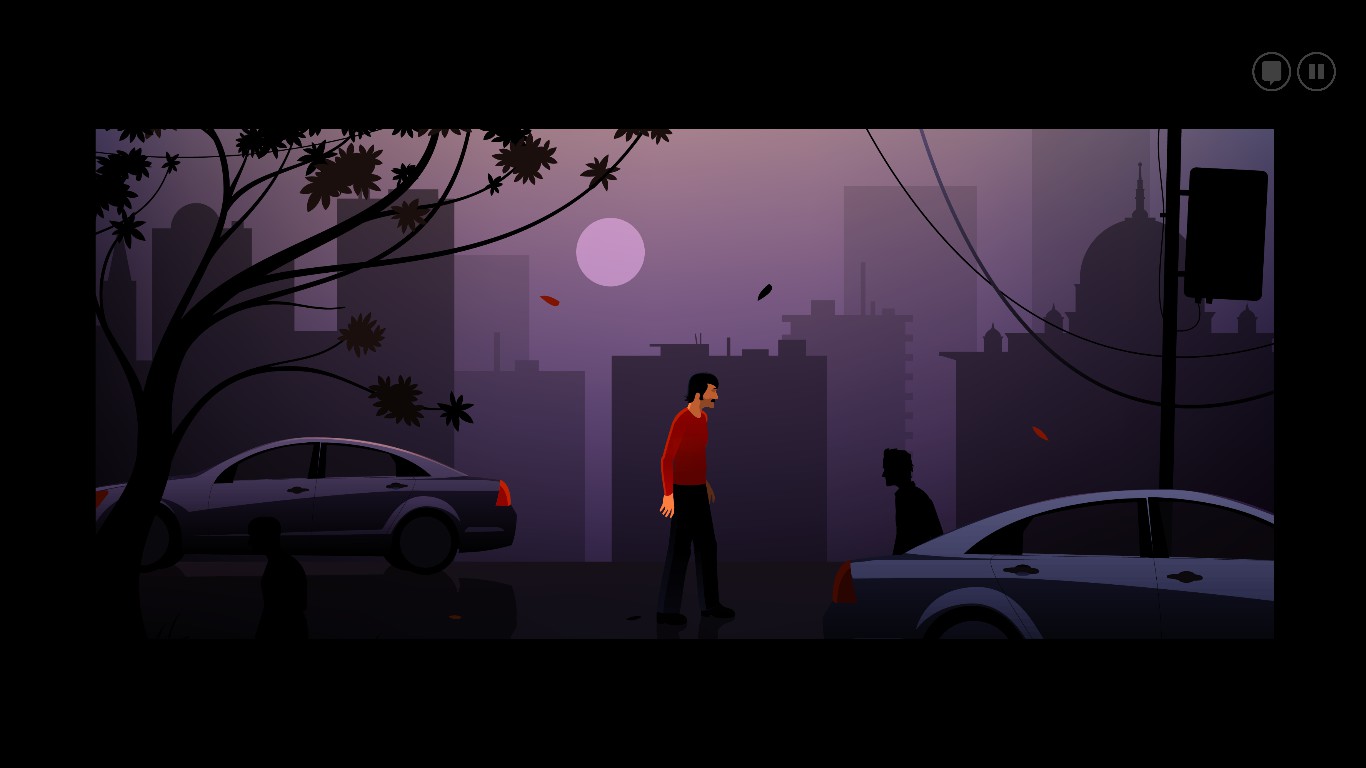 Couldn't not upload this one. Something about the moon gets me. (It could be the sun too but anyway..)

It was my first HOG and it felt just okay. Nothing special.
The story is that some people, including your father, have disappeared at this mansion. And you're trying to find them.
I wouldn't recommend buying this game.

It's named Crystals of Time. Such a catchy name. You'd expect some funky time manipulation tricks and time paradox and shit like that. Like in The Silent Age. But nope!
Also, the crystals were completely redundant and replaceable in the story. The only real purpose they served was providing hints. 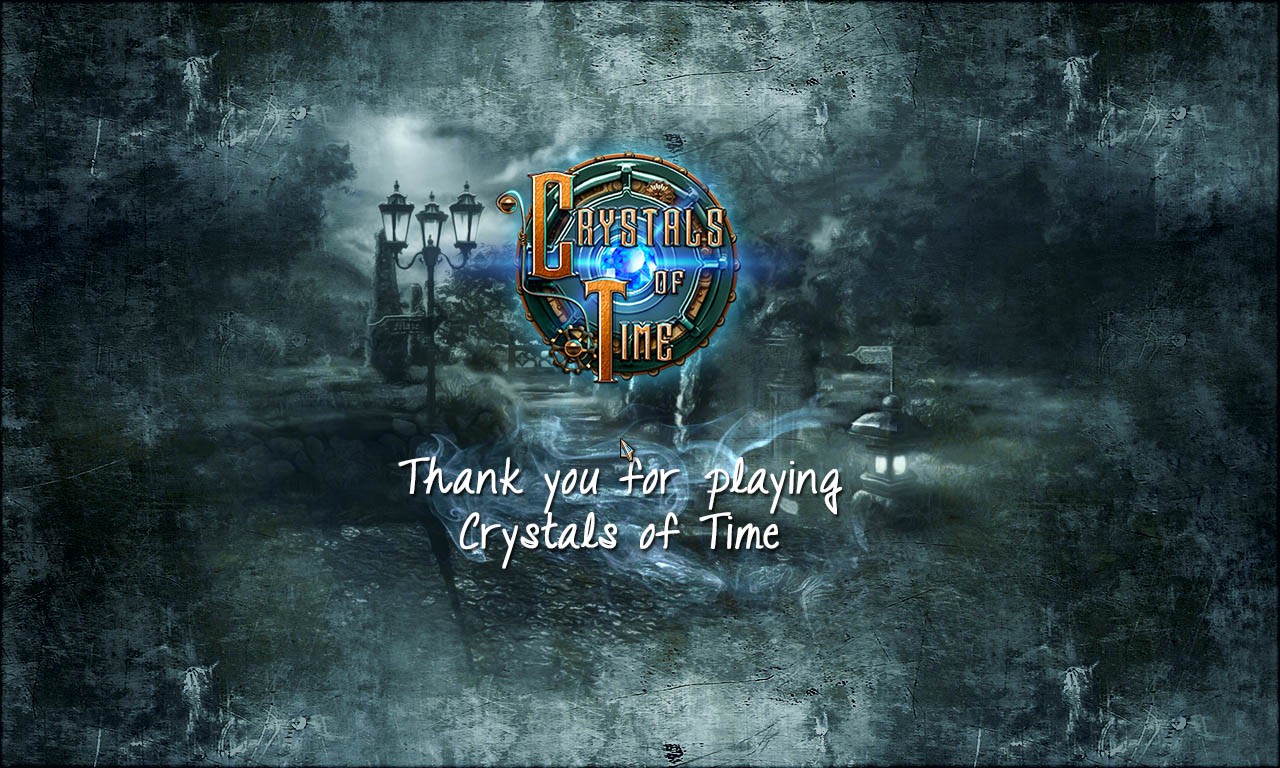 So I didn’t get time to post an update last month. And to play, in general, during these two months. ‘Cause..college :(
So I’ll just add a quick update for February and March.

Added 8 new games to my library.

So this is my first post here since joining.
Thanks to BLAEO, I’ve successfully nailed down one game from my backlog for the month.
(Yeah, just one. It’s difficult to go berserk or on an assassination spree when you gotta do college projects and watch anime and keep up with friends AND play games)
And I got to playing Ubinota ‘cause it was listed in the monthly themed games. Otherwise, who knows how long it might have stayed as a rogue backlog.
So here I’m, having completed one game off my backlog in the first month of the new year and writing my very first post on the site about it!
I should’ve probably written this post at the end of month.
(As a monthly post. Since that’s how I plan my posts to be. And they’re gonna be highly influenced by the monthly theme.)
But I know I ain’t gonna complete any game (or even start one) in next 9 days.
So..

9.5 hours of playtime, 46 of 46 achievements
Nice physics based puzzle game in a soothing environment but with a broken achievement

The game has no trading cards.
One broken achievement.
No cloud sync.
And the dev's have sortof abandoned the game.
But I really liked the game and I can see the devs put a lot of effort in making it.

The game video on pretty much explains the gameplay.
There are floating cubes, pillars that come out of nowhere and magic paints.
The goal is to paint cubes in such a way that the houses are connected to the pillars by appropriate color of paint. Cubes that are not connected to the pillar would fall, unless they're supported somehow.
You're supposed to save the houses from falling that way.

And there are different types/colors of paints (each with different properties) that are introduced as the game progresses. Red painted cubes float by themselves. Painting two adjacent cubes blue glues them together and so on.
The difficulty level overall is medium I'd say. Some levels, you just look at them and they're solved. Some others might be complex or might need a different approach and you might spend an hour on them.
Sadly there aren't many Steam guides for this game atm. But they're good enough and there's still enough help online.

The music and the art give this very soothing peaceful appeal to the gameplay. Also Lucien is such an adorable kid :')

Out of the 46 achievements, I got 41 of those just normally completing the game.
Another 4 of them, n° challenges, were a piece of cake after that.
The last one, Challenge n°1, has been broken since a game update and requires editing a game file. 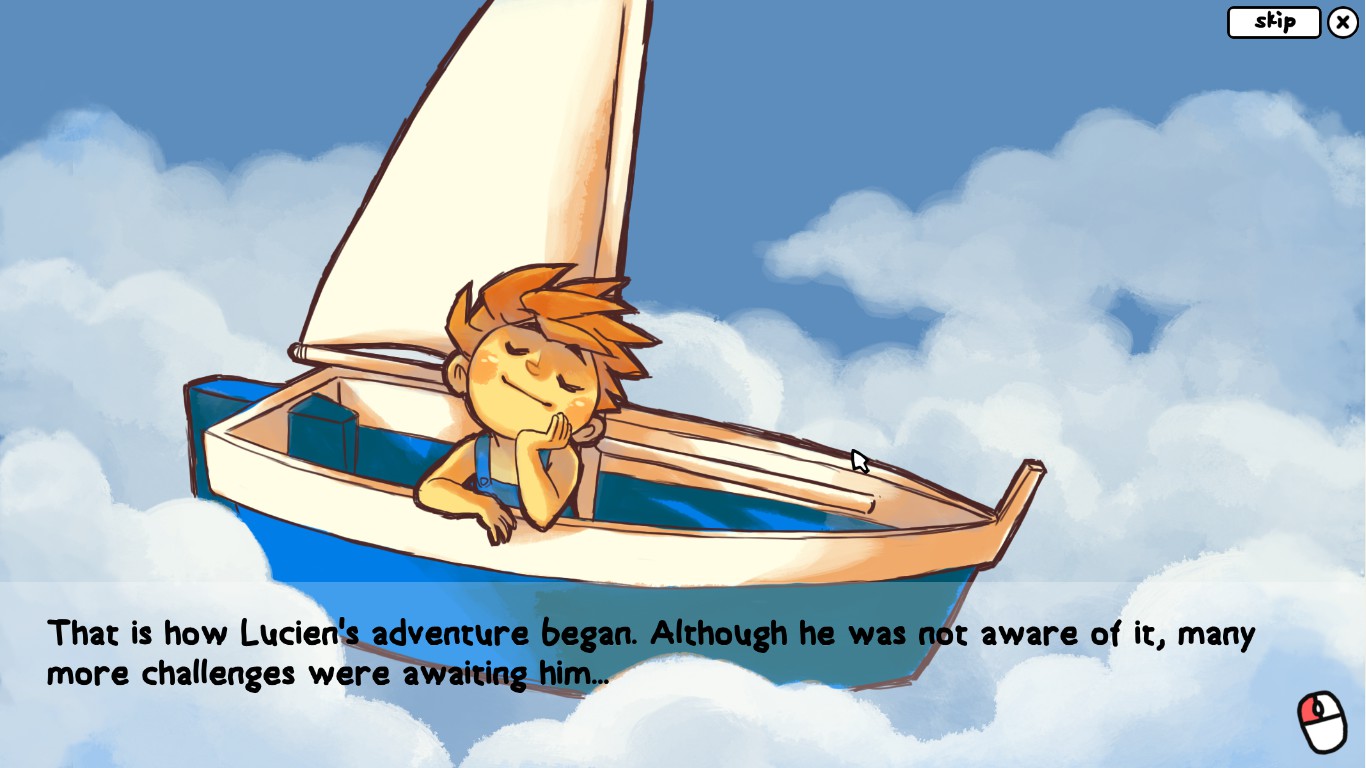 I wonder when my adventure will start like that.. 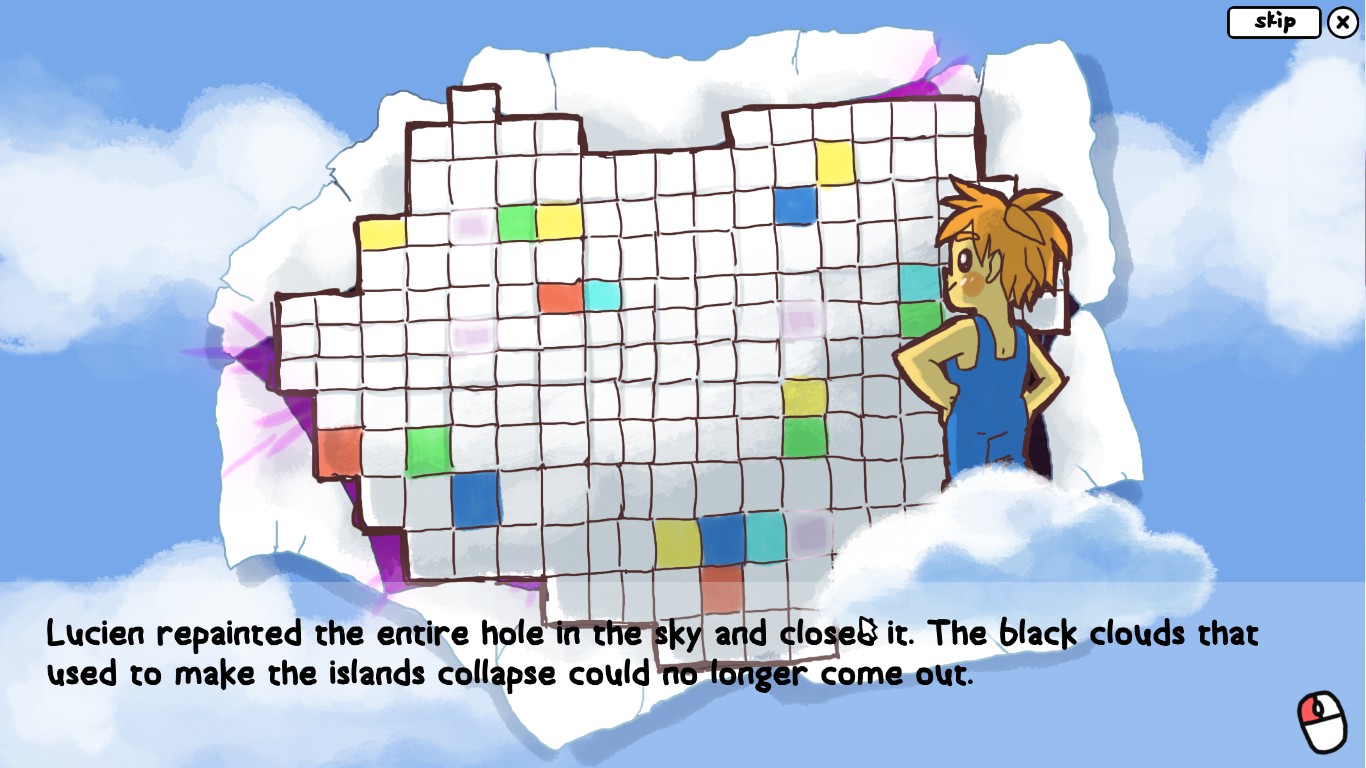 I’ve given the same review for the game on Steam. So if anyone is reading this and if you liked it, maybe upvote it here?

BTW, I’m also playing Assassin’s Creed: Brotherhood currently. And I’m planning to play AC:Revelations and then head on to The Walking Dead.
But I don’t consider any of them to be a backlog since obviously they’re planned. So no post for them!

PS. Thanks to nellyneko for being patient with me and explaining me how to do the fancy formatting :)
(IDK if you can tag users in posts here so I’ll just link to nelly’s profile)

PPS. My first post turned out to be much more longer than I expected it to be!