It came from outer space and ate our brains

Had a lot of fun with it - it’s pretty much everything I like about a relaxing game: Pewpew, neons (pink! :o), funny artstyle (made me want to play Minecraft again! - which I did). And it felt good to play this, I’m having a hard time managing everything that’s going on in my life (uni & ‘real’ job, in the sense I can’t just do my hour quota and then forget about it, which makes a little thing not going well like hell) and this game was perfect for this

I really like Tell of Tales games. Not that I’ve tried that many but Luxuria Superbia was really great. As for this one, like too many indie games like this, it was a great experience but the controls were awful. It didn’t matter too much as it’s a 30 minutes long game, but it’s kind of sad… I really like seeing how devs manage doing intersting things with almost no money. Fatale is about Salomé and I was really curious to see how they would handle her dance (screenshots of it below:). It’s also inspired by Wilde’s play (which I didn’t read… shame!) 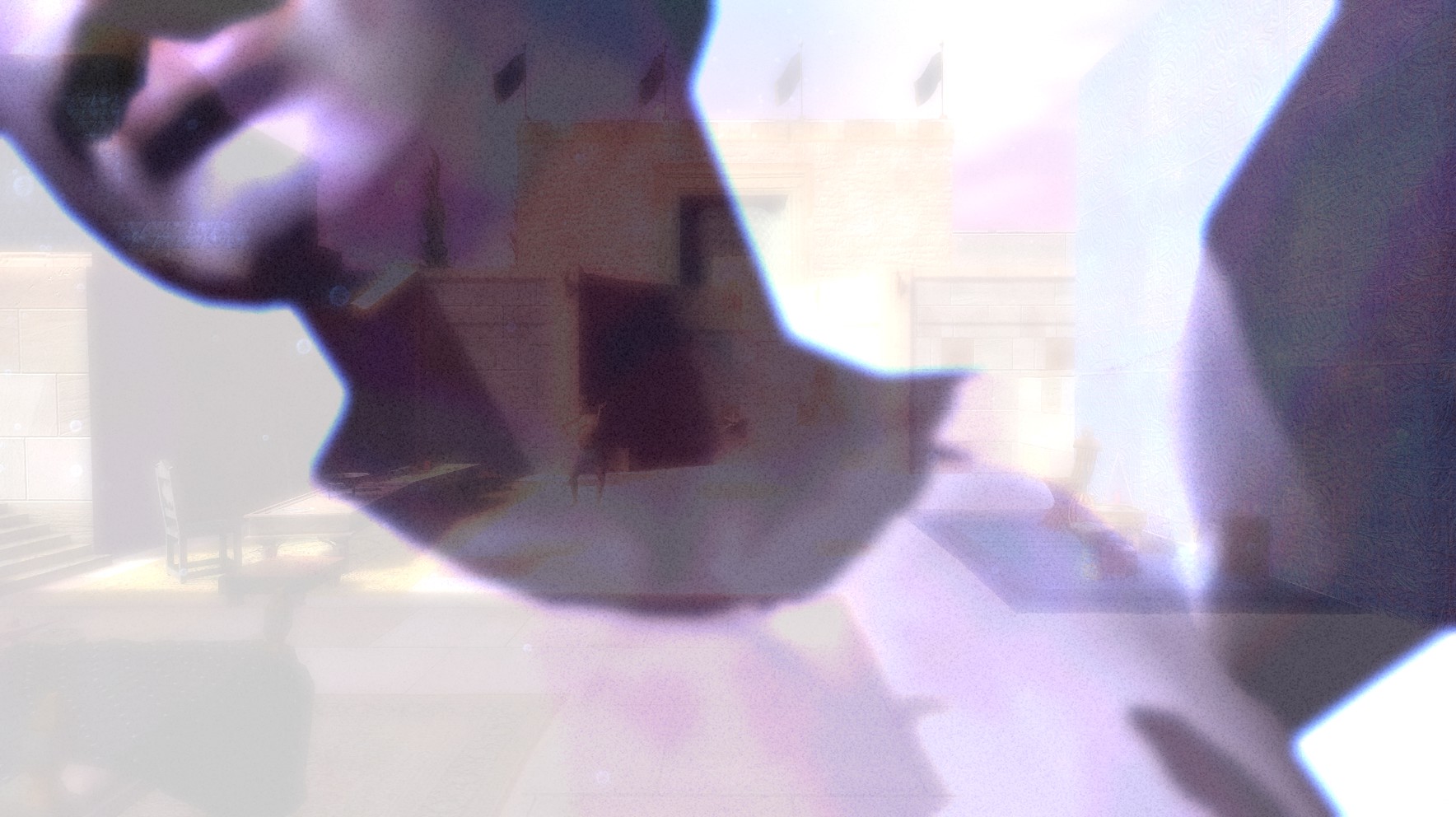 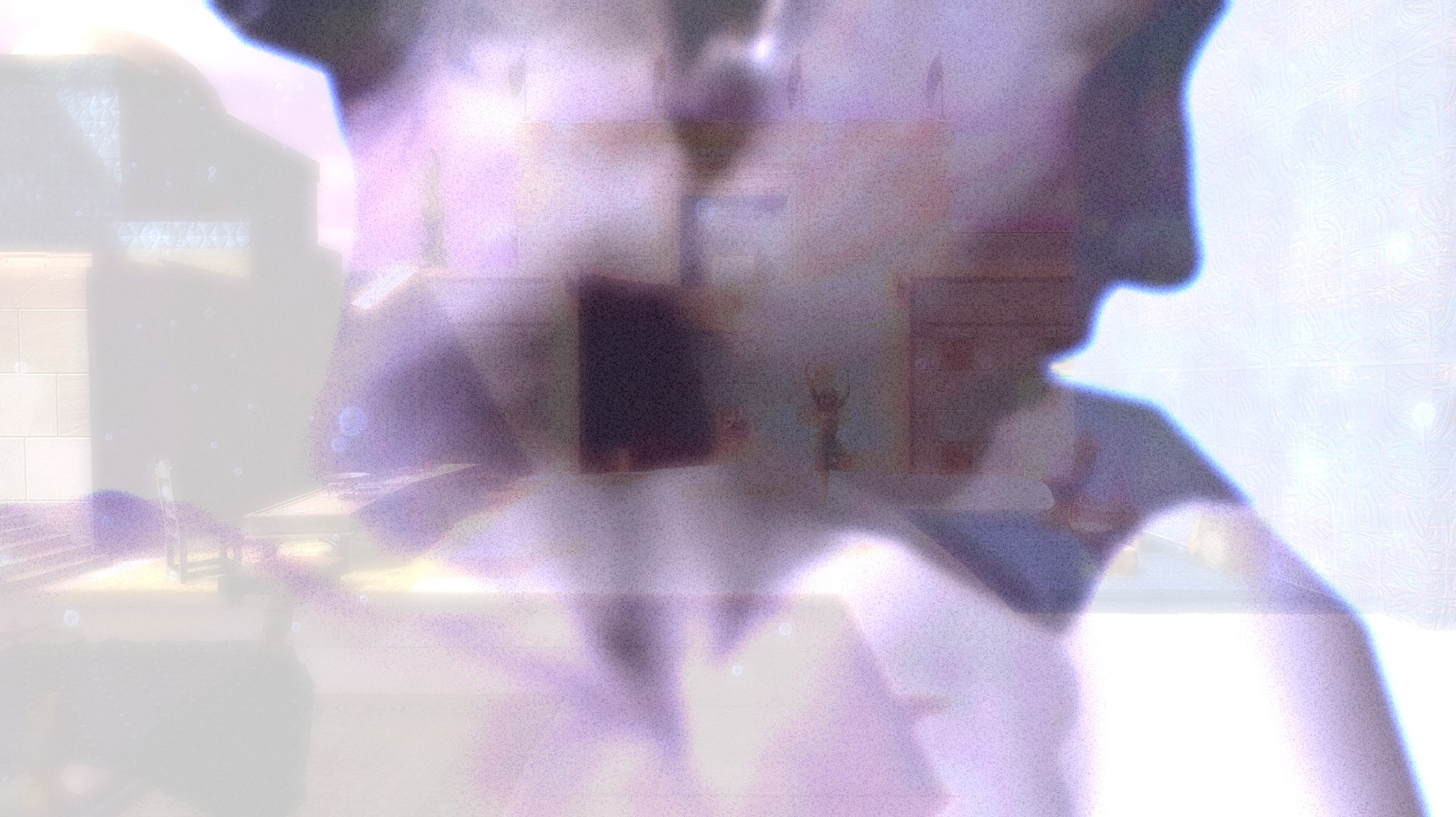 On a side note, there’s one game with probably 0 budget which was amazing in giving a unique art style with what seems like a lot of constraints - The Music Machine

I knew what I was getting into but damn… I can barely relate, I am not a man, even less a father, I don’t even have kids. But it was like going through hell.
They did an amazing work on ‘picturing’ feelings, on making game elements out of it - but then I was feeling so bad while playing. I rushed half of it, I just wanted to see it end.
In that regard, it reminded me of Journal 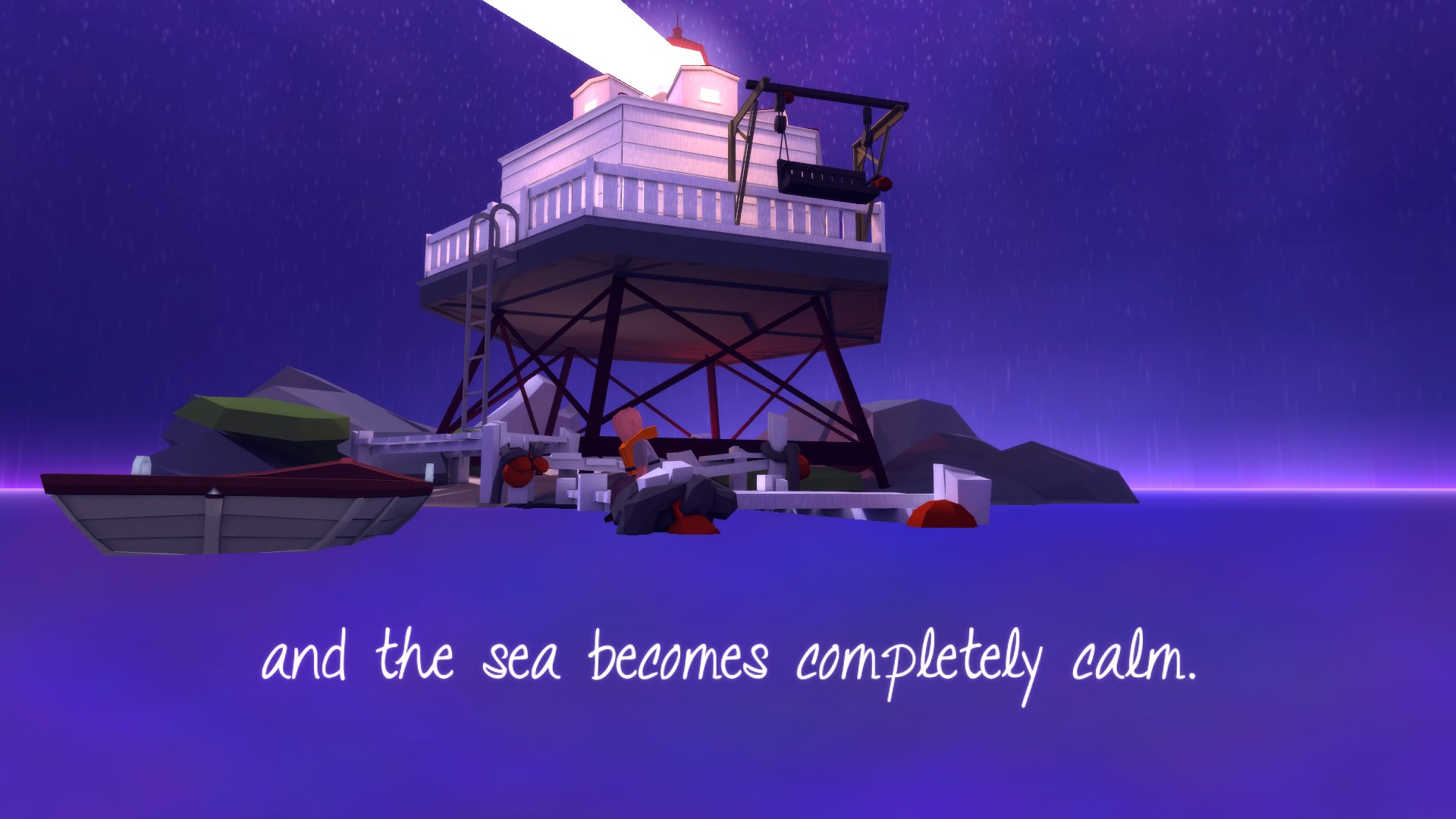 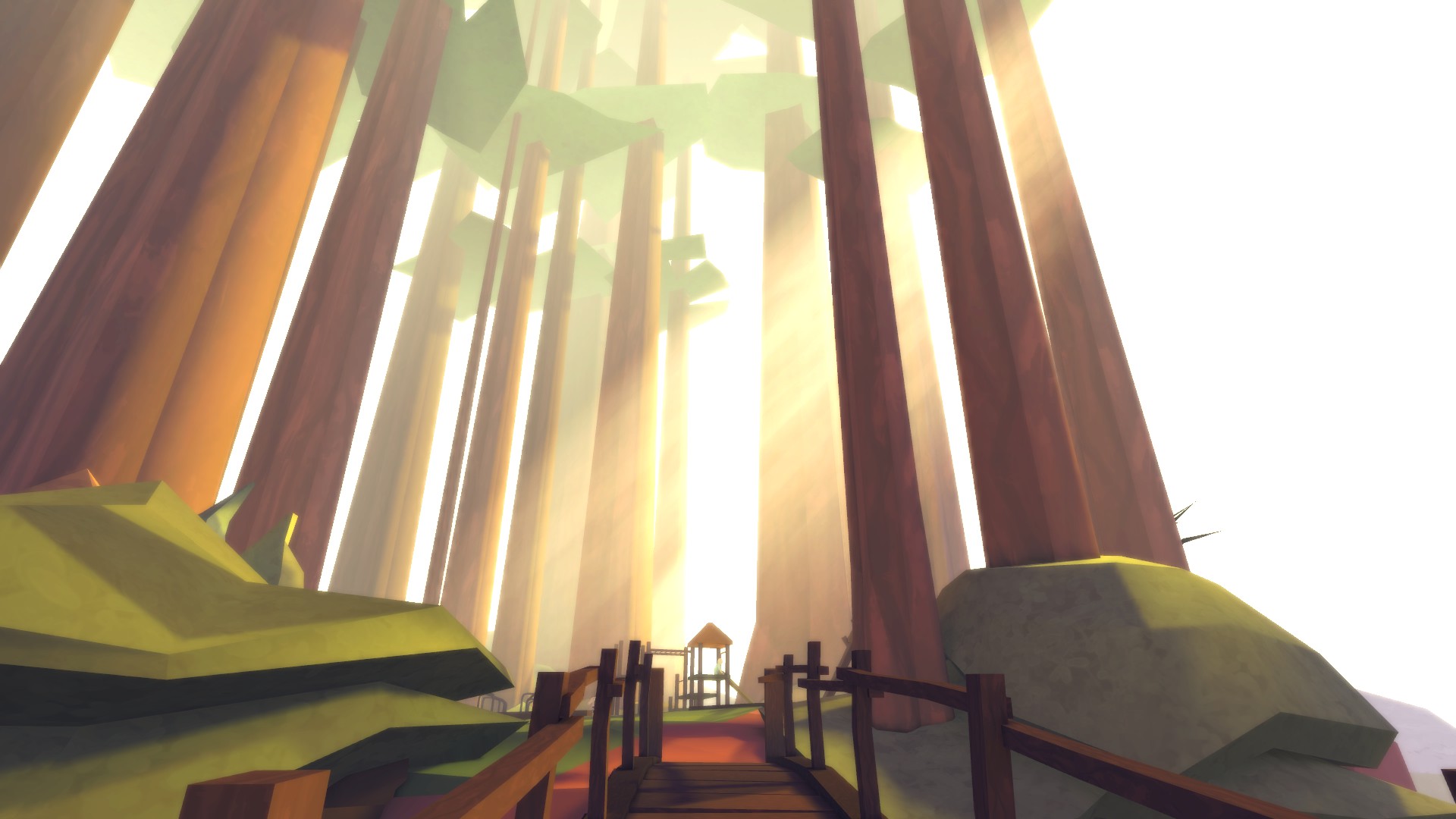 Finished this game not long after my last post. It was amazing really, started another playthrough right away but then thought I should wait a bit.
I’m not used to that kind of games, I did play recent Bioware games (DA & ME [shh] - which I love to no end) but then didn’t really try any other RPGs, I thought I would have a hard time getting into it because of how it looks, I was wrong!
It really is overwhelming in the beginning and when you start making choices (Did I mention how much I hate the Voices of Nerat?), but I equally hated myself for the choices I made and had fun playing the different classes (Sirin & Eb are amazing)
Thanks again L. <3

This one is amazingly fun! Corn with a british accent, Vladi’s calling everyone stupid, this thing with pressing ‘Q’… Really like it!

In some other news, I really miss Doctor Who and this sweet sweet music!

Thanks for the update, Selby!
Wow, Fatale was one of the first games I played on Steam back in 2012. I managed to get in 1.1 hours, though. :p
That Dragon Cancer is #3 on my wishlist. As a Dad, it will probably be very tough to play. (Journal was really good also.)
Maize looks fun. Decided I’d have to play it sans enfants because I don’t want them to start picking up unfortunate speech patterns…

It was hard for me so I can’t imagine as someone who can really identify to the situation. As hard as it was going through it, I’m glad I did. Also you might want to take into consideration I’m easily getting into stories - although this one is not a only-me thing

Well they might pick up “You’re all such idiots” but besides this… It’s quite kid friendly actually! And it was so funny!

Hello!
Sorry to bother you but I have a question about your language: why can you say New York City but not Paris City? Is it because NY is also a state?

Yep, that’s pretty much it– to distinguish that you mean the city in particular, not the state in general. NYC will often just be referred to as simply “the city” when you’re anywhere in the NY area. You wouldn’t say I’m going to Los Angeles City or Chicago City because there’s no state of Los Angeles or Chicago.

Hope all’s well with you! :D

Thank you :)
That was annoying me soooo much! And google wouldn’t help :(

Aaaaaaaaaaaw, the Doc Theme! <3
It’s fantastic, and great, and awesome and all that!

And that’s all you get from me, since I dunno a thing about them games you played… and I’m going to bed. A friend is draging the Queen way to early out of bed tomorrow, so… yeah, beauty sleep and all that. You know how it works, right? :)

I’m so happy you like Doctor Who! :)
I know we already talked about it, but everytime I see you mentionning it I’m like “YES! \o/”

Couldn’t put it here because Steam wouldn’t let me yesterday, but look! Another queen! : 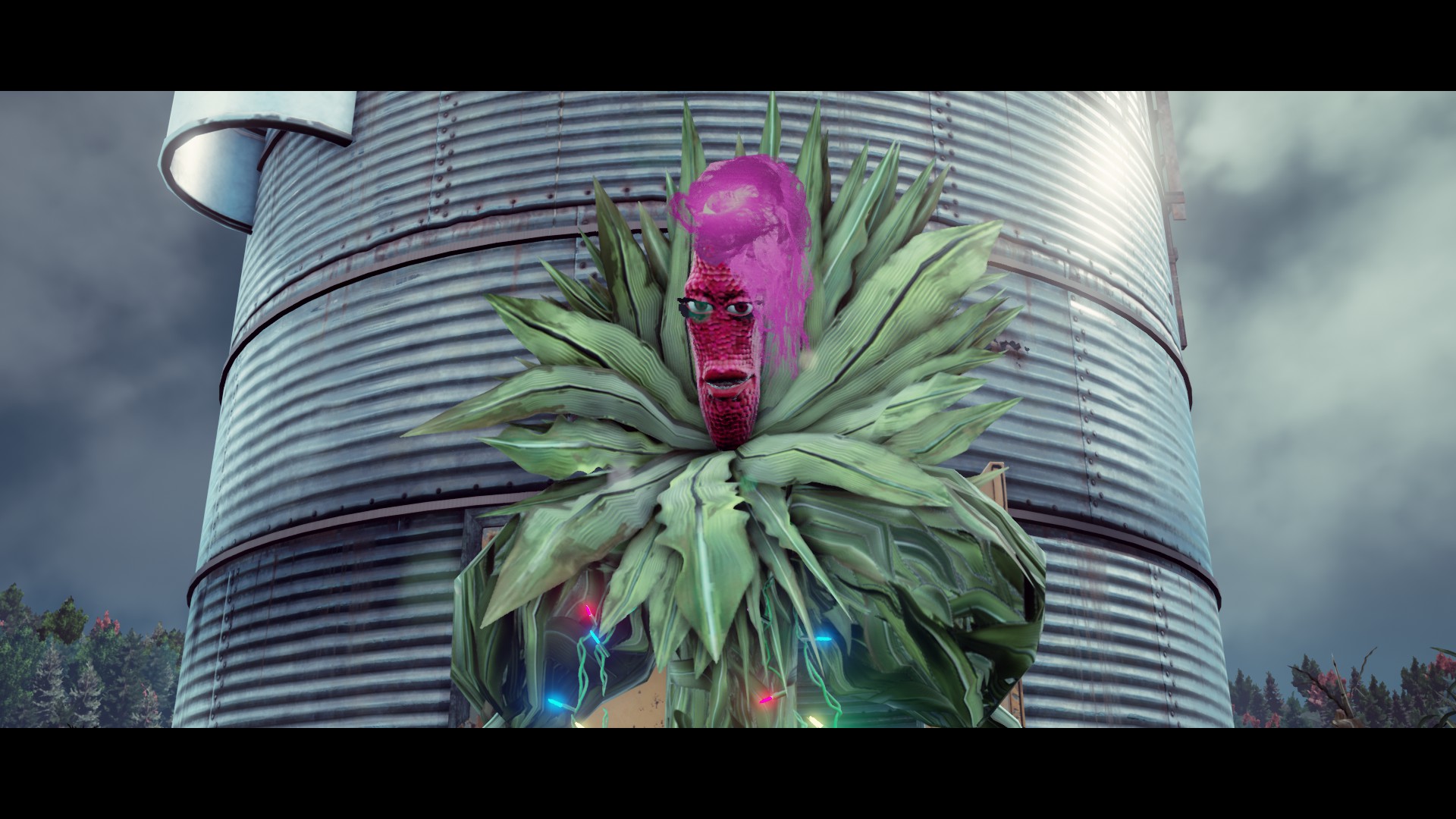 Yes, I can see it nod That’s a nice crown!

Ooh some pretty screenshots!
I’ve heard such wonderful things of That Dragon Cancer, definitely on my list of games to buy. I actually know nothing going into it (other than what the title implies) but it seems like the type of game best going in blind. I own Journal though, need to get to that one as well!

p.s. That video made me super happy and sad at the same time, I miss Matt and Karen. ;_;

Both Journal & That Dragon Cancer are somehow hard on the morale but they are great, in the artstyle, in the story, in the ‘gameplay’ mechanics (not sure how to describe it… there’s not really a gameplay but some things in those games are really specific to games, things the devs couldn’t have done in a movie or a novel).

I miss them so much too! As much as I like Capaldi, 11 & Amy were so great together, the friendship they had was so well put and… yeah…
There’s this channel with montages of DW (and other things I’ve never checked!) that I really like and there’s this one about Amy: Hello everything - lots of spoilers, just in case :)
(this one is my favourite The Lonely God)
The videos, especially the music, are quite hmmm ‘I’m gonna make you cry!’ but I love them :)

On a side note, I must ask… what is your steam profile background? The red color and the picture are gorgeous! It fits well with how fall should be (at least in my mind)

That sounds intriguing, I can’t wait to play them myself.

I’ve been meaning to get back into Doctor Who as it’s one of my favourite shows, but I stopped after watching like 7 episodes with Capaldi I just couldn’t get into it. Which is a shame. I’ve missed it and especially with the new doctor, should really give it another go. :) The show does friendships so well! Thanks for sharing, definitely got me excited again. I subscribed, had some fantastic GoT ones too.

My background is called Hypnosis Autumn. :) I’ve been using it all year long, forgot that it’s appropriate now! haha

Wow, props to you for playing That Dragon Cancer :o As much as I admire what the dev did, I don’t think I’ll ever have the stomach to play this game.

I played Maize too this month (I was expecting it to be scary but it was not at all in the end, rather quite funny actually). Glad to read you loved Tyranny too, it will definitely make the list of my favorite games I played this year for me :)

Are you french? Anyhow thank you not for sticking Dalida in my brain at 7am XD

Yes, I saw your screenshots! That was funny to see we played the same game without talking about it!

Tha Dragon Cancer was… damn, after playing I thought I shouldn’t have, couldn’t stop crying… and the fact that it is a true story, the parents who lived it made the game, worked on it and seeing real pictures of their family during end credits was too much for me…

Yes, I saw your screens and also a few other people in my steam list seemed to have played it this month. It was full of sentient corn.