Well, my first month at BLAEO is coming to an end and I made some great progress. This month’s completed list is huge and kinda feels impossible to be redone that way by myself again.

I actually already started several games of them before and just finished them this time to finally ged rid of them off my todo list.

Catan is actually a game I’m testing but I was lacking achievements on my personal steam account. If it would count the hours I spent on it in my Unity Editor it would be at like 2000-4000 hours by now (due to several years of development). I didn’t even think I’d spend that much time on a game I’m playing at work all day long on my spare time, but well… it’s at 50+ hours anyway.
Ori and the Blind Forest is one of my favourite games if it’s about art style and storyline. I’m so glad I finally managed to complete that one as well - even though some of the achievements like the speedrun were a real pain. Never played it but got it in your library? Do it! Now! I beg you! I won’t write anything else about that game to avoid spoilers, but it’s really one of those games that everyone should have played.
Nekopara Vol. 0 is all about the plot (wink wink). Most useful game-setting? To set the bounce factor higher. It allows to skip all textboxes automatically so if you just aim for completing its achievements it most likely could be done within an hour or so.
Yomawari is one of the games that I didn’t know if I’d enjoy it or not. It was laying around for quite a while and the content is kinda disturbing. The whole story is about finding your sister who is trying to find your lost dog… at night. It’s a mix between hide and seek and exploration while the story continually forces you to deal with death and fate of others. The game itself lasted about 10-12 hours, but it needed to run for a total of 50 hours to trigger the final achievement. Running in the background was fine, so I was able to play other games in the meantime.
Anima Gate of Memories was one of the games that got me enraged when I started playing it months ago. Camera and and control were really annoying at the start and I normally didn’t play that kind of game before (except Dynasty Warriors which didn’t need a good camera handling). Dropping that title that early (I barely reached the second boss at that time) is something that I really regret by now. After you manage to get used to the controls it’s really a great game - I even completed the NG+ mode with several endings afterwards for a reason. :)
Deadpool? Chimichangaz, baby!

In addition I finished a few games that I own on almost every platform available and that I play every now and then since I’m a kid. Point&Click adventures? It’s my turn!
If it’s all about my taste, Lucas Arts games are some kind of Holy Grail for me if it’s about Point&Click adventures. I love the S.C.U.M.M. bar and their games accompanied me through my whole childhood. Monkey Island actually was one of the first games I ever had and I still own hardcopies for all Monkey Island titles including the anti piracy cypher and stuff. Too bad Monkey Island 3 and 4 never made it to the Steam Store.
I really need to get myself Thimbleweed Park… I’m addicted <.<

There were several games that I really enjoyed - either because they were the kind of game I really enjoy playing anyway (Point & Click), they were relaxing or just pure craziness (Why the heck did I even play Hatoful Boyfriend to 100%? I mean - a pigeon dating sim? Really?)

Also several games are really trash as I found out afterwards and seemed to be created just to award achievements easily. What a waste of time - but atleast those were finished fast.
Arcane Raise series and Hunter’s Grimm both throw all of their achievements at you at once. It’s like they want to shovel you a grave with trashy emoticons that you most likely will never need and with the only purpose to decorate your profile. I mean… seriously? Just imagine you play through the tutorial of Hunter’s Grim, let the game run idling for half an hour, save and restart it and a whole bunch of 695 achievements unlocks at once. This isn’t just madness - it’s Sparta. and it’s intended by the dev…

Last but not least: The games I didn’t manage to complete or finish.
Sadly Just Hero is broken or atleast two of its achievements are - for several months by now although the dev told he’d fix them. Therefore I just can mark it as “beaten” for now.
Clandestinity of Elsie is kinda annoying. It’s almost like a cheap ripoff of Yomawari where you’re able to fight the monsters. I just decided for myself to drop that one for this month ‘cause it wasn’t fun at all.
Demon Hunter: Chronicles from Beyond is a simple HOG. I’ll definitely continue that one (especially ‘cause HOGs tend to be short) and just didn’t manage to finish it in time.

So, that’s it for this month. Thanks for reading and better don’t imagine what you could have done with your own backlog while spending your time reading my post. :D 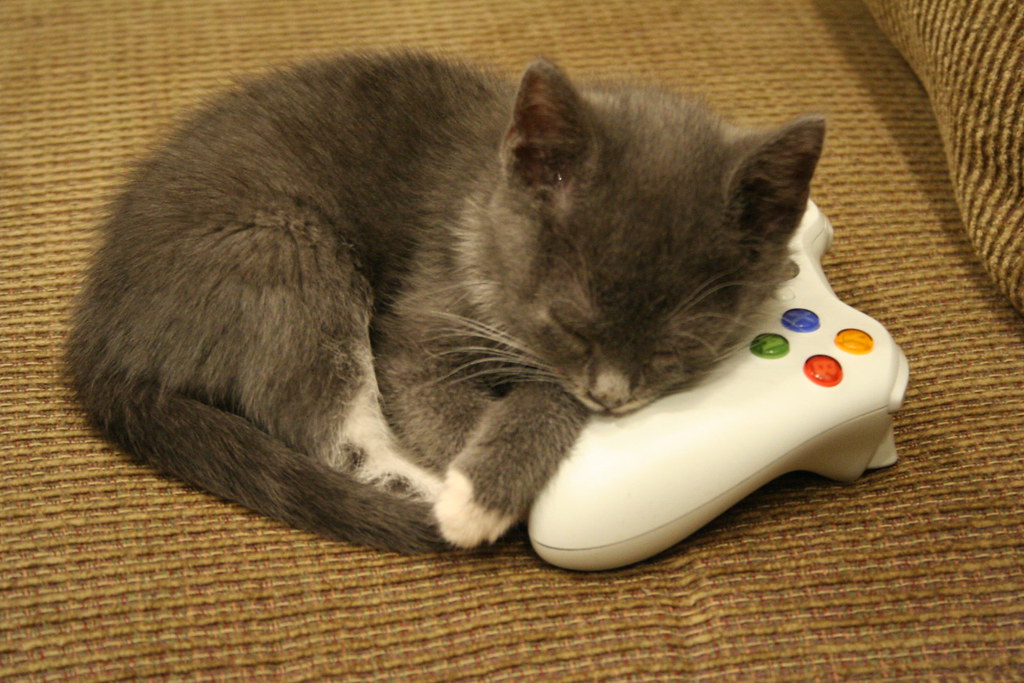 Too bad Monkey Island 3, 4, and 5 never made it to the Steam Store.

I don’t think Monkey Island 5 made it to any platform (since it doesn’t exist :p).

Ah I love Monkey Island and Lucas games, but also other point and click games as well.

There are several good games of that kind on Steam. Seems like you already found Technobabylon - that one is great. Its publisher Wadjet Eye Games focuses on that kind of games. Those that I already played were quite good, although you really need to get used to their low resolution pixel art on some of their games.

Yeah, I also played the Blackwell series (not on Steam) which I really enjoyed. I also played Katy Rain and the old Sierra games (King’s Quest, Space Quest, …) so the low resolution graphics don’t bother me.

So, yeah I start your post from behind - yep, it sounds in my head just as wrong :]
It’s no shame to date pigeons 100%, I’ve gone there myself. Even tried the holiday thing, although I liked that way less. Oh, AND they are quite pretty pigeons ;) :]

Catan? I know the boardgame - and hated it since I was forced to play it way to often, even with winning a fair amount…
So is it a coop/multi game or how does it work?
And nooooooooooooooooo, I’m not looking at it and tempted to install it, since it’s for free. I AM NOT! hide

Oh, and since we’re doing it the wrong way: Congrats on your first month with us and getting so much done! :)

Catan isn’t really free. It’s a wrong default tag of Steam… The game is actually freemium. The base game standard board and the cardgame can be accessed as a multiplayer map for free.
You can purchase the base game to play against the AI and expansions for additional rulesets and maps. (And custom multiplayer to choose who to play with instead of random opponents)
Let me know if you look for someone to play with. :)

So starters free, then buy something to have more fun. Right, I know these kinda games. They are horrible. I tend to like them… and then keep trying to not spent money :D
And it’s an endless game! Gosh, I just realized I had to go somewhere. Cats are calling or something :D
But I will tell you, if I do land there ;) :)

So Anima was a PC release? I thought Liam (SBF) was playing some weeb :3 game on PS2…Man thats rough.
Caught him doing a joke ending, and the Little i watched, he just kept missing the first hit

PS: I did complete Just Hero, not that i would recommend that game to anyone

Wow, that’s a neat progress for your first month as a backlog assassin, congrats ;)