A Trip Down Nostalgia Lane

My brother visited me after not seeing him for a few years and we did what one would normally do. No, we didn’t go out to visit some places or anything like that, we played that one game we beat over twenty times and was last played in 2001. I’m talking about Resident Evil 3 - Nemesis

Playing a game this old makes you really aware of how much gameplay has changed over the years. Things you take for granted (like getting up/down platforms automatically when running towards them or using keys (and other key items) when needed just by pressing x on the locks (or whatever else that item is needed) instead of having to search for that item in your inventory) are missing here and it makes for an awkward experience until you get used to it. There’s also the whole “tank aiming” which is pretty bad, but imo it still beats aiming with the twin sticks.

Replaying this game also helped me remember some bits of the plot I forgot as well as some puzzles and map layouts. You have no idea the amount of pointless backtracking I did in the hospital because I forgot to check the rooms in order. Also I didn’t remember well what happened between when you leave Raccoon Park and you get in the facility, as in there should have been another map in between them. It turned out there wasn’t anything there and the transition from one map to the other was pretty abrupt.

All in all I wish this game gets remade like RE1 and RE2 did. The game could definitely use a gameplay overhaul (and improve its graphics while you’re at it) and the story is already good enough to not need any changes (except you know don’t put a secret facility right next to a park).

I really hope they remake this one soon. I don’t remember anything except how nemesis freaked me out as a kid.

Indeed. Nemesis has that habit of popping out when you expect him the least. My biggest “OH SHIT!” moment during my first playthrough was when you’re going back from the hospital with the vaccine ready (and a bit short of ammo) and he breaks through a wall in the Clock Tower. The tentacles he had in that part made it even more shocking xD 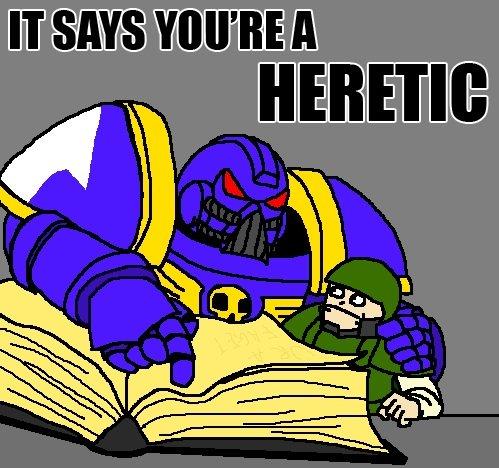 I mean, if the game gives you limited ammo or has delays between your shots or something, I could maybe see it (because I don’t like when twin-stick shooters do that, either), but traditional arcade-style twin-stick SHMUPs where just pointing the stick shoots continuously in that direction while also allowing freedom of movement with the other stick? I have trouble seeing how that could somehow be worse than tank controls.

I guess I explained myself badly. I meant aiming using the sticks in games like MGS: Ground Zeroes in which making a precise shot is annoyingly hard. I’m perfectly fine with using them on shmups like Beathazard.

Ohhhh, you meant console-FPS/TPS controls! Okay, I can definitely see that (but yeah, that’s a very different thing from twin-stick shooters). ☺

Probably the best contender for my favorite RE game (next to RE2). Perhaps I am too influenced by nostalgia, but I wouldn’t mind seeing a little more gameplay like they did in this. Kind of manually going through everything makes me feel like I’m actually doing something instead of just pointing a gun at stuff, and the stationary cameras give a sense of eeriness of not knowing around your surroundings and as if someone was watching you you… you are watching you… but you get my point ;) . Oh and Nemesis, players who played the RE2 remake think Mr. X is a terror? Wait til they meet Nemesis, though the only reason RE3 doesn’t make it to my top RE game is the final form of Nemesis is just a giant blob?! This badass bioweapon that had me in terror the whole game, making me seriously question if I should face him or run turns into a lame not very dangerious blob that is killed all too easy?! Tyrant and Mr. X all got faster and more lethal, but Nemesis weaker? REALLY?! Anyways, past that rant, I wouldn’t mind if they totally reworked that portion of the game. Also the fact that nowhere was safe from Nemesis not even safe rooms! next thing you know…

I don’t know how many times I’ve beaten it (a lot), but I remember that the last time I played it (a long time ago), I’ve pretty much memorized the layout such that I no longer used the map, and I knew exactly where to go when Nemesis appeared, and what stuff to bring to minimize backtracking. Ah, those good old days when I beat games multiple times because I didn’t have 100 other games waiting in the backlog… I’ve probably forgotten a lot of things but I still remember Jill’s monologues (or were those journal entries?)… September 28th. Daylight. The monsters have overtaken the city. Somehow, I’m still alive. Then, October 1st. Night. I woke up to the sound of falling rain. I can’t believe I’m still alive. XD

Ah, those good old days when I beat games multiple times because I didn’t have 100 other games waiting in the backlog…

They were most definitely simpler times, finding new ways to play games you’ve already played a dozen times. (i.e. knife only runs, wrench only runs (Doom 3), trying out different things in general). Both a gift and curse that we obtained thousands of games, when before we had on average 10 at any one time. Do we truly deserve this paradise and freedom or do we squander it with abundance. May we repent through overcoming our backlogs we burden ourselves with.